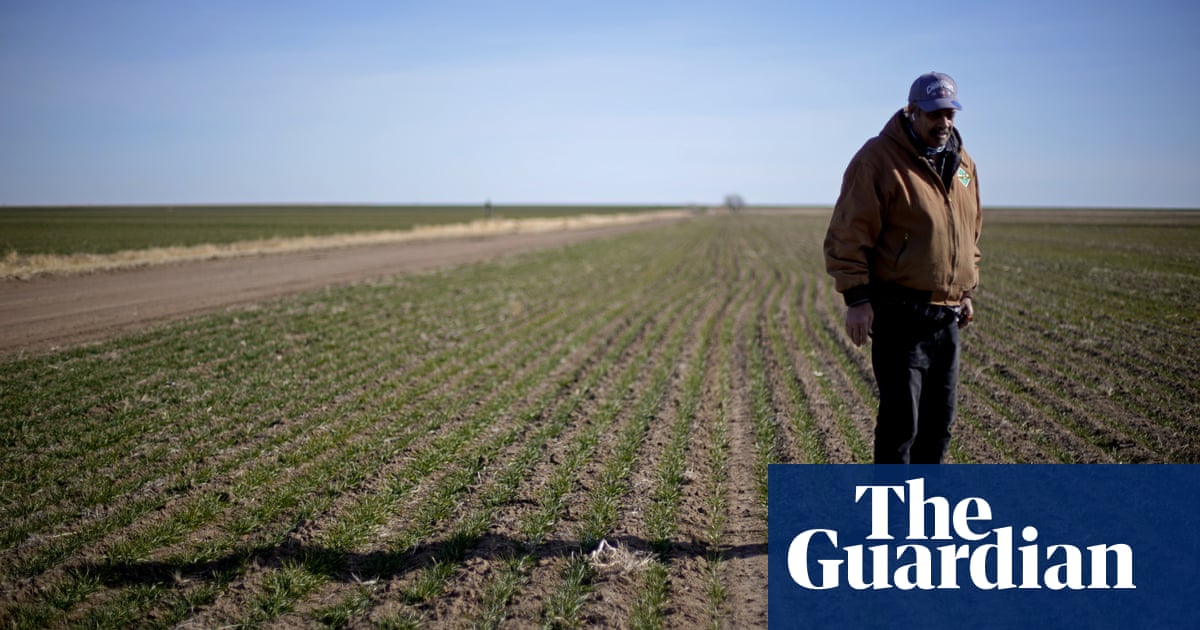 For the first time in American history, members of the House agriculture committee heard from black farmers about the impact of systemic discrimination by the Department of Agriculture (USDA).

Thursday’s hearing came on the heels of the allocation of $ 5 billion to socially disadvantaged farmers of color earlier this month as part of the coronavirus relief and economic stimulus package. The funding, $ 4 billion for debt forgiveness, $ 1 billion for other forms of support, is meant to account for generations of abuse of farmers of color by the USDA.

“This festering wound in the soul of agriculture must be healed,” said Congressman David Scott of Georgia, who was born on a farm in South Carolina owned by his grandparents and is now the first black person to chair the committee.

Black farmers offered familiar testimonies of racism in the industry and from the USDA. Sedrick Rowe, an organic peanut farmer in Georgia, spoke of crop buyers who told him they had finished buying peanuts by the day he arrived. PJ Haynie of the National Council of Black Growers recounted that black farmers got by on unirrigated land, while their white neighbors used help from the USDA to irrigate theirs.

Once they made up about 14% of American farmers, black farmers make up less than 2% today. Many were expelled for racist credit practices by the agriculture department that led to large losses of land, income, profits, and wealth generation.

That wealth cannot be recovered. Black farmers will never get back the land they lost. But the USDA appears to be trying to foster renewed confidence in the department.

In addition to Scott’s landmark appointment in December, the USDA, perhaps in recognition of Tom Vilsack’s second term as secretary of agriculture and which was greeted with disappointment by many black farmers and leaders, appointed Dewayne Goldmon, former executive director of the National Council of Black Growers, as the USDA’s first Senior Racial Equity Advisor. And, if confirmed, Jewel Bronaugh will be the first black woman to serve as the department’s undersecretary.

Still, black farmers remain skeptical. “That is very good intention. But the USDA foundation is crooked, ”said Michael Carter, a Virginia farmer, of the seemingly reactive diversity efforts. “You can’t put in a new roof and hope that the foundation will be straight again.”

Scott asked Vilsack on Thursday how much of his time will be spent getting the $ 5 billion in stimulus funds in the hands of black farmers. Vilsack responded that he has no doubt that his staff understands that this is at the top of their list in terms of priorities.

“This is a meeting that I have been advocating for 30 years,” said John Boyd Jr. “On behalf of all black farmers and black farmers, we thank you for finally hearing our cries.”

But as president and founder of the National Association of Black Farmers, Boyd said his phones were ringing non-stop and farmers were asking when they would get relief. At the end of the four-and-a-half hour hearing, that release was still unclear. Boyd, who has advocated on behalf of black farmers and brought inequality issues to the fore for decades, urged a swift move to implement this debt relief.

“This should have been doing in the first place,” he said over the phone. Recalling his own defense of Thursday’s hearing, he stood his ground. “You don’t think about that. You have so many obstacles, so many fights “