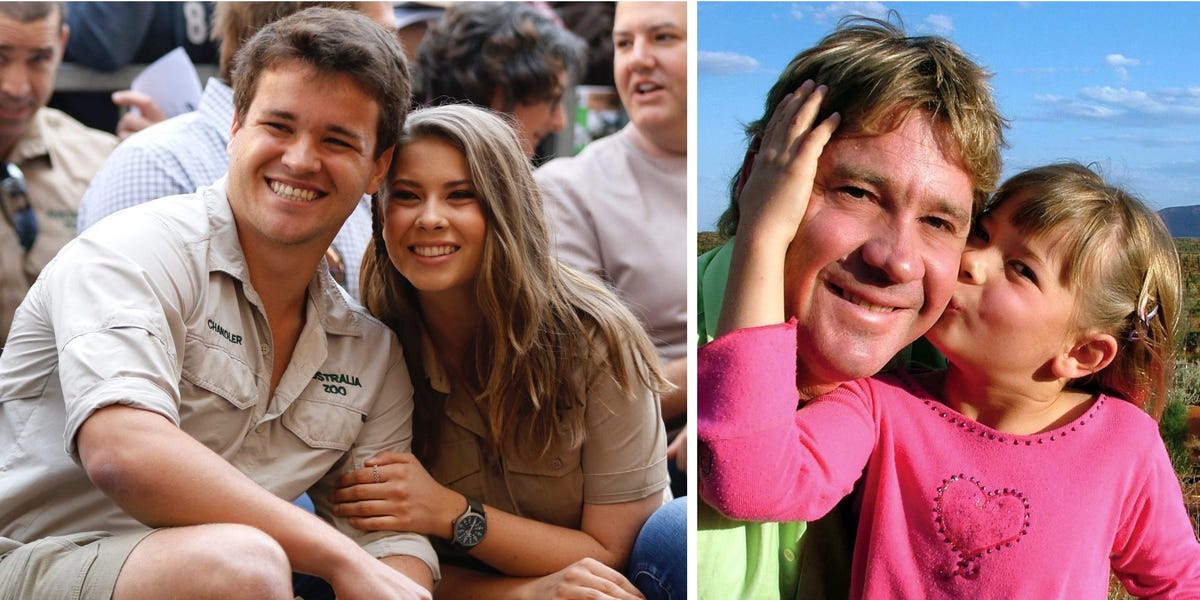 Irwin announced the birth of his first child, Grace Warrior Irwin Powell, on Instagram this morning, explaining how the name pays tribute to various family members, including his late father.

“Our graceful warrior is the most beautiful light,” Irwin wrote in the photo.

She told her followers that the name Grace honors her great-grandmother and other relatives in her husband Chandler Powell’s family; He said the name dates back to the 1700s by Powell.

Irwin continued, “His middle name, Warrior Irwin, is a tribute to my father and his legacy as the most incredible Wildlife Warrior.”

Steve Irwin was known for his work in wildlife conservation and for his television show “The Crocodile Hunter.” He was killed by a stingray in 2006 at the age of 44.

“There are no words to describe the infinite amount of love in our hearts for our sweet little girl,” Bindi Irwin wrote on Instagram. “She chose the perfect day to be born and we feel tremendously blessed.”

Their daughter was born on the couple’s first wedding anniversary. Irwin married Powell, a professional wakeboarder, in a “small ceremony” at the Australia Zoo in March 2020, due to the spread of COVID-19.

Both Irwin and Powell announced separately on Instagram in August that they were waiting. Powell wrote in his post that “becoming a father is the highlight of my life.”

In January, she recreated a photo her parents took while waiting for their son Robert, Bindi’s younger brother.

She also honored her parents’ 14-year marriage when she wore a wedding dress that she said “mimicked” her mother’s wedding dress.