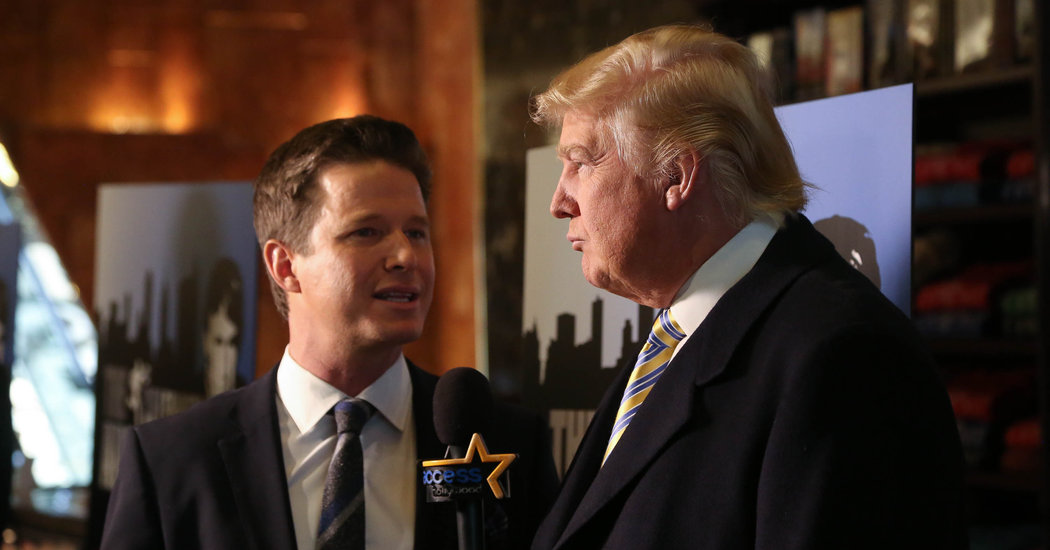 President Trump is currently turning himself in to some revisionist history, reportedly telling allies, including at least one US senator, that the voice on the tape is not his. This has put a nerve in my flesh.

I can only imagine how the wounds of the women who presented their stories about him have been reopened and did not receive enough attention. Currently, this country is trying to reconcile itself with years of abuse of power and badual misconduct. Their leader is making fun of the bear.

In 2005, I was in my first full year as host of the "Access Hollywood" program on NBC. Mr. Trump, then in "The Apprentice", was the biggest star in the network.

The key to success in my job was to establish a good relationship with celebrities. I did it and I was rewarded for it. My segments with Donald Trump when I was just a correspondent were part of the reason why I was promoted.

NBC tripled my salary and paid for my moving van from New York to Los Angeles.

Was I acting on my own? interest? You bet yes. I was alone? Far from there. With Mr. Trump's big audience in 2005, everyone, from Billy Bush to the top on the 52nd floor, had to caress the ego of the big cash cow on the road to greater profits.

None of us was guilty of knowingly enabling our future president. But all of us were guilty of sacrificing ourselves a bit in the name of success.

Ten years later, I did say what I thought. Shortly after Mr. Trump declared his candidacy, I let him know in "Access Hollywood Live" that I thought this was an absurd idea.

In the days, weeks and months that followed, I was very critical of the idea of ​​a Trump presidency. The man who once told me, ironically, in another conversation outside the camera, after I called him for inflating his grades: "People will just believe you, you just tell them and they believe you," I thought, it was not a good option to run our country.

I tried to conduct a serious interview with him as a candidate; Every time I asked for one, they rejected me.

This moment in American life is undoubtedly painful for many women. It is especially painful for women who have presented themselves, at the risk of being linked forever to an event, this man, this president of the United States. (I still I can not believe I just wrote that.)

To these women: I will never know the fear they felt or the frustration of being summarily dismissed and calling a liar, but I do know a lot about the anguish to be inexorably united with Donald Trump. You have my respect and admiration. You are the warriors of culture at the forefront of the necessary change.

I have faith that when the hard work of exposing these injustices ends, the current media drama of who did what to whom will lead to a constructive dialogue between mature men and women in the workplace and beyond. Activist and gender relations expert Jackson Katz has said that this is not a problem for women, it is a problem for men. That's a good place to start, and it's something I have real thoughts about, but it's a story for another day.

Today is about counting and waking up, and I hope it reaches all the boys on the bus.

a personal note, this past year has been an odyssey, the likes of which I hope never to face again: anger, anxiety, betrayal, humiliation, many selfish emotions but, I hope, understandable. But these have given way to light, both spiritual and intellectual. It has been fortifying.

I know I do not need the accessories of fame to know God and be happy. After all last year, I think I am a better man and father for my three teenage daughters, far from being perfect, but better.