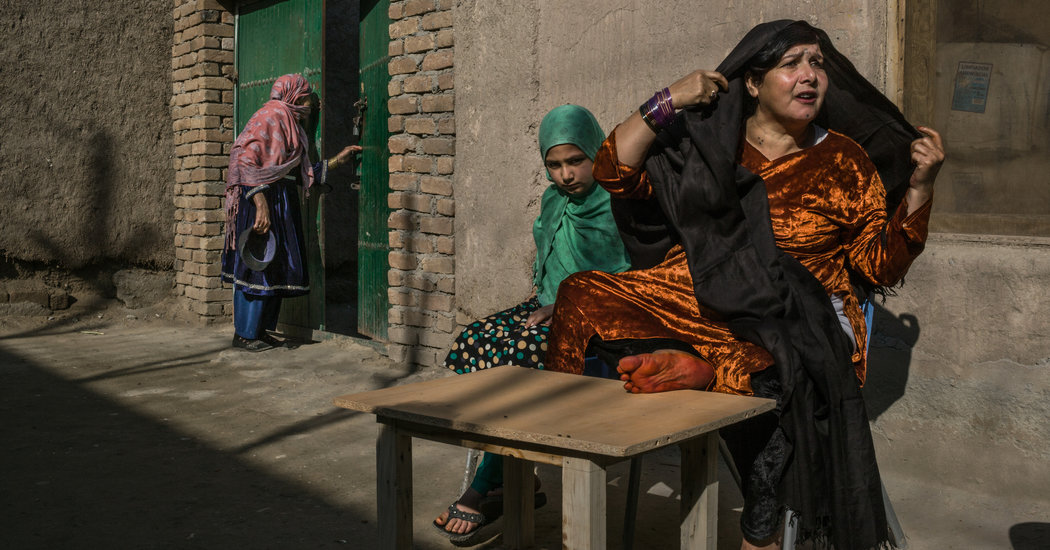 • Consolidation in medical care in general has not been good for Americans. Here's why this agreement could be an exception.

• President Trump, who has positioned himself as an advocate of law and order, is now in a public dispute with major law enforcement agents, writes our White House correspondent Michael D. Shear.

On Sunday, Mr. Trump accused the bipartisan office in his investigation of Russia.

Michael Flynn, the former national security adviser, admitted Friday that he was lying to the FBI. about his conversations with the Russian ambbadador during the presidential transition.

• Current and former F.B.I. officials historians and legislators rebuked the president for undermining the credibility of the bureau.

• The Metropolitan Opera suspended its four-decade badociation with James Levine, its director and its former music director, after three men said they badually abused them decades ago, when the men were teenagers.

Exposed of the allegations on Sunday night, a spokesperson for Mr. Levine made no comment.

• Separately, former television host Billy Bush questioned President Trump's recent claims that the voice in the infamous "Access Hollywood" recording was not his. "He said it," Bush said in an op-ed for The Times.

" The Daily": Beyond taxes.

• What made it a reform, in addition to tax cuts, and how could the measure reshape American society?

Listen on a computer, an iOS device or an Android device.

• Powered by the rise in the price of Bitcoin the frenzy of the virtual currency markets is feverish in South Korea.

• American Airlines solved a programming problem that could have left thousands of flights without a pilot during the holidays.

• It is planned to sentence a former Volkswagen executive the scandal of diesel emissions. It is one of the headlines to see this week.

• US stocks UU fell on Friday. Here is a snapshot of the world markets.

Tips, new and old, for a more satisfying life.

• A linking activity for parents and children: cooking.

• Recipe of the day: Start the week with a stellar farro salad.

• The White House denied that it was pursuing a plan for peace in the Middle East that would offer the Palestinians limited sovereignty and would not give them East Jerusalem as their capital .

• Lowell Hawthorne a Jamaican immigrant, built the Golden Krust Caribbean Bakery & Grill in a fast food empire in New York City and beyond. He committed suicide on Saturday.

• At the Kennedy Center Honors the recipients spoke openly about the policies of President Trump, who skipped the ceremony.

• Alabama outperformed the state of Ohio for the final spot in the college football tiebreaker, joined Clemson, Georgia and Oklahoma.

• In the N.F.L. The Minnesota Vikings won their eighth consecutive game. Here are all the scores of Sunday.

In today's 360 video, visit the ancient city of Jordan, built by the Nabateans from the 4th century BC to the 2nd century AD

• Partial scripture that should not be missed.

• A national monument could be contracted.

President Trump will announce today a huge reduction of the Bears Ears National Monument in Utah. The area has been at the center of a struggle over how much land a president can reserve for his protection.

• Appointment of the day.

"How do you think it feels? It's a prison, how should it feel? A prison is a prison, even if it's heaven."

– Shirin Gul, a serial killer serving a life sentence in an Afghan prison, where her daughter was born and has lived her 11 years. Ms. Gul is allowed to keep her daughter in prison until she turns 18.

The voting ends today for the election of the readers of Time's "Person of the Year", with the final winner announced on Wednesday.

While the selection has been criticized as non-informative, it is already receiving attention from last year's recipient, Donald Trump, who was then president-elect.

Mr. Trump said recently that Time editors called him to say he "probably" would be called again, but that he "approved" because "probably" was not good enough. (The magazine said the president was wrong .)

If it is Mr. Trump, he will be the second person to be named for two consecutive years. The other was Richard Nixon, who was appointed in 1971 and 1972, when he shared the honor with Henry Kissinger.

The decision is based on impact, rather than on good works. Previous selections included Hitler and Stalin.

The majority of the recipients have been white men, beginning with the first, the American aviator Charles Lindbergh, in 1927. In 2015, Angela Merkel, the German chancellor, became the fourth woman to be appointed on her own.

In 2006, the traditional cover photo of the winner was replaced by a reflective panel, in honor of "You" and online contributions of millions of Internet users.

Your Morning Briefing is published Monday through Friday at 6 a.m. East and it is updated all morning. Browse past summaries here.

If the photos seem to be out of order, download the updated New York Times application from iTunes or Google Play.

You can send the information session to your inbox from Sunday to Friday. We have four global editions, scheduled for the Americas, Europe, Asia and Australia, and an Evening Briefing weekdays. See our full range of free newsletters here.