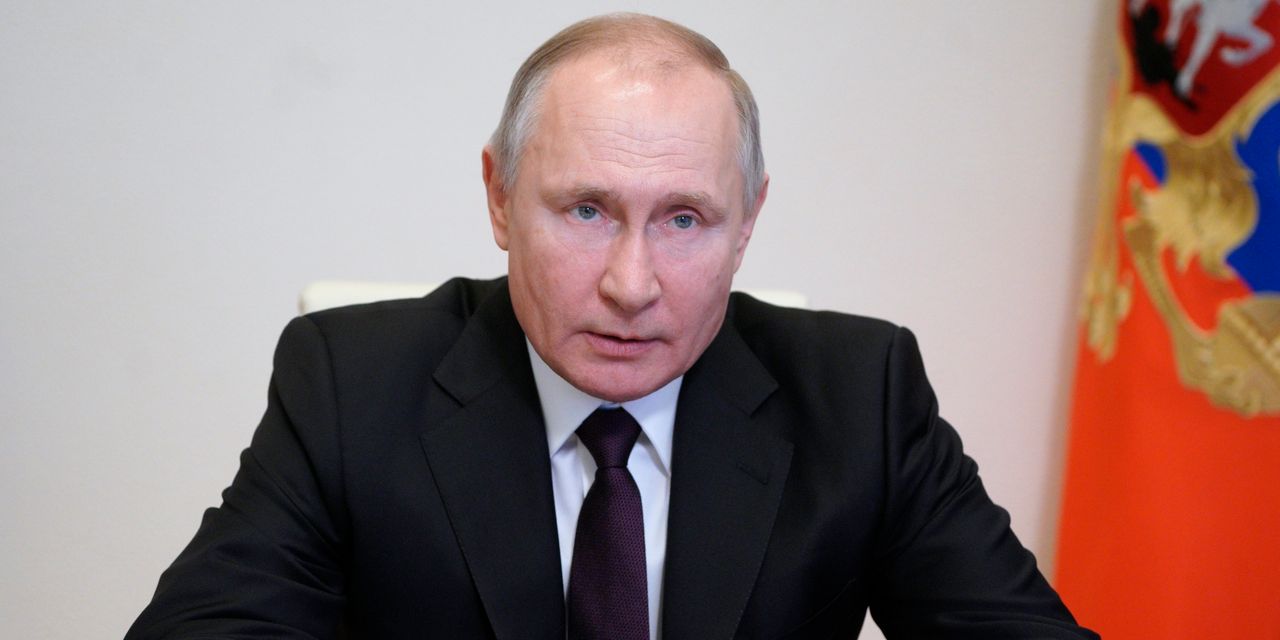 President Biden said “Yes, I do” last week when asked if he believes Vladimir Putin is a “murderer.” That is a first step in openly addressing Russian crimes, which would protect Russians in danger of repression and also strengthen American security.

US administrations have long been reluctant to draw attention to Russian crimes. In February 2017, in an interview on Fox News, President Trump responded to the statement that Putin was a murderer by suggesting that American leaders are no better. “There are many murderers, we have many murderers,” he said. “Do you think our country is so innocent?”

Trump was widely condemned. But the willingness of US officials to ignore Russian crimes has been bipartisan. When President Boris Yeltsin attacked Parliament with tanks in October 1993, Secretary of State Warren Christopher congratulated him on his victory. Despite Putin’s alleged links to organized crime, President Bush said in 2001 that he had “looked the man in the eye” and “had been able to get a glimpse of his soul.” In July 2009, President Obama described Putin as “sincere, fair and deeply concerned with the interests of the Russian people”, despite the polonium poisoning of former Russian agent Alexander Litvinenko in London in 2006. A British official investigation found that Putin was probably personally responsible for his poisoning.

To some extent, when it comes to Russia, American leaders are superficial for fear of what could be a serious effort to learn the truth. But the United States, as the guarantor of world stability, has a duty to fully understand the crimes of the Russian leaders. Russia is run by about 100 people who control 35% of the country’s assets. With free rein, there are few limits to the actions they can take against the outside world.

In three particular cases, the United States should do everything possible to understand and expose Russian crimes.

First, we need the truth about the February 27, 2015 assassination of Boris Nemtsov, Russia’s most important democratic leader, who was shot on the Bolshoi Moskvoretsky Bridge next to the Kremlin. The official story was that Zaur Dadaev, a former Russian military forces officer based in Chechnya with no connection to Nemtsov, shot him six times. Four other defendants allegedly aided in the crime. The regime assiduously promoted this version and the United States tacitly accepted it.

However, the Parliamentary Assembly of Europe cited evidence that Nemtsov was the victim of an operation carried out by the regime, including the presence of suspects on the bridge who were never interviewed, the disappearance of the film from all nearby surveillance cameras. and eavesdropping. Nemtsov that could only have been carried out by an intelligence service. Andrei Illarionov, a Russian economist, published evidence that Nemtsov was shot with two different weapons, not one as alleged in court, and the videotape confirmed that Dadaev was not on the bridge when Nemtsov was killed.

Nemstov is a hero to many Russians; the place where he was killed has become a place of pilgrimage. But it was also important to the United States. He was one of only two Putin opponents capable of summoning a crowd. The other is Alexei Navalny, recently jailed after being poisoned. However, unlike Navalny, Nemtsov was an opponent of nationalism and Russian aggression against Ukraine. The United States owes the Russian Democrats every possible effort to identify those responsible for his death.

We also need the truth about the destruction of Malaysia Airlines Flight 17 on July 17, 2014, which killed 298 passengers and crew. The Putin regime mounted a disinformation effort after the plane was shot down over eastern Ukraine to create the impression that it was accidentally destroyed by separatists. But the evidence points to Russia.

A Dutch criminal court established that the Buk-M1 missile that hit MH17 was brought into Ukraine by Russia’s 53rd Anti-Aircraft Missile Brigade. According to a report by Radio Liberty, the battery was accompanied by Russian intelligence officers. In a May 2020 interview with the London Times, separatist leader Igor Girkin denied any involvement. When asked if he was accusing Russia, Girkin said: “People can interpret this however they want.”

What is particularly chilling about the destruction of MH17 is that it appears to have been part of a political strategy. Putin immediately called Obama after the plane was shot down and, citing the danger to civilian planes, called for an end to the rapidly advancing Ukrainian offensive into separatist-controlled territory. In the next 10 days, he made 24 calls with Western leaders with the same goal in mind.

Finally, we need the truth about the apartment bombings of September 1999, which led to a new invasion of Chechnya and brought Putin to power. More than 300 died in the explosions in four buildings. Soon after, three agents from the Federal Security Service, or FSB, were caught planting a fifth bomb in the basement of a building in Ryazan. The bomb, disarmed before it could explode, tested positive for hexogen, the explosive used in all four explosions. Other evidence that has accumulated over the years also points to the FSB.

The United States never raised the question of why FSB agents were caught planting a bomb in the basement of an apartment building. Secretary of State Madeleine Albright declined to answer questions about the attacks from the Senate Foreign Relations Committee, saying only that “acts of terror have no place in a democratic society.” Russia blamed the attacks on Chechen rebels. Unless the truth is established, terror may become the way power changes hands in Russia from now on.

Many critics of Russia focus on corruption, which is easy to understand. But the greatest danger the Putin regime presents to the world is a mindset that treats murder as a normal part of political life. The notion of human beings as completely expendable originated in socialism, with its abolition of private property and the conversion of the individual into state property. That idea is ingrained in the minds of Russian leaders.

Russia responded to Biden’s comment by threatening an “irreversible degradation of relations.” But the path to better relations is for Russian leaders to realize that the rest of the world is determined to put limits on their crimes. The president must reverse decades of American political practice and act on his recognition of Putin’s role. If he doesn’t, the Russian ruler’s next crime is only a matter of time.

Most recently, Mr. Satter is the author of “Never Talk to Strangers and Other Writings from Russia and the Soviet Union” and an advisor to the Victims of Communism Memorial Foundation.