Biden School Reopening Guidance Expected to Focus on COVID Mitigation, Rather than Vaccination of Teachers 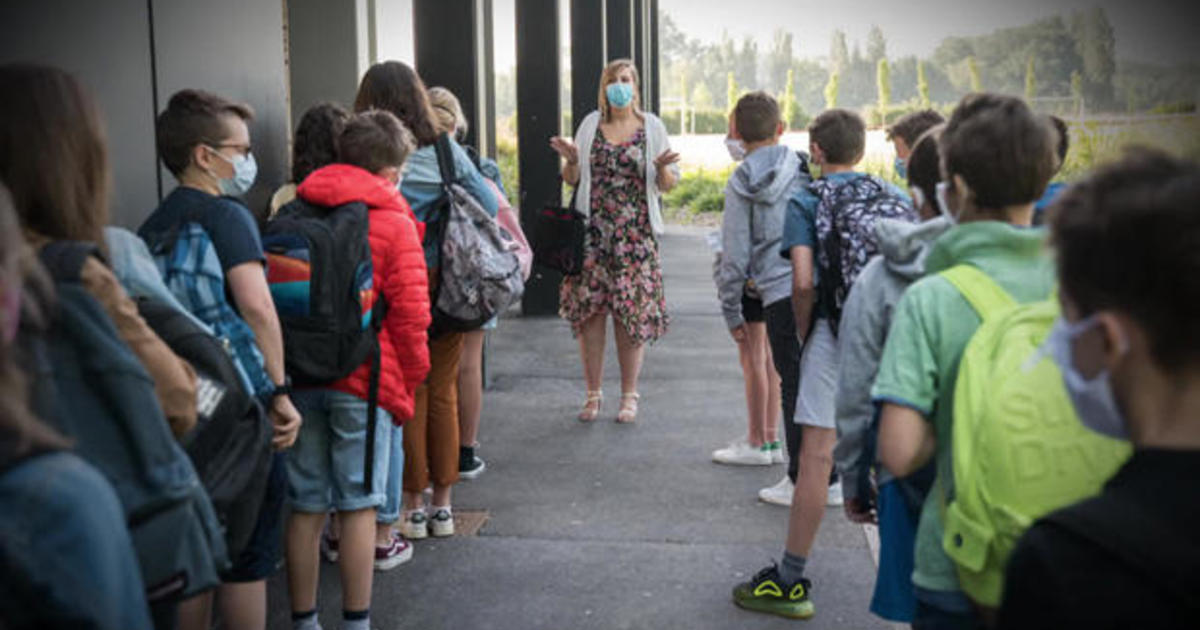 Guidance from the Biden administration on how schools can “open safely” will come from multiple federal agencies and departments, according to several people familiar with the plan.

The Centers for Disease Control and Prevention (CDC) is expected to release an “operational strategy” warning that K-12 schools would be safe to reopen if they apply “mitigation” recommended practices, according to an email sent by a Education deparment. official soliciting comments from educational groups and obtained by CBS News.

The CDC guidance, which is expected to be released this week, builds on guidelines already released by the agency, a federal official told CBS News. It is expected to focus on five COVID-19 mitigation areas in schools, rather than relying on vaccinating teachers as a precondition for reopening.

Advice on cleaning and ventilating facilities, implementing a robust contact tracing program, and isolation and quarantine will also be included in the guide, according to the official.

The Biden administration will report that teacher vaccinations are supplemental, suggesting that if school districts adhere to recommended mitigation practices, mandatory vaccinations of all teachers is not a precondition for reopening schools. There was already a strong indication that this would be the position taken by the administration, as CDC Director Rochelle Walensky had already said so last week.

“There is growing data to suggest that schools can safely reopen and that safe reopening does not suggest that teachers should be vaccinated,” Walensky said Wednesday, reiterating that vaccinating teachers “was not a prerequisite.”

But White House press secretary Jen Psaki said Walensky was speaking in her “personal capacity,” as the CDC guidance had not been published.

This has been a point of contention for some teacher unions, who have insisted on vaccinating educators before schools can reopen. However, Randi Weingarten, president of the American Federation of Teachers, told Boston Public Radio on Friday that vaccinating teachers “was not a precondition” for the reopening.

But teachers are already in a priority group for vaccination: According to the COVID-19 vaccination recommendations set out by the CDC’s Advisory Committee on Immunization Practices, educators are in Phase 1b.

As of February 9, at least 26 states, the District of Columbia and Puerto Rico, have made some or all teachers eligible to receive the coronavirus vaccine, Education Week notes.

The guide is expected to cover all K-12 students, unlike Biden’s current White House target for schools reopening, which only targets grades K-8. When asked for clarification on Biden’s goal on Tuesday, Psaki said the goal is to reopen a “majority of schools, that is, more than 50%” with teachers instructing “at least one day a week” by day 100.

It will begin to focus on the “practical application” of the CDC guidance: how to plan for in-person learning and participation and additional “supports” and “protections” for students and educators, with a focus on “trauma-informed approaches to meet the socio-emotional needs of students and staff, “according to the email. This guide will also advise districts on how to use funds allocated to schools and state and local governments to make schools safer.

The second volume is expected in the “next few weeks” and contains ten topics for now, according to the email. The ‘groundbreaking topics’ could change but currently address the social and emotional well-being of both students and educators, how to close the learning gaps that have arisen due to COVID-19,’ supporting educators, including advancing educator diversity “, online and in-person learning, school nutrition and” digital equity. ”

Another theme is “extended learning time,” which may reflect a change in the school calendar this year or changes in summer school, which is briefly mentioned in Mr. Biden’s national strategy plan for COVID-19.

Guidance from the Department of Education may also look at other “resource equity” concerns through racial and socioeconomic concerns, “school discipline”, and increased data collection “to support students, parents, and educators.” Last week, the federal government announced a plan to track how many schools in the country are teaching in person or virtually.

The CDC did not immediately respond to a request for comment. The White House and the Department of Education declined to comment.