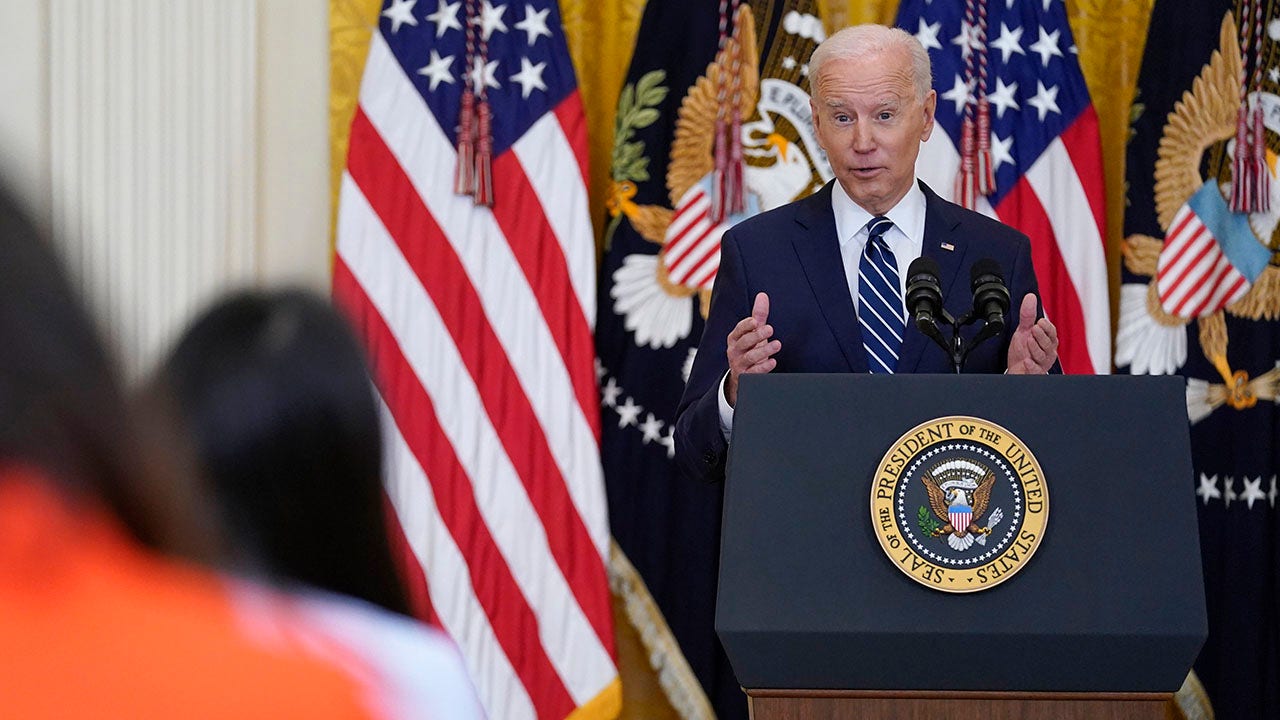 One journalist called him “a moral and decent man.”

Another asked him to react to what Barack Obama had said at John Lewis’s funeral.

And several insisted on how he would fulfill liberal priorities.

With a couple of notable exceptions, President Biden’s first press conference yesterday was an easy session and he failed to pin him down on important issues. Too much time was wasted on process issues.

Biden did well, despite all the pregame talk about whether he was too undisciplined to face the press for an hour, he rambled too much at times (as he himself noted in a couple of points), stopped midway through the sentence and, oddly, he kept fumbling to find the default list of who he would call. And it honed in on major controversies, turning a question about gun control into an infrastructure disquisition.

In short, it looked nothing like a Trump presser.

Aside from difficult and timely questions from ABC’s Cecilia Vega and NBC’s Kristen Welker, the journalists were polite, asked open-ended questions, or made it clear that they wanted him to push their agenda.

PBS’s Yamiche Alcindor, who spoke of Biden’s decency, asked about the mixed messages to migrant families with this free pass: “How do you resolve that tension?”

After the president devoted part of a lengthy response to blaming the Trump administration, Alcindor switched to Republicans who he said are trying to “restrict” voting rights. She invited him to attack filibuster, citing Chuck Schumer and Jim Clyburn favorably.

CNN’s Kaitlin Collins, who quoted Obama as saying filibuster is a “relic,” also lobbied Biden on the issue. That focus on a Senate parliamentary tactic left the impression that some of the press bodies want the practice removed so the president can easily pass his Democratic agenda without Republican delays.

The AP’s Zeke Miller set the tone at the top when he asked about the GOP’s “stiff united opposition” to Biden’s agenda on “immigration reform, gun control, the right to vote and climate change.” But then he tossed a baseball: “How far are you willing to go to achieve those promises you made to the American people?”

What are you going to say? Not far enough?

In several of these questions was the assumption that all this “reform” is the right way to go. I don’t recall many reporters asking Trump how far he would go to deliver on his promises, when it came to initiatives like tax cuts and the construction of a border wall.

CBS ‘Nancy Cordes reverted to local Republican efforts to “restrict” voting, saying “Democrats fear” that “particularly the Democrats’ fear will affect minority voters and young voters. The same people who They helped get you elected in November. Can you fail to pass the voting rights legislation, that your party is going to lose seats and possibly lose control of the House and Senate in 2022? “Again, no challenge on the bottom, only the process and the policy.

Cordes got the most passionate response from Biden, calling the Republican measures “un-American,” “unhealthy,” and “despicable.” He said that in some states the vote would end at 5 p.m. and that no one would be able to bring water to people waiting in line. But reporters made no effort to describe those measures or criticism of the Democrats’ bill. In fact, no journalist asked the president to respond to Republican criticism, other than Mitch McConnell, who said he has spoken to Biden only once.

Cordes also asked if Biden is running for re-election in 2024, and Collins kept asking if Kamala Harris would remain on the ballot, this only a couple of months after she took office. No president would declare himself a lame duck so prematurely.

On the other hand, Vega challenged the president by invoking a 9-year-old boy she had met and who had walked to the border from Honduras: “Is it your message and does it tell you that these children are and will be able to stay in this country?” and work on this process, encouraging families “to come?” Biden said he would not “starve them to death” and suggested that Trump had.

And Welker didn’t need a long answer: “Will you commit to allowing journalists access to facilities that are overcrowded in the future?” Biden said he would commit, “when my plan is in place very soon.” He tried unsuccessfully to make an appointment for her.

To be sure, the issues, which included Afghanistan, China and North Korea, were substantive. Nobody asked about Biden’s dogs. But here’s the deal: Poorly formulated questions and a tacit acceptance of Democratic priorities made this kind of game easy for Joe Biden.