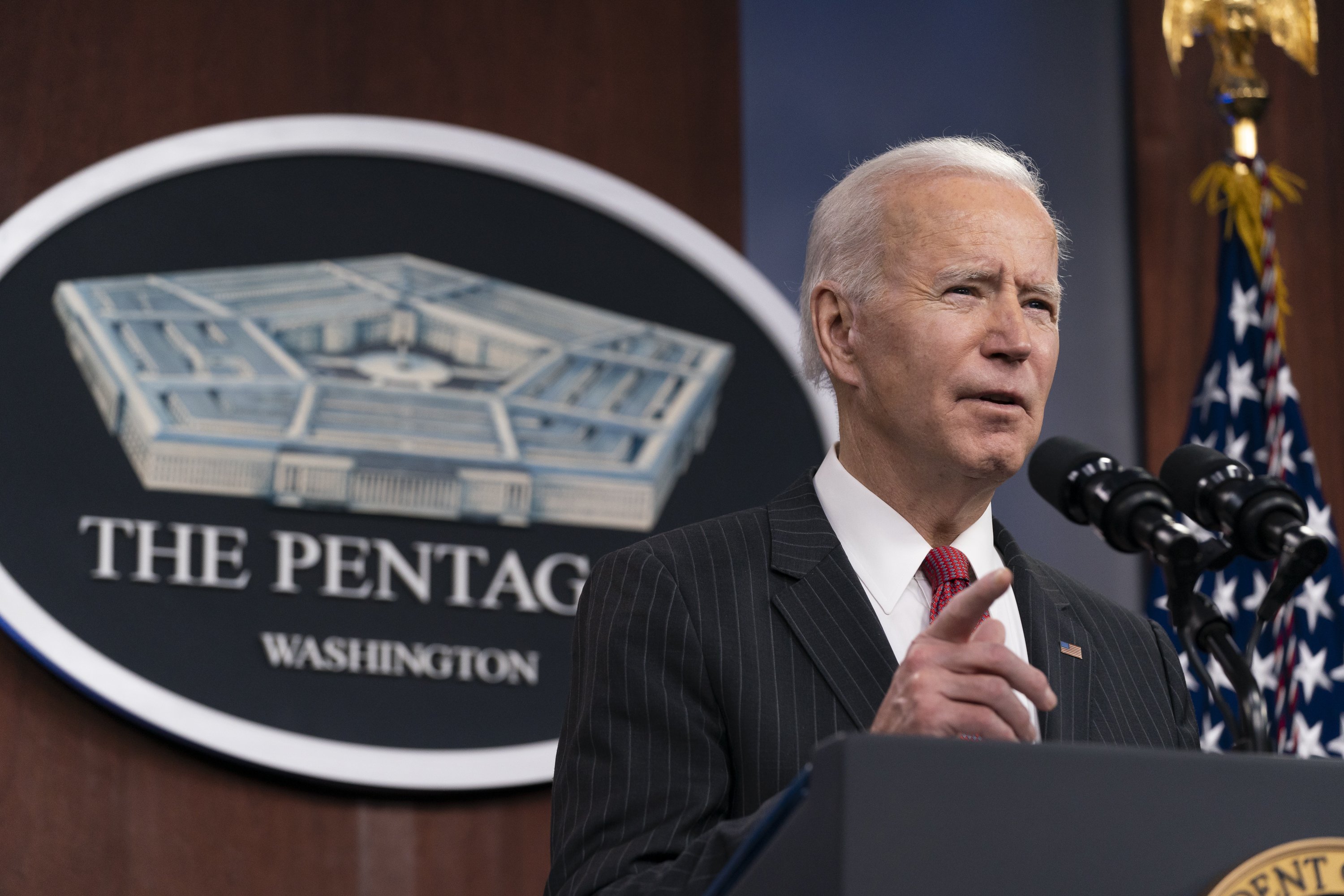 Joe Biden made his first call as president with Xi Jinping on Wednesday, pressuring the Chinese leader on trade and Beijing’s crackdown on democracy activists in Hong Kong, as well as other human rights concerns.

The two leaders spoke within hours after Biden announced plans for a Pentagon task force to review the US national security strategy in China. and after the new president of the United States announced that he would impose sanctions against the military regime of Myanmar after this month’s coup in the Southeast Asian country.

“I told him that I would work with China when it benefits the American people,” Biden posted on Twitter after the call.

China’s state broadcaster CCTV adopted a mostly positive tone on the conversation, saying Xi acknowledged that the two sides had their differences and that those differences should be managed, but urged general cooperation.

Biden, who had dealt with the Chinese leader when he served as Barack Obama’s vice president, used his first three weeks in the White House to make several calls with other leaders in the Indo-Pacific region. He has tried to send the message that he would take a radically different approach to China than former President Donald Trump, who placed trade and economic issues above all else in the US-China relationship.

With Japanese Prime Minister Yoshihide Suga at the end of last month, Biden underscored the United States’ commitment to protect the Senkaku Islands, a group of uninhabited islets administered by Tokyo but claimed by Beijing. In his call with Indian Prime Minister Narendra Modi, Biden stressed the need for “close cooperation to promote a free and open Indo-Pacific.” And in his call with Australian Prime Minister Scott Morrison last week, the president stressed that the alliance of the two nations was essential for stability in the region, the White House said.

Biden’s top aides have repeatedly heard from their Asia-Pacific counterparts that they had been put off by Trump’s often sharp rhetoric directed at allies, talk of cutting troop levels in South Korea, and strange interactions with the North Korean dictator. Kim Jong Un, according to a senior administration official. who spoke on condition of anonymity to discuss the private calls.

Allies in the region have made it clear that they want a more determined and consistent approach to commitments going forward, according to the official.

To that end, Biden and other top administration officials have been careful in their initial interactions with their counterparts to seek the long-term game to restore relationships.

Biden used Wednesday’s call to express concern over Beijing’s crackdown on activists in Hong Kong and its policies affecting Muslims and ethnic minorities in Xinjiang. In the final hours of the Trump administration, Secretary of State Mike Pompeo declared that the Chinese Communist Party had committed crimes against humanity against predominantly Muslim Uighurs and other minority groups.

China has denied any abuse and says the measures it has taken are necessary to combat terrorism and a separatist movement.

The White House also said that Biden made clear his concern over Beijing’s increasingly “assertive” action with Taiwan. Beijing claims full sovereignty over Taiwan, even when the two sides have been ruled separately for more than seven decades.

Days after Biden’s presidency, China sent fighter jets near the island. The United States Navy, in turn, sent a guided missile destroyer last week across the waterway that separates China and Taiwan.

One area where Biden doesn’t seem ready to move quickly is suspending Trump’s trade war with China, which led to tariffs on steel, aluminum and other products.

Biden plans to drop the tariffs in place while his administration conducts a top-down trade policy review. Administration officials say the president is still awaiting confirmation of his candidate for US trade representative, Katherine Tai, and his election for secretary of commerce, Gina Raimondo. Both are expected to play a key role in helping shape China’s trade policy.

Administration officials say Biden also wants to consult with allies in Asia and Europe before making decisions on tariffs.

Biden and Xi know each other well and have had frank exchanges.

Biden hosted then-Chinese Vice President Xi during his 2012 visit to the United States. Biden used that visit to read about Xi and was blunt at times, including expressing his concern over Chinese theft of intellectual property and human rights abuses during a toast.

The following year, when Biden visited China, he publicly criticized Beijing for refusing to claim it would renew visas for American journalists and for blocking the websites of US-based media sites.

On Thursday, China’s state broadcaster said Xi told Biden: “You have said that America’s greatest feature is possibility. I hope that this kind of possibility will develop in a way that leads to better relations between the two countries. ”