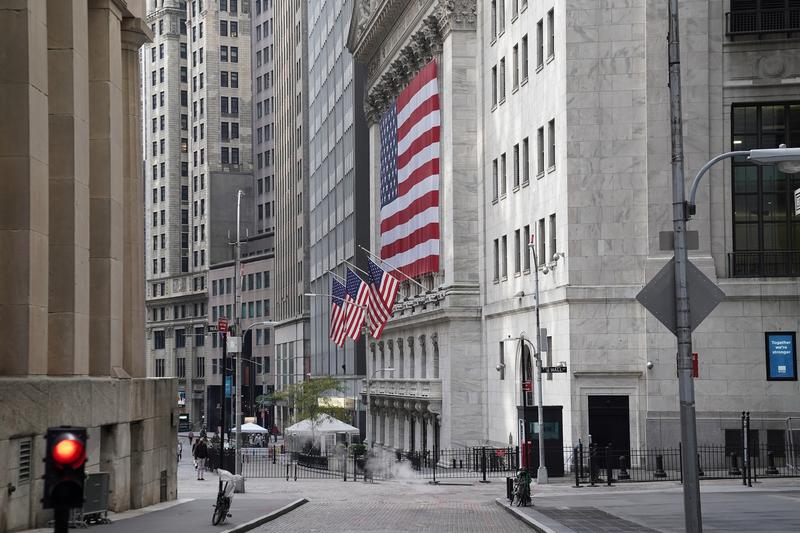 (Reuters) – Wall Street’s main index breathed a sigh of relief on Friday after a sharp gain this week as Democrat Joe Biden drew close to victory in a nail-biting election, while monthly jobs report to the next president of the US Underlined the economic challenge.

Biden took the front against President Donald Trump in the battlegrounds of Pennsylvania and Georgia and put the White House on the verge of winning after Trump’s false claim that the election was “stolen” from him.

“The market was quite comfortable with the idea (with Biden winning), but if it is contested, there is little uncertainty,” said Scott Brown, chief economist for Raymond James of St. Petersburg, Florida.

“Even with these states being really close, we may have to go back and regroup, so we’re in for a long period of uncertainty.”

Despite Friday’s losses, the benchmark S&P 500 and tech-heavy Nasdaq were on track for their best week since April as the prospect of a policy gridlock in Washington eased concerns about strict regulations on US companies .

Republicans could control the outcome of four undefined races under the control of the US Senate and they would likely block large portions of Biden’s legislative agenda, including expanding healthcare and fighting climate change.

Meanwhile, a closely watched report from the government shows that unemployment fell from 7.7% to 6.9% in September last month, but job recovery slowed as fiscal support and daily coronavirus cases rose.

“Despite a short-term rally, eventually we are going to see some real challenges in payroll and the economy,” said Phil Toes, Chief Executive Officer and Portfolio Manager of Toze Corp. in New York.

Technology mega-caps including Apple Inc, Amazon.com, Microsoft Corp and Facebook Inc fell with strong gains this week and were among the biggest drugs on the benchmark S&P 500.

Coty Inc. jumped 15% as the cosmetics manufacturer beat analyst estimates for quarterly revenue, while T-Mobile US Inc. gained 6.1% after adding more phone customers than analysts in the third quarter .

Reporting by Medha Singh and Susan Mathew in Bengaluru; Additional reporting by Sagarika Jaisinghani in Bengaluru and Tom Westbrook in Singapore; Editing by Sriraj Kalluvila and Shaunak Dasgupta