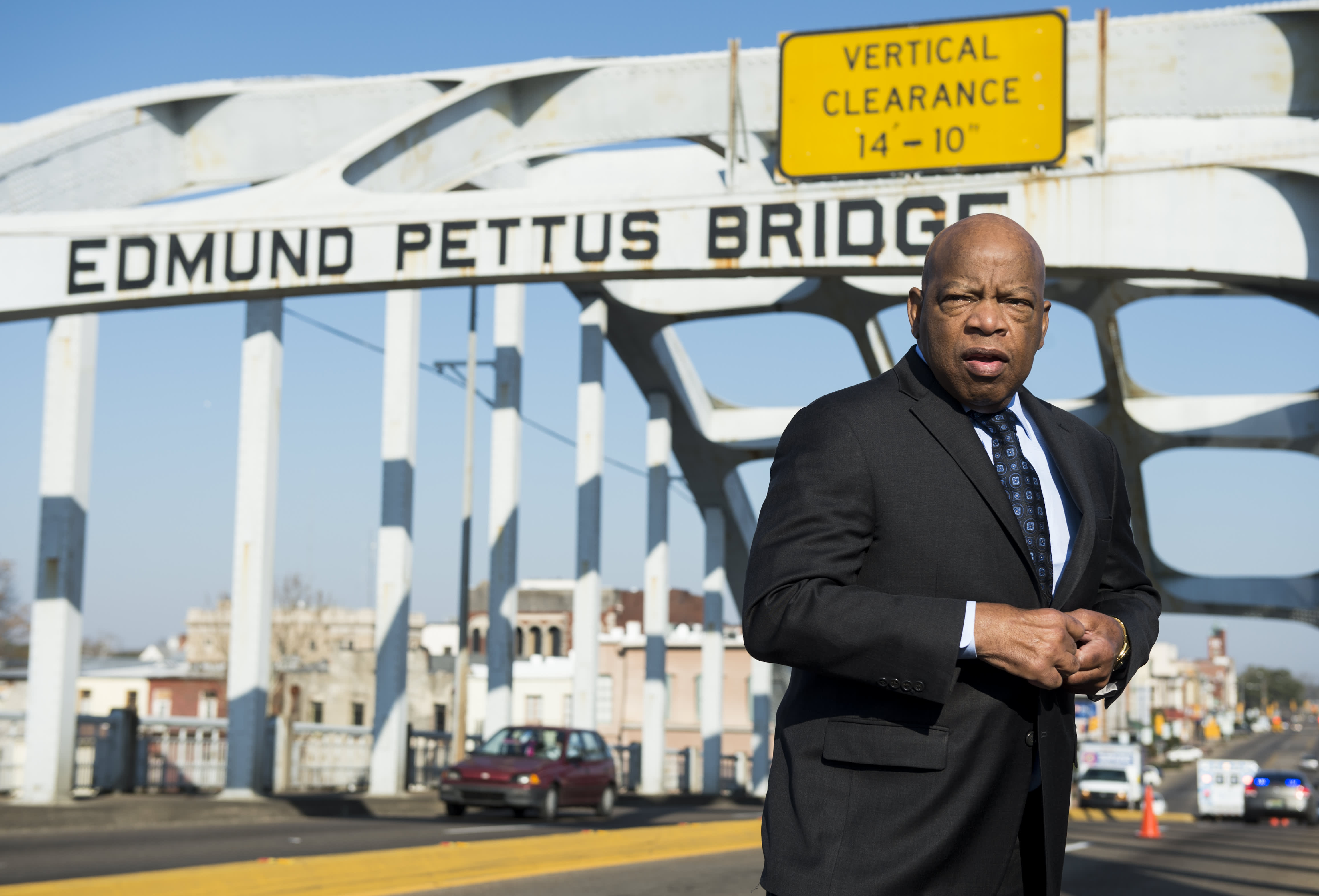 United States President Joe Biden speaks during a bipartisan meeting on cancer legislation in the Oval Office of the White House in Washington on March 3, 2021.

President Joe Biden signed an executive order Sunday to help ensure that all Americans have the right to vote by increasing access to voter registration information and services.

Biden also called on Congress to restore the Voting Rights Act, which became law in 1965 after a violent protest in Selma, Alabama, that left some participants injured.

The late Rep. John Lewis, a Democrat from Georgia, who was one of the activists who led the march, suffered a skull fracture. Lewis passed away last year.

“Today, on the anniversary of Bloody Sunday, I am signing an executive order to make it easier for eligible voters to register to vote and improve access to voting,” Biden said in prepared remarks.

“All eligible voters should be able to vote and have that vote counted. If you have the best ideas, you have nothing to hide. Let people vote.”

Biden’s executive order is an “initial step,” according to the White House. The president plans to work with Congress to restore the Voting Rights Act, which eliminated discriminatory practices such as requiring literacy tests in order to vote.

In 2013, the Supreme Court struck down a core part of the law that required 9 states with a history of discrimination, mainly in the south, to receive federal approval to change their election laws.

Biden also plans to work with lawmakers to pass the To the People Act that passed the House last week, which includes additional reforms to make voting “fair and accessible.”

“This is a landmark piece of legislation that is urgently needed to protect the right to vote, the integrity of our elections, and to repair and strengthen our democracy,” Biden said.

Biden’s executive order aims to take the initial steps to make the polls more accessible to black and other minority voters, including Native Americans and people with disabilities.

It also calls for initiatives to improve access to voting for federal employees, active duty military and other overseas voters, and Americans in federal prisons.

The executive order directs federal agencies to increase voter access to registration and election information online, as well as through a more regular distribution of vote-by-mail and voter registration applications.

The executive order also asks federal agencies to better coordinate with state governments on voter registration, as well as update the Vote.gov website.