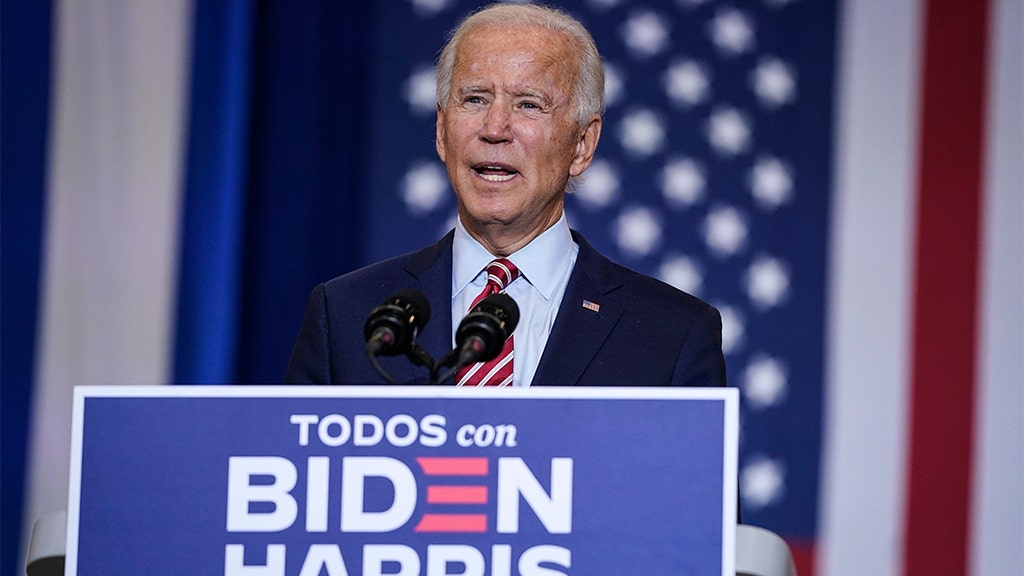 Joe Biden raised eyebrows on Tuesday evening over an effort to appeal to Hispanic voters at a campaign event in Kissimmee, Fla.

The event was to celebrate Hispanic Heritage Month. The Democratic candidate to take the podium was the final speaker of the event, after several supporters, including Eva Longoria, Ricky Martin and Luis Fonsi.

However, when Biden approached the podium, he stopped and reached to keep the phone in his pocket.

“I just want to say one thing,” Biden began as he looked down at his phone. “Wait here.”

He then placed his phone in the microphone, with Fonsi’s 2017 hit song “Despacito” ringing the candidate. After turning his head for about 15 seconds and gently dancing behind the podium, he stopped the music.

“I will tell you that if I had the talent of one of these people, I would be elected president with admiration,” Biden said.

Critics piled on the former VP at the “kring” moment.

“It’s been so incredibly extreme,” tweeted Arielle Davidson, a senior policy analyst at the US National Institute for National Security.

Earlier in the day, Biden cut the Democratic ticket by referring to plans under a “Harris-Bissala administration”.

A boy sent his baby Yoda doll to Oregon firefighters. Now they take it on their call