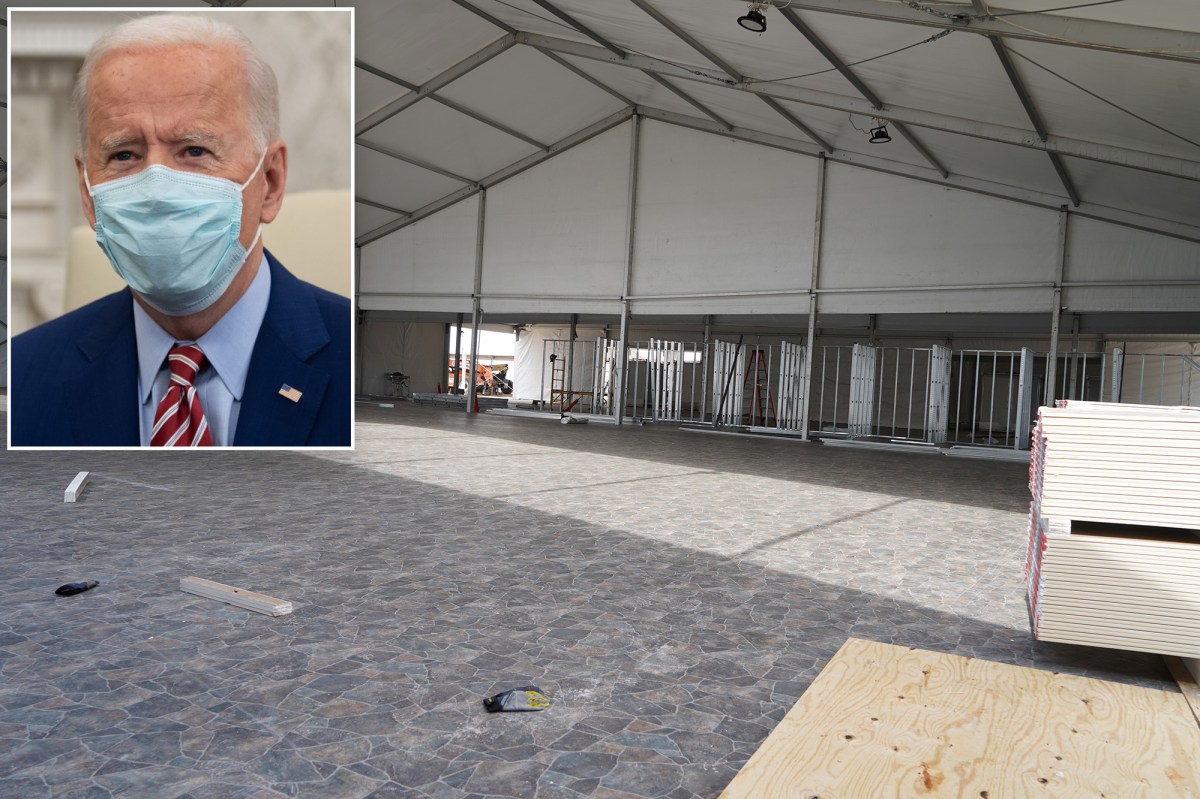 The Biden administration faces new spikes of more than 200 percent in illegal border crossings since this time last year and has opened another tent city to detain illegal immigrants in Texas, the U.S. Customs and Border Protection announced. USA

The Border Patrol revealed in a report released Wednesday that the number of migrants detained at the border in January reached nearly 78,000, up from 36,679 in January 2020.

Single adult Mexican citizens accounted for more than 37,000 CBP encounters, a 119 percent increase from this time last year, according to the agency.

Amid the surge, the agency this week established a new “soft-sided facility” in Donna, Texas to house people who were originally housed at the Centralized Processing Center in McAllen, Texas.

The agency went on to call Donna’s location “a considerable upgrade from previous soft-sided facilities,” touting its 160,000 square feet of covered area.

The Trump administration faced considerable criticism from then-candidate Joe Biden and Democrats for the use of temporary shelters, also known as “tent cities,” in towns on the southern border.

Being temporary, these housing facilities are generally not subject to the same regulatory standards as long-term shelters.

“Donna’s location was chosen because it is critical to Border Patrol stations throughout the Rio Grande Valley sector,” a CBP spokesperson said this week of the newest facility.

This tent city built under President Biden is not the first in his young administration.

Last week, the Department of Health and Human Services said it would open an overflow facility capable of accommodating up to 700 migrant children in the next two weeks.

In a statement issued by the Office of Refugee Resettlement, the department announced plans to reopen a “Temporary Inflow Care Center” in Carrizo Springs, Texas.

The Carrizo Springs facility will be used for children age 13 and older who have completed their COVID-19 quarantine.

There are currently more than 4,700 children in the care of that division, which also finances more than 13,000 authorized beds for migrants.