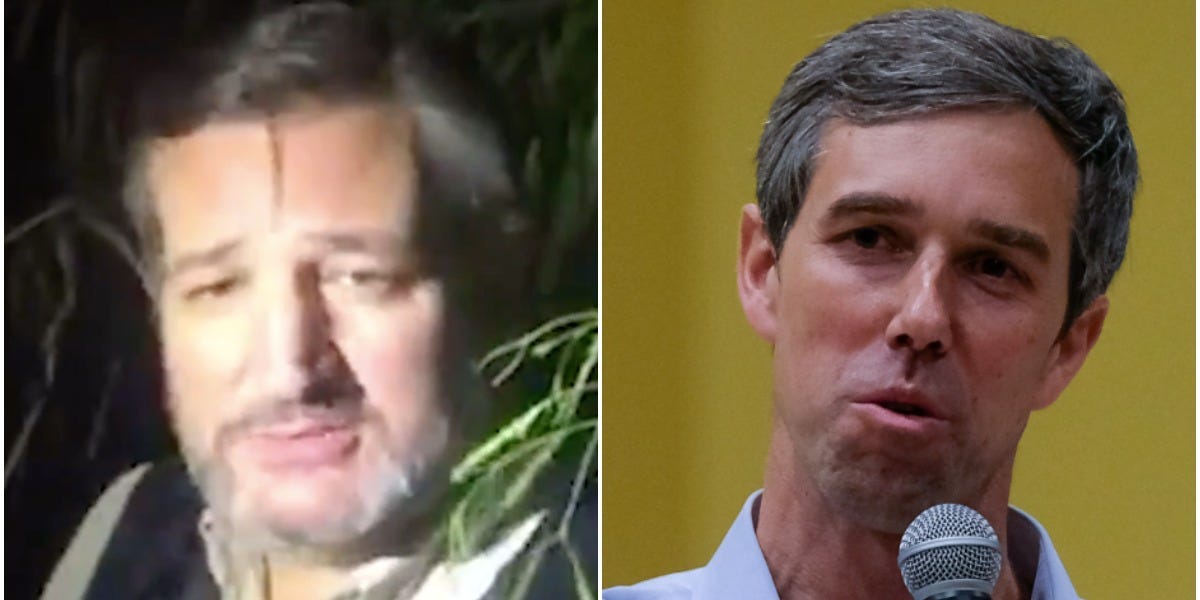 Former Representative Beto O’Rourke ridiculed Senator Ted Cruz after he posted videos of himself at the Mexican border on Friday in which he claimed he had encounters with “cartel members” and “human traffickers.”

In a blurry video posted on Twitter, Cruz claims he is on “the bank of the Rio Grande” and has been “listening” and “seeing” cartel members who have mocked border control officials.

Read more: ICE does not have any plans to vaccinate 13,860 immigrants in its custody against COVID-19. Here’s how one of the highest-risk groups in the US is falling behind.

“This is Mexico and you can see that there are three traffickers standing there on the Mexican side looking at us. They have been focusing on us with their flashlights, they are shouting at us,” says Cruz in the blurred images. The video did not show any of the alleged smugglers.

Cruz was in the Rio Grande Valley with more than a dozen other Republican senators to draw attention to what they call President Joe Biden’s “border crisis,” The Hill reported.

The senator from Texas also tweeted Video footage of one of the facilities, writing: “These are Biden’s cages. (Blurred faces). Thousands of children, in the middle of a pandemic, crammed to 1500% capacity.”

O’Rourke, who ran unsuccessfully against Cruz for his senatorial seat in 2018, responded Friday, writing in a long twitter thread: “You’re on a Border Patrol boat armed with machine guns. The only threat you face is unarmed children and families seeking asylum (as well as the occasional disrupter).”

“If you’re looking for a crisis to dress up as a Senator for, I’m happy to point you in the right direction,” O’Rourke added.

O’Rourke then went on to give the senator advice on the border situation, adding: “If you’re ever interested in working on solutions to what we’re seeing on our border (instead of smuggling seditious lies, fleeing Texas during a storm that killed more than 100, etc.), here are some ideas. “

The southern border has seen an increase in migrants since President Joe Biden took office. Many of them say they are drawn to Biden’s policies around asylum seekers and immigration.

The White House said earlier this week that there were still more than 4,900 children in Border Patrol custody, but that it was “making progress” in transferring them to sites managed by the Department of Health and Human Services.