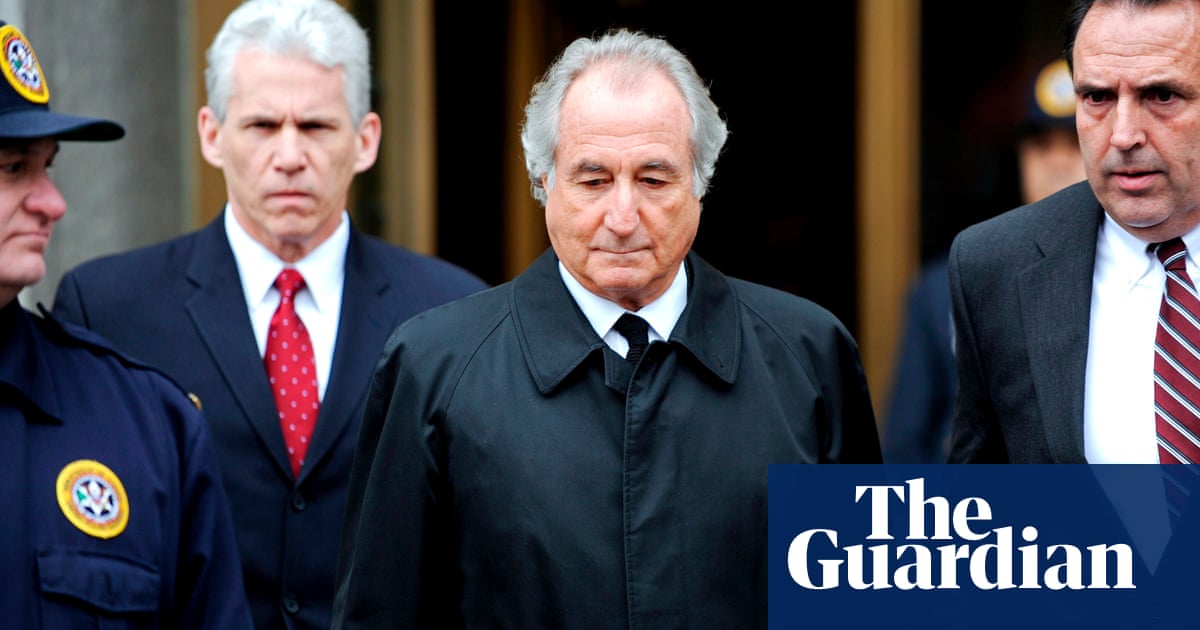 Bernard Madoff, the former Wall Street titan who orchestrated one of the biggest scams in history, has died in prison at the age of 82.

Madoff, known as Bernie, was a former chairman of the Nasdaq Stock Exchange and was for years considered a wise investor. But unbeknownst to his thousands of victims, he was running a Ponzi scheme that ended up with at least $ 17.5 billion in savings.

“We thought it was God; we trusted everything in their power, ”said Elie Wiesel, the late Holocaust survivor and Nobel laureate, that same year. The Madoff scam cost the Wiesel Foundation $ 15.2 million. Wiesel described him as “one of the greatest scoundrels, thieves, liars, criminals.”

Madoff died at the Federal Medical Center, a prison for inmates with health care needs, in Butner, North Carolina, apparently of natural causes. Last year, his lawyers presented court documents to try to get him released from prison during the pandemic, saying he had end-stage kidney disease and other chronic medical conditions. The request was denied.

In 2008, Madoff pleaded guilty to orchestrating a massive Ponzi scheme, in which instead of investing cash, he paid older investors with funds from new investors. A court-appointed trustee recovered more than $ 13 billion from an estimated $ 17.5 billion that investors put into Madoff’s business.

The sum recovered was well below the amounts Madoff told misled customers he was driving. At the time of their arrest, the fake account statements told clients that they had holdings worth $ 60 billion.

The 2008 global financial crisis caused the scheme to crumble, leaving thousands of victims deprived of their savings and Madoff an avatar of regulatory failure and financial corruption.

In December 2008, when investors worried about the impending crisis began to ask for their money back, Madoff called a family reunion in his Manhattan apartment and confessed to his children that the family business they both worked for was based on ” A big lie”.

After the meeting, an attorney for the family contacted regulators, who alerted federal prosecutors and the Federal Bureau of Investigation. Madoff was in a bathrobe when two FBI agents came to his door unannounced one morning in December.

He invited them in and then confessed after being asked “if there is an innocent explanation,” says a criminal complaint.

Madoff replied, “There is no innocent explanation.”

Madoff pleaded guilty in March 2009 to securities fraud and other charges, saying he was “deeply sorry and ashamed.” After spending several months under house arrest in his $ 7 million penthouse, he was taken to jail in handcuffs, to applause from angry investors in the courtroom.

“He stole from the rich. He robbed the poor. He stole from the middle. I had no securities, ”former investor Tom Fitzmaurice told the judge at sentencing. “He swindled his victims out of his money so that he and his wife … could live a life of luxury beyond belief.”

The Madoff family suffered a severe financial blow: A judge issued a $ 171 billion forfeiture order in June 2009, stripping Madoff of all of his personal property, including real estate, investments, and $ 80 million in assets that his wife, Ruth had claimed they were his. The order left her with $ 2.5 million.

But it also took a toll on more personal terms. In December 2010, Madoff’s eldest son, Mark, was found hanged in his New York apartment on the second anniversary of the arrest of the billionaire investment manager for what was later described as the biggest scam in Wall Street history.

His brother Peter, who helped run the business, was sentenced to 10 years in prison in 2012, despite claims that he knew nothing about his brother’s misdeeds. Another son, Andrew, died of cancer at age 48. Madoff’s wife, Ruth, survives him.

Bernie Madoff was born in 1938 in a lower-middle-class neighborhood in the New York borough of Queens. He began his Wall Street career in 1960 with his brother Peter with a few thousand dollars saved by working as a lifeguard and installing sprinklers.

“They were two struggling Queens kids. They worked hard, ”said Thomas Morling, who worked closely with the Madoff brothers in the mid-1980s.

In the 1980s, Bernard L. Madoff Investment Securities occupied three floors of a skyscraper in downtown Manhattan. There, with his brother and later two children, he ran a legitimate business as an intermediary between buyers and sellers of stocks.

Madoff raised his profile by using the experience to help launch Nasdaq, the first electronic stock exchange, and became so well respected that he advised the Securities and Exchange Commission on the system.

But what the SEC never found out was that behind the scenes, in a separate office kept under lock and key, Madoff was secretly weaving a web of phantom wealth by using cash from new investors to pay returns to old ones.

Officials later said that over the years, at least $ 13 billion was invested in the company, which used an old IBM computer to generate monthly statements that showed constant double-digit returns, even during downturns. market.

But in reality, securities were never bought or sold. Frank DiPascali, the company’s chief financial officer, said in a 2009 guilty plea that the statements detailing the operations were “all false.”

Agencies contributed to this story