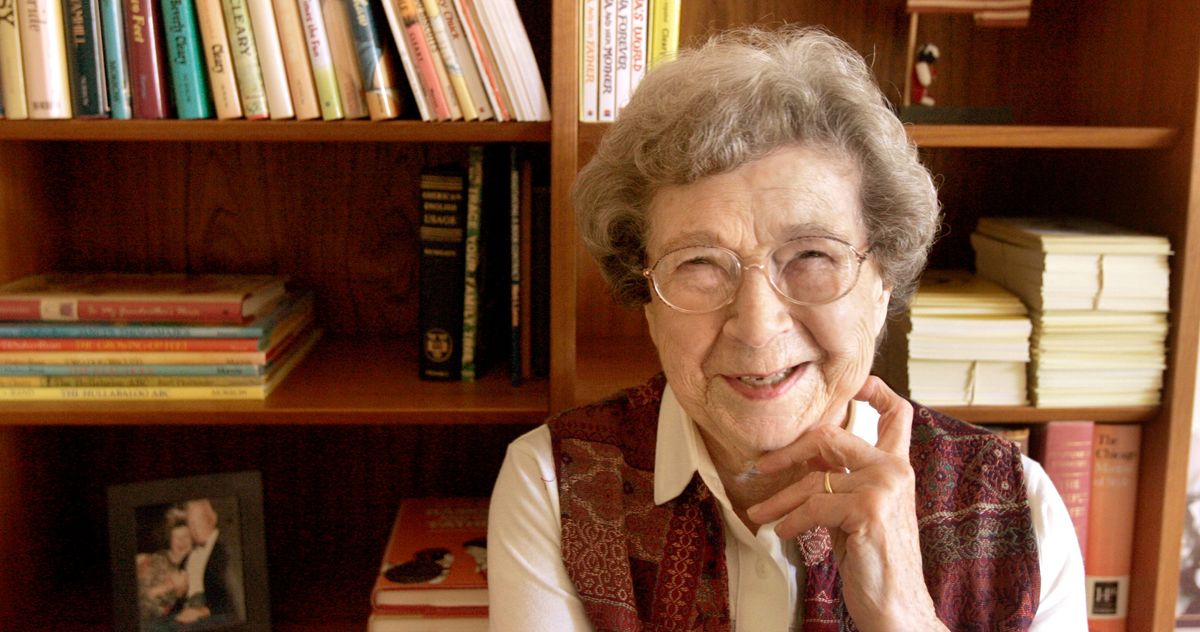 According to her publisher, child author Beverly Cleary, born Beverly Atlee Bunn, passed away on Thursday at the age of 104 in Carmel, California. “We are saddened by the passing of Beverly Cleary, one of the most beloved children’s authors of all time,” HarperCollins Children’s Books President and Editor Suzanne Murphy said in a statement Friday. “Looking back, I used to say, ‘I’ve had a lucky life,’ and generations of kids consider themselves lucky too, lucky to have the very real characters that Beverly Cleary created, including Henry Huggins, Ramona and Beezus Quimby, and Ralph S. Mouse, as true friends who helped shape his growing years. “

After attending Chaffey College and the University of California at Berkeley, where she met her future husband Clarence Cleary, the author pursued a career as a children’s librarian, before publishing her first novel, Henry Huggins, in 1950. Over the next 49 years, Cleary wrote more than 40 books, mostly novels for children, becoming a staple for half a century of young readers and beyond.

Inspired to write funny characters her young readers could relate to, after finding a dearth of identifiable leads, Cleary is best known for her characters Henry Huggins and her dog Ribsy; the infamously rebellious Ramona Quimby, the subject of eight books, along with her older sister Beezus Quimby; and Ralph S. Mouse, the star of The mouse and the motorcycle trilogy.

Among many other accolades awarded throughout his career, Cleary won the National Book Award in 1981 for Ramona and her mother and the 1984 Newbery Medal for Dear Mr. Henshaw, after receiving the National Medal of Arts from the National Endowment for the Arts and, in 2000, she was named a Living Legend of the Library of Congress.

Cleary published his latest book, Ramona’s world, in 1999 before retiring. For New York Times, more than 85 million copies of Cleary’s books have been sold. Her husband passed away in 2004, Cleary is survived by her children, Malcolm and Marianne, three grandchildren and one great-grandchild.