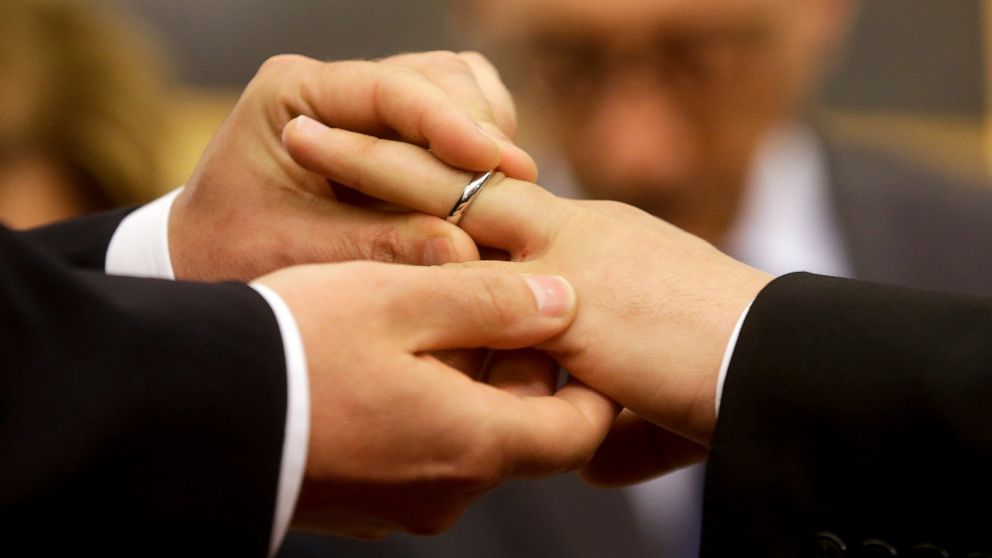 A Belgian bishop has lashed out at the Vatican for its decree that the Catholic Church will not bless same-sex unions.

BRUSSELS – A Belgian bishop has lashed out at the Vatican for its decree that the Catholic Church will not bless same-sex unions as God “cannot bless sin.”

Bishop of Antwerp Johan Bonny wrote in an opinion piece Wednesday that he feels “shame for my Church” and “intellectual and moral misunderstanding” after Pope Francis approved the “no” answer to a question about whether Catholic clergy have the authority to bless people of the same sex. unions. The official response said that God “does not and cannot bless sin.”

Bonny, who was part of a 2015 Vatican synod on marriage and family, said: “I want to apologize to all those for whom this is painful and incomprehensible.”

The Belgian bishops’ conference backed Bonny’s concerns, saying that LGBT worshipers and their families viewed the Vatican decree as “exceptionally painful.” The conference urged everyone to work in “a climate of respect, recognition and integration.”

The Vatican’s position has pleased conservatives, discouraged advocates of LGBT Catholics, and stymied a debate within Germany’s Catholic Church, which has been at the forefront of opening discussions on hot topics like Catholic teachings. about homosexuality.

Bonny said he was disappointed by the level of discussion that ran through the note from the Vatican’s orthodoxy office, the Congregation for the Doctrine of the Faith.

“Intellectually, this is not even high school level. These kinds of arguments, logic, you see through them. These days, he doesn’t convince anyone that way, ”Bonny said.

The Congregation’s note distinguished between the blessing of same-sex unions and the church’s welcoming and blessing of homosexual people, which it endorsed. He argued that such unions were not part of God’s plan and that any sacramental recognition of them could be mistaken for marriage.

The Vatican maintains that homosexual people should be treated with dignity and respect, but that homosexual sex is “inherently disorderly.” Catholic teaching says that marriage is a life-long union between a man and a woman that is part of God’s plan and is meant to create new life.

The orthodoxy office document argued that same-sex unions cannot be blessed by the Catholic Church because they are not part of that plan.

God “does not bless and cannot bless sin: he blesses sinful man, so that he recognizes that it is part of his plan of love and allows himself to be changed by it,” the note said.

In his opinion piece published in the Belgian newspaper De Standaard, Bonny replied that “sin is one of the most difficult theological and moral categories to define, and one of the last to identify people and their way of living together.”

The Congregation for the Doctrine of the Faith issued a similar decree in 2003 saying that the church’s respect for homosexual people “cannot in any way lead to the approval of homosexual behavior or the legal recognition of homosexual unions.”

Belgium has historically been a staunch Catholic country with strong ties to the Vatican. But the number of believers and attendance at religious services has declined in recent decades.

The nation is dotted with churches large and small, but their death announcements almost invariably outnumber those of baptisms.