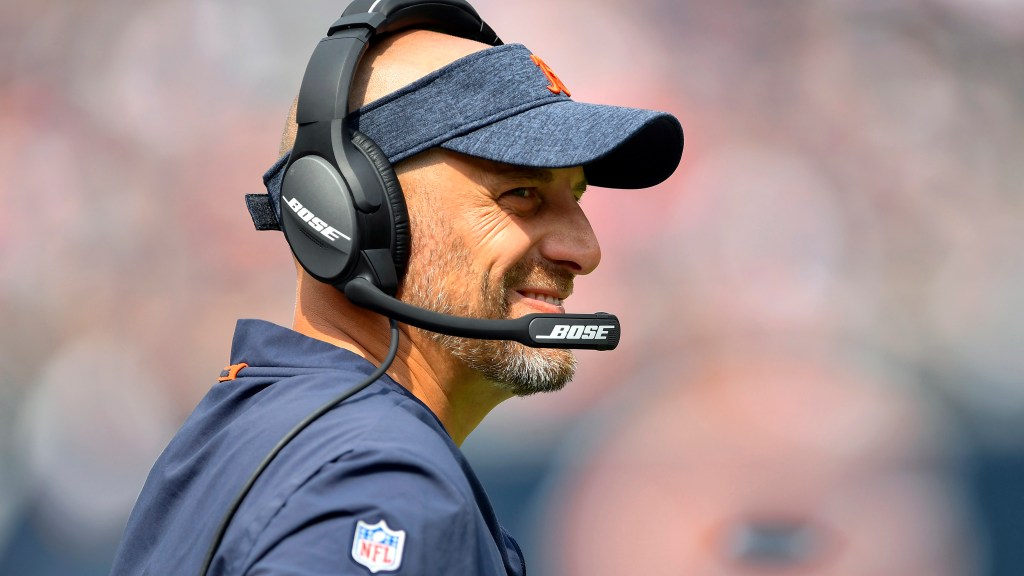 The Chicago Bears are a franchise that has been desperate for a franchise quarterback for decades, and it’s been one disappointment after another. So when they hired a head coach to replace John Fox, it came as no surprise that they went on offense.

Matt Nagy was hired to fix Chicago’s sluggish offense and develop second-year quarterback Mitchell Trubisky, both of which he couldn’t do in three years with the Bears.

There’s been a lot of talk about Nagy not getting his pick at a quarterback, having been traded for Trubisky. However, you have to believe that Nagy had a lot to say in the decision to trade for Nick Foles last offseason, a move that didn’t work out and that left Chicago tied up with his salary.

This offseason has been focused on finding the Bears’ starting quarterback for 2021, prompting a question during his offseason press conference last Tuesday about what exactly Nagy is looking for in a quarterback.

“I would say leadership, decision making and if you have some versatility as a quarterback with your legs, great,” Nagy said. “If you don’t, no problem. We can fix it. “

When talking about a quarterback’s double threat ability, Nagy continually mentioned Trubisky. When it comes to leadership, Nagy praised Alex Smith, who is being released by Washington and could very well be a free agent target for Chicago.

The Bears have been searching for an answer to their quarterback problems this offseason, where everything is on the table. Whether it’s the return of Trubisky or Foles as a starter, a veteran free agent, a rookie, or even a trade for a star like Russell Wilson or Deshaun Watson.

Right now, Nagy is enjoying the evaluation process, wherever he takes his team this offseason.

“I’ve always been a quarterback,” Nagy said. “I have played the position my whole life. I have fun evaluating the position and seeing what other players do well and what they don’t do well, and then how it fits into our place.

“Right now, we are literally in the middle of everything and many, ‘What if this? What if that? And it’s our job to make sure we put points on our i’s and cross our t’s together; everyone, not just me and Ryan, the coaches, the staff and talking about different scenarios.

“For me, I love the process. I really enjoy it. I feel that over time, for me, selfishly, there is a confirmation in that. That part is what excites me. “