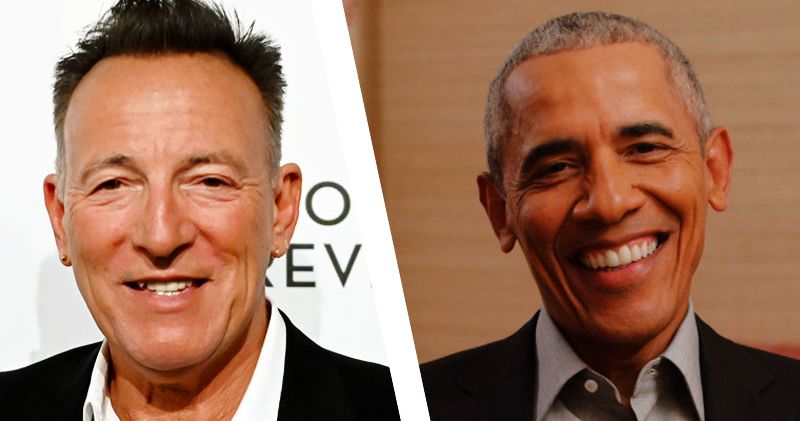 Like legions of men before them, Barack Obama and Bruce Springsteen are joining forces for a podcast. Years after Obama met Springsteen in the 2008 campaign, and featured his music on many playlists, the two released the eight-episode series. Renegades: Born in the United States on Spotify. The second offering from the Higher Ground study by Barack and Michelle Obama, Forsaken It will focus on “intimate conversations on issues of race, parenting, marriage and his own personal and professional journeys,” according to a statement. More specifically, as President Obama explains at the beginning of the first episode, the show focuses on finding “a more unifying American story.” “In our own way, Bruce and I have been on side trips trying to understand this country that has given us so much,” Obama says in the episode. “Trying to chronicle the stories of its people. Looking for a way to connect our own individual searches for meaning, truth, and community to the broader history of America. “Listen to the first two episodes on Spotify now, or just enjoy this photo of Obama and Springsteen relaxing like old friends. are.

The news is part of Spotify’s largest Stream On event, which also features a few other podcast announcements. Higher Ground will also produce Misha Euceph’s podcast on the Muslim experience, Tell them i am. Director Ava DuVernay, meanwhile, is ready to enter podcasting with the LEAP files, or Law Enforcement Accountability Project, which focuses on police brutality. Spotify also announced a partnership with Avengers Endgame directors Joe and Anthony Russo and their studio AGBO, while providing an update on an ongoing partnership with Warner Bros. and DC Comics. That association will include The rise of the Dark Knight the podcast of writer David S. Goyer Batman unearthed. “We’re going to take a deep dive into Batman’s unconscious mind, in his dream state,” Goyer said in a video. DC Comics Creative Director Jim Lee also teased other podcasts from Spotify’s partnership with Warner Bros. and DC that could focus on Catwoman and Kitana, Superman and Lois Lane, Wonder Woman, Riddler, and Batgirl.