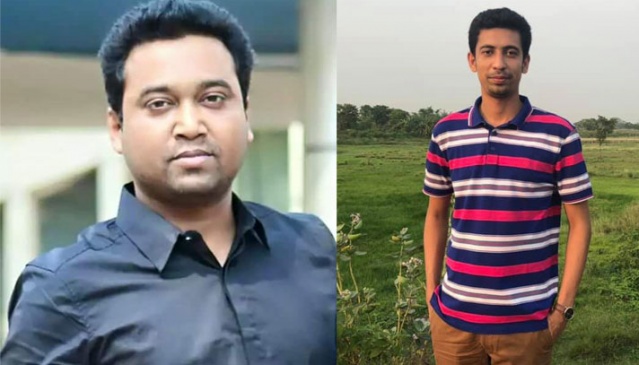 About seven months after the abolition of the committee over the confrontation, Sheikh Russell filed a complaint against central secretary general Rabbani, demanding money, while more accusations were coming against Rabbani.

The Central League of Chhatra suspended the activities of the committee the same day after the confrontation between supporters of the president of the Chhatra League of Jagannath University, Tariqul Islam, and editor Sheikh Russell. The committee was abolished on February 7.

Last Friday, Sheikh Russell wrote in a Facebook post that Rabbani had asked for money in exchange for maintaining the committee.

Sheik Russell said after the crash, President Tariqul Islam and asked Rabbani to withdraw the suspension from the committee. Then he (Rabbani) said: "Previously, Sohag was brother-in-law, brother-in-law, Sharif-Siraj (former president-secretary of the Chhatra League of Jagannath University). You don't give me anything. Tell me how much you can give in the month, then let's see how the committee can be fixed. ”Russell said he disagreed with that condition.

Russell says that the leaders of the Central League of Chhatra were also not happy with the project to establish a second campus of Jagannath University in Keraniganj. "We have university projects, when they see that we are not working like them, they understand that if we do, they will not get anything from the project," he said.

Claiming that the BCL committee of Jagannath University was abolished for these two reasons, Russell said: "We have presented several evidence to the main leaders of the party on these issues."

Russell criticized the announcement of the committee for a month and a half after the BCL conference at Jagannath University, which was held on July 22.

Regarding Russell's complaint, Rabbani said: "Twenty-five leaders were injured in the internal clash between the Jagannath University Chhatra League. Three journalists were also injured in the incident. In addition, we first postponed all committee activities after the news that the president-secretary general of the Jagannath Chhatra League was involved in various misconducts.The Awami League general secretary, Obaidul Quader, the leader of the caretaker of the Chhatra League, Jahangir Kabir, brother Nanak, brother Abdur Rahman, Brother Bahauddin Nakhim and Brother BM Mozammel were abolished by the committee.

Rabbani also said: "It's not about talking to Jagannath's president or secretary general about saving the committee. Many committees have been spreading against us because they can't sustain it. They've always been making hostile comments on Facebook about the Central League of Chhatra Now, the BCL has raised new accusations about the missing union's suggestion that it is a false, unfounded one.

See what to do when smartphone storage is reduced

To save a movie you have to go to the theater: Tisha

Powered by https://tech2.org/bangladesh | Designed by TECH2
© Copyright 2019, All Rights Reserved