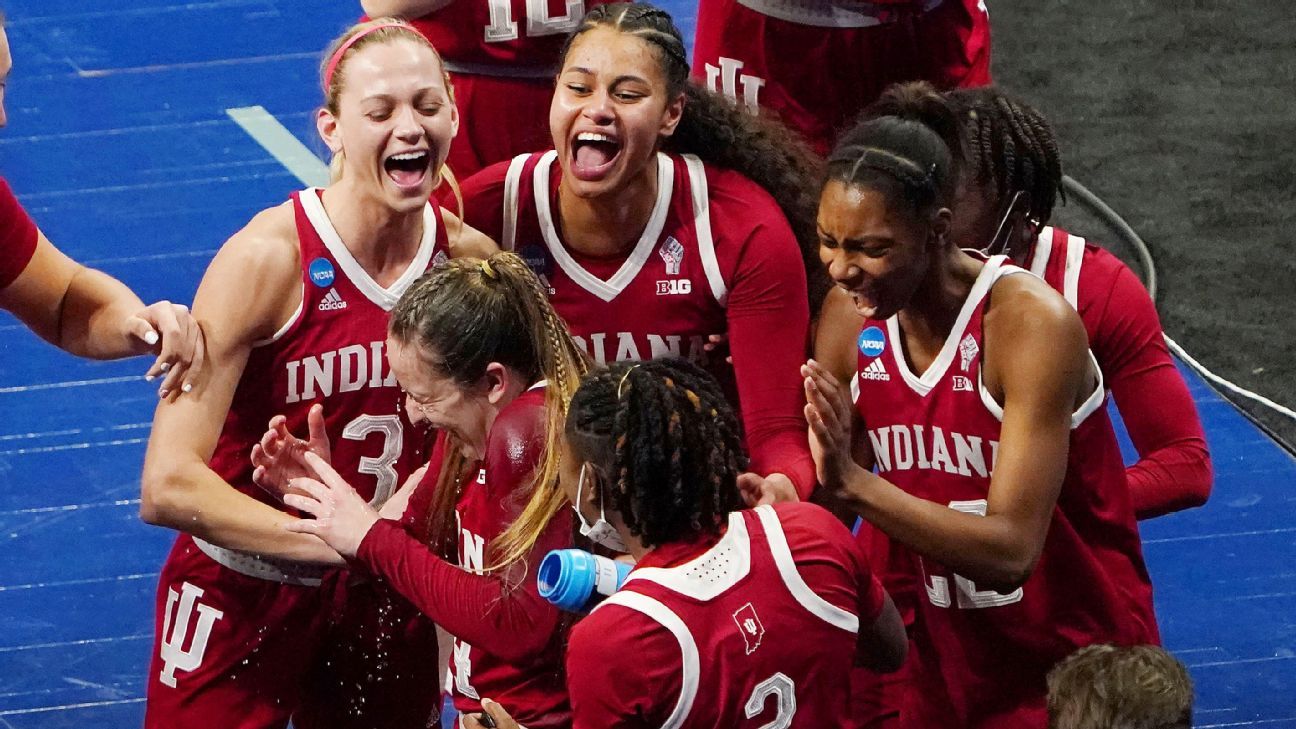 SAN ANTONIO – The No. 1 seed in the NCAA women’s basketball tournament has lost, as No. 4 Indiana defeated NC State 73-70 in the Market Region semifinals on Saturday, giving the Hoosiers his first trip to the Elite Eight.

Indiana had been in the Sweet 16 only once before, in 1983, the second year of the NCAA women’s tournament, when the field was only 36 teams and the Hoosiers had to win just one game to reach the regional semifinals.

Indiana had all five starters finish in double digits in scoring on Saturday, led by Ali Patberg with 17 points.

The Hoosiers finished second in the Big Ten regular season standings against Maryland, the second seed in the Hemisfair Region to play in the Sweet 16 on Sunday against Texas. But Indiana was upset in the Michigan State conference tournament before coming to San Antonio and getting victories against VCU, Belmont and NC State. This is Indiana’s seventh trip to the NCAA tournament, and it’s the third under the direction of coach Teri Moren.

The Wolfpack was left without senior starter Kayla Jones, who suffered a knee injury in her first-round win and did not return. NC State was the ACC tournament champion and had victories this season against then-No. 1 South Carolina in December and then not. 1 Louisville in February.