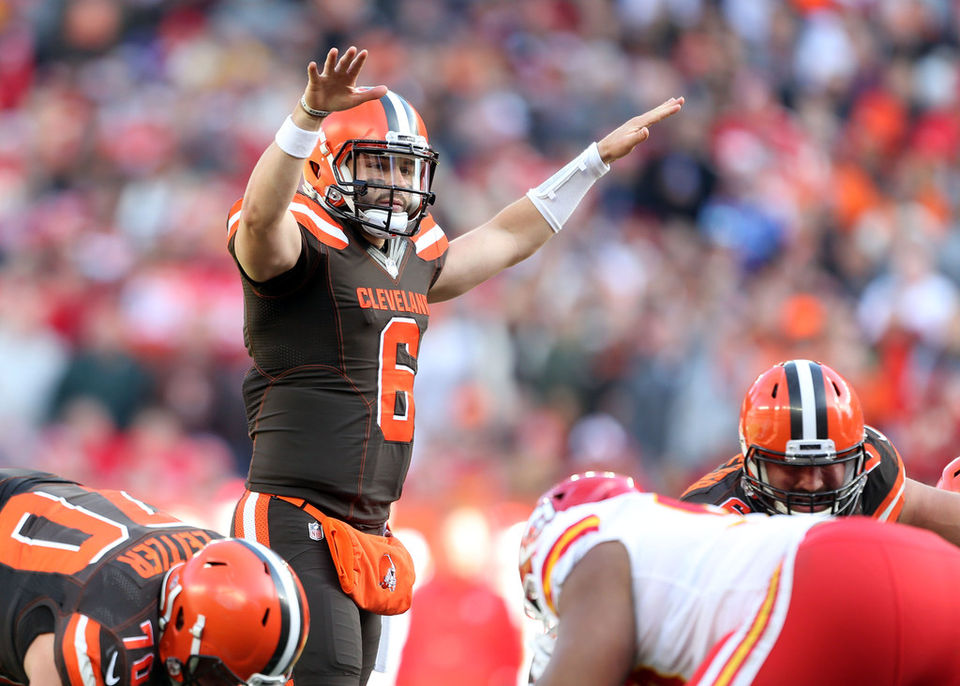 CLEVELAND, Ohio – Field marshal Baker Mayfield completed 29 of 42 attempts for 297 yards and two touchdowns in the Cleveland Browns' 37-21 loss to the Kansas City Chiefs on Sunday afternoon at FirstEnergy Stadium. Mayfield was intercepted once and fired twice. Tyrod Taylor briefly replaced a Mayfield shake and left with 1 of 1 for 11 yards.

Rough start This was Gregg Williams' first game as interim coach of the Browns after Hue Jackson was fired earlier in the week.

Mayfield day: The rookie Mayfield, under the offensive coordination of Freddie Kitchens for the first time, performed reasonably well. He seemed more comfortable and played better than in any of his previous three games.

CBS Sports badysts Trent Green and Bruce Arians liked what they saw of Mayfield in general.

It was not Mayfield's fault that the Chiefs' offense played with the Browns, or that a Browns punt was blocked. The failures of the Cleveland defense, which were exhausted by injuries, forced Mayfield and the offense to play uphill for the vast majority of the minutes.

The kitchens obviously tried to pull Mayfield out of the pocket and wanted him less confident in the deep ball. The results were mixed. At the very least, Kitchens and Mayfield dusted runner Duke Johnson Jr. in the pbading game.

Although performance was a basic component, Mayfield missed several pitches by a wide margin. And he made a bad decision / pbad that became an interception when the Browns were driving at the end of the fourth quarter. The game did not cost the Browns the game (they would lose, regardless of the score), but it can not be overlooked.

Piece by piece: Here is a breakdown of the Browns' delays after the DVR review of the CBS Sports broadcast: