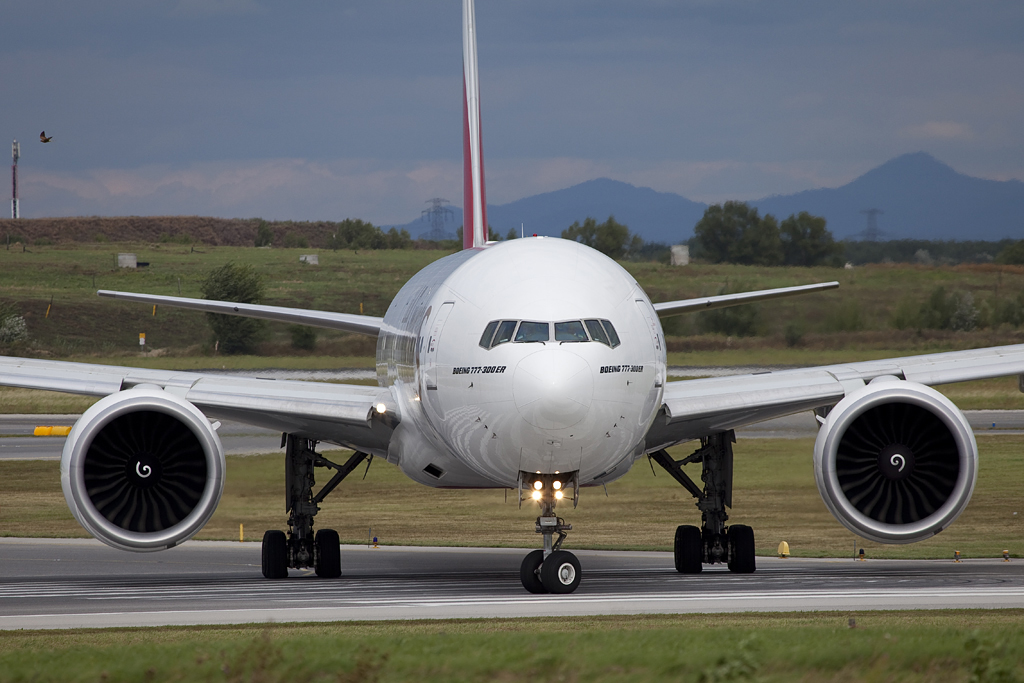 Early Friday morning, a Boeing 777 made an emergency landing in Moscow, according to Russian media. The Interfax news agency quotes an anonymous source as claiming that the landing was caused by an engine failure on a flight from Hong Kong to Madrid. According to the Hong Kong Civil Aviation Department, it was a cargo flight. So far no injuries have been reported.

Engine failures happen, pilots train for them, and our airport infrastructure is configured to accommodate emergency landings like this. However, the timing of this failure is remarkable. This is the second 777 engine failure in a week and the third to occur on a Boeing aircraft.

Shortly after takeoff on Saturday, February 20, a United Airlines flight to Hawaii made an emergency landing after suffering catastrophic failure of the right engine. The event was widely shared on social media, you probably saw the video of a passenger inside the Boeing 777-200 showing the damaged engine on fire; If you haven’t, you should. There was also damage to the ground due to falling debris. This prompted Boeing to initiate inspections of all 777-200s, and shortly after the NTSB released photos of the damaged engine. No injuries have been reported.

Two days later, on February 22, a Boeing 747-400 cargo plane operated by Longtail Aviation suffered an engine failure over the Netherlands, dropping parts that allegedly injured two people on the ground. This is a different model airplane but uses a Pratt & Whitney PW4000, from the same family as the Pratt & Whitney PW4070 / 4090 on the United 777-200.

Reports from this morning’s emergency landing in Moscow will need to be verified and investigated, and we have not seen confirmation on what type of engine Rossiya Airlines B777-300ER used. For comparison, the 777-300ERs in the United fleet and the 777-300ERs operated by Emirates use General Electric engines rather than Pratt & Whitney models, so it is likely that the Rossiya aircraft also had a GE engine.

The fact that all flights could make safe landings is a testament to the redundant engineering of these aircraft. CNET did an in-depth analysis of the engine failure last Saturday and notes that it was an Extended Range Operations Performance Standards (ETOPS) aircraft capable of flying long distances on a single engine, necessary if an aircraft needed to reach halfway to Hawaii on an engine for an emergency landing. They also report on two other Pratt & Whitney PW-4000 engine failures in 2018 and 2020, although as mentioned above, today’s incident likely did not involve an engine from this manufacturer.