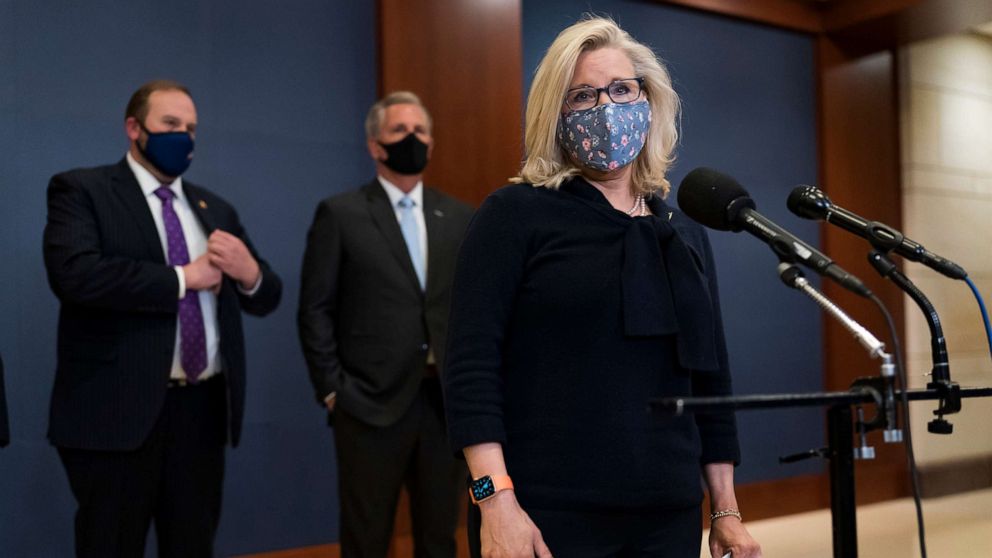 Liz Cheney contradicted Kevin McCarthy on whether Trump has a role in the Republican Party.

Former President Donald Trump and his future with the Republican Party was the subject of an uneasy showdown Wednesday between two Republican House leaders.

House Republican Leader Kevin McCarthy was unequivocal when asked if Trump should speak this Sunday at CPAC, the Conservative Political Action Conference, the great gathering of Republican and Conservative leaders.

“Yes, it should,” responded McCarthy, who recently went to visit Trump in Mar-a-Lago.

House Republican Conference Speaker Liz Cheney, Republican of Wyoming, the third Republican in the House of Representatives who voted to impeach Trump and became her target, gave a different answer.

“That depends on CPAC … I don’t think it should play a role in the future of the party or the country,” Cheney said while supporting McCarthy.

McCarthy, who was at the microphone, had a pained expression on his face when Cheney made his comment.

“On that high note, thank you!” McCarthy said to end the press conference.

McCarthy is scheduled to speak Saturday at the CPAC convention in Orlando, Florida.