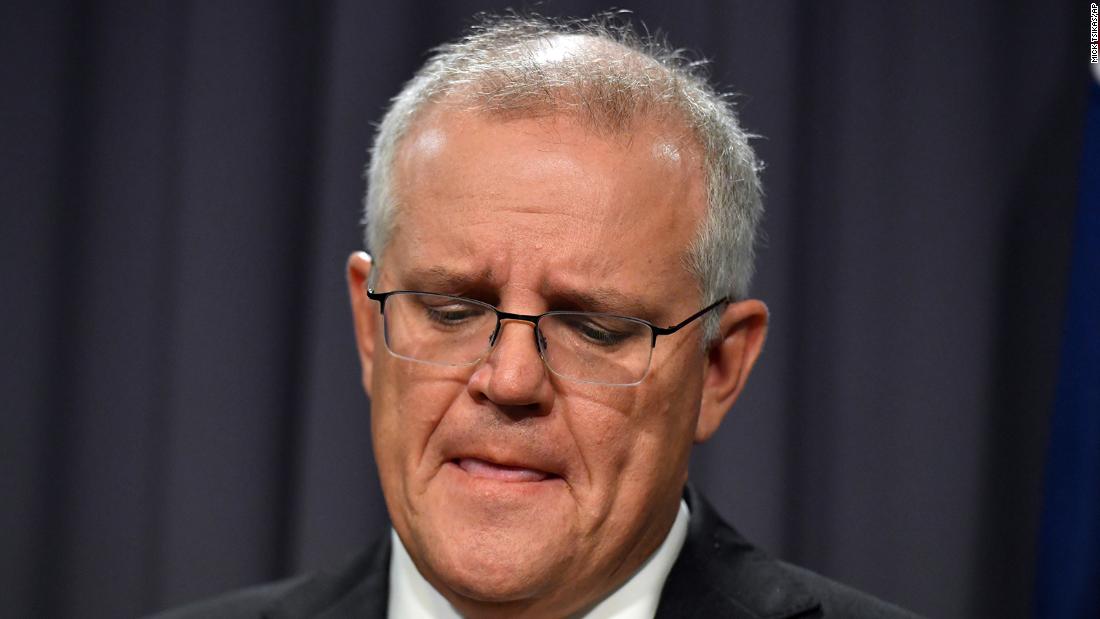 Morrison’s comments came hours after the Australian newspaper and Channel 10 reported allegations and images from an anonymous whistleblower about the lewd behavior of male government staff in Parliament House.

They featured the men filming themselves performing solo sex acts, including at the desk of a member of Parliament.

A government staff member was removed from office, a government minister said Tuesday.

Morrison described the report as “disgusting” and said he would speak to all government personnel on Tuesday to remind them of their responsibilities.

The ruling Liberal / National coalition has come under sustained pressure in recent weeks following allegations of rape by a Liberal Party staff member, including one in the office of a cabinet minister.

The problem prompted tens of thousands of people to demonstrate in Australia last week and caused Morrison’s position to drop in opinion polls.

Morrison has tried to defend his government’s actions at work to improve gender equality, but on Tuesday he accepted there was widespread dissatisfaction.

“I recognize that many Australians, especially women, believe that I have not listened to them, and that distresses me very much,” Morrison told reporters in Canberra.

“We must do better … we must put this house in order.”

However, he offered few concrete proposals to improve workplace culture in parliament, insisting that the changes be announced in the coming weeks.