Australian Open 2021: what Victoria’s lockout means for the first Slam of the tennis season 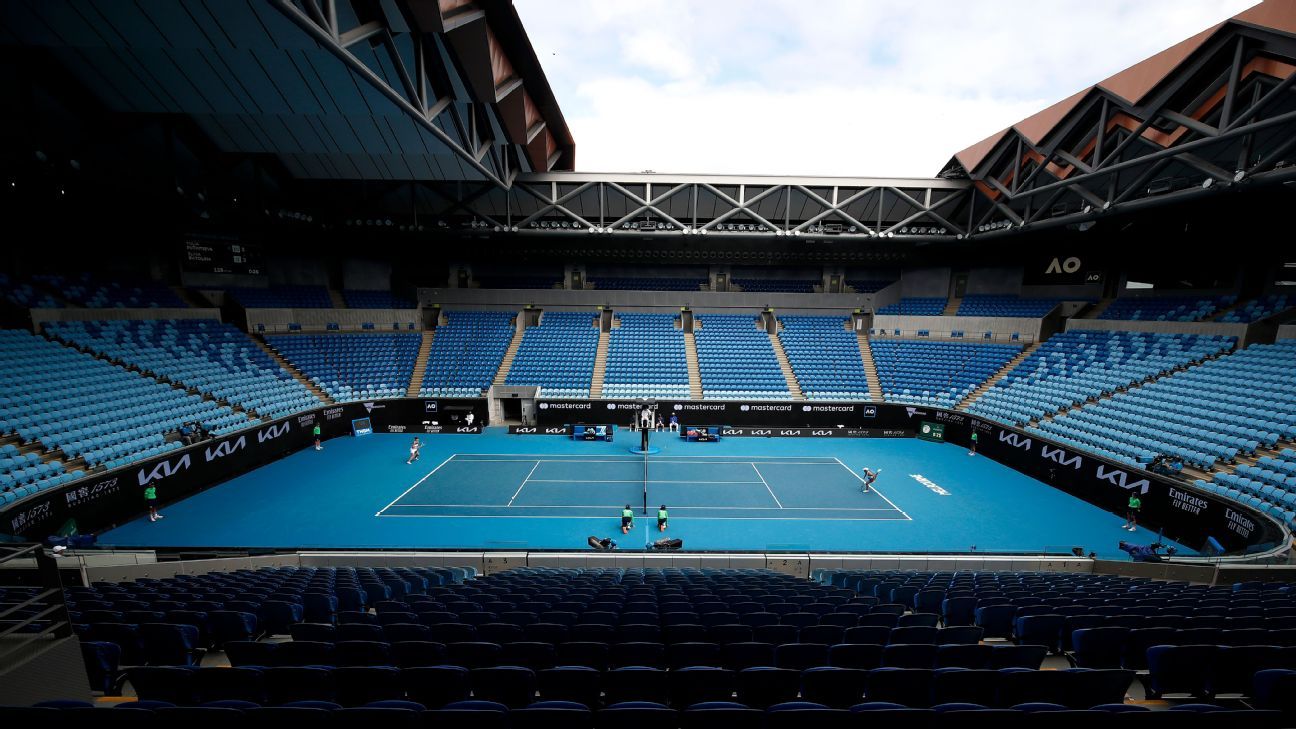 MELBOURNE, Australia – The 2021 Australian Open already looked considerably different from tournaments in previous years, but Friday’s announcement of a five-day state shutdown of Victoria has caused even more chaos.

Players will have to get used to the absence of crowds once again, with spectators locked out of Melbourne Park until at least Thursday February 18, to comply with the state restrictions for Stage 4.

So what exactly is happening in Melbourne and what does this mean for the first Grand Slam of the year? Here’s an attempt to clear things up a bit.

What is the current COVID-19 situation in Victoria?

As of Saturday, Victoria has 20 active cases of COVID-19. Only one new case of the virus was detected in the community overnight, bringing the number of community cases (those not in hotel quarantine) to 14.

All cases that are not in hotel quarantine and their immediate close contacts (such as family members and housemates) are currently self-isolating. In the 24 hours to midnight Friday night, 20,116 tests were conducted statewide.

In total, 14 active cases are linked to the Holiday Inn group at Melbourne Airport. The hotel was used as a quarantine place for those returning abroad, but is no longer used as such after the virus escaped and reached the community last week.

What are the latest restrictions in Victoria?

On Friday, the Victorian state government ordered a five-day “circuit breaker” lockout and reintroduced Stage 4 restrictions for the entire state. It means that as of Saturday, Victorians (and all visitors to the state) are allowed to leave their residence for only one of four reasons: to purchase necessary goods and services, care and care, exercise and essential work.

Necessary goods and services include supermarkets and other food retailers, post offices, banks, pharmacies, and liquor stores. Other establishments, including gyms, swimming pools and sports clubs, have been forced to close for the duration of the shutdown.

Except to attend essential work and provide care, Victorians are also not allowed to leave a 5-kilometer radius around their homes, while masks must be worn at all times except when performing strenuous exercise like running. You can find a full list of restrictions here.

Do players have to comply with the latest restrictions?

Yes, but under the restrictions, they are defined as “essential workers” and allowed to attend their place of work, in this case Melbourne Park. However, once they have left the compound, they must abide by the same rules as everyone else in Victoria, including leaving their residence for the four essential reasons. Since practice is part of their job, they will be allowed to practice on the courts at Melbourne Park when not playing. Players must wear masks both indoors and outdoors, except when exercising.

During their initial 14-day quarantine, those who weren’t locked up were allowed to practice for five hours a day, but this limit doesn’t apply to current restrictions.

While the current five-day lockdown is in effect, the 22 suites at Rod Laver Arena will house the top seeds still in the tournament. Players will be able to use them as a locker room and rest area as a way to help with social distancing at Melbourne Park. According to Tennis Australia, the top 11 seeds from the men’s and women’s draws still in the tournament will be assigned a suite.

Who can stay in Melbourne Park?

The Melbourne Park grounds will look quite bare during the weekend and in the second week of the tournament with no fans being able to enter. Still, aside from the players and coaches, there are a few other people who could be seen wandering the grounds.

“The essentials for the running of the event will be in place,” tournament director Craig Tiley said Friday afternoon.

This means that the referees and ball boys will continue to carry out their duties normally. Security is also allowed on the site, along with members of the media, including photographers, broadcasters, and print media.

What about the fans who had tickets for days 6-10?

While it may be disappointing that fans can’t make it to the Australian Open, they won’t run out of money. Tennis Australia will offer full refunds to all ticketed fans from Saturday until next Wednesday, and an announcement is expected on how they can request refunds imminently. Details will be shared once they are known.

Those who were forced to leave the Rod Laver Arena on Friday night are eligible for a refund?

World No. 1 Novak Djokovic said he had “never seen anything like it” when Rod Laver Arena fans were asked to leave the venue at 11:30 pm local time on Friday. With the imminent curfew, the game was suspended for 15 minutes while spectators were sent home for safety. It meant that Djokovic and American Taylor Fritz had to play their decisive fifth set in an empty stadium, while fans who had to leave could not witness what would be an epic finale.

Although unconfirmed, Tennis Australia will likely also refund any tickets purchased for Friday night’s session at Rod Laver Arena, despite fans being able to watch the previous five and a half hours of play.