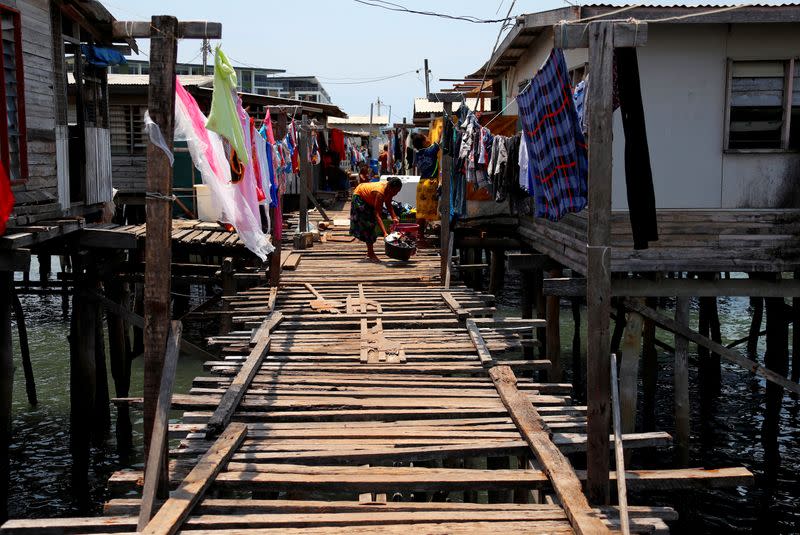 CANBERRA (Reuters) – Australia is considering diverting COVID-19 vaccines from its vaccination program to Papua New Guinea (PNG), where the coronavirus threatens to trigger a humanitarian disaster, a government source said on Friday.

Papua New Guinea is expected to receive 588,000 doses of vaccine by June under the COVAX initiative to help the poorest countries, but questions have been raised about those supplies given new restrictions imposed on producing countries as the virus spreads. virus.

The European Union is implementing stricter vaccine export controls and has not yet responded to an Australian request to release 1 million doses of the AstraZeneca vaccine that has been contracted to go to Australia, instead of PNG, said the source to Reuters.

India has temporarily suspended all major exports of the Serum Institute of India injection of AstraZeneca to meet domestic demand, which will almost certainly delay deliveries to PNG.

There is growing concern that PNG, an island nation of some 10 million people, many of whom live in impoverished and isolated communities, cannot afford to wait.

“We have a humanitarian disaster unfolding in our backyard,” said the source, who is familiar with the government’s thinking on the issue. The source declined to be identified because he is not authorized to speak to the media.

Australia is still lobbying the EU for one million doses, but is considering other options, the source said.

“A decision has not been made yet, but the government is considering sending vaccines,” said the source, who did not comment on the number of doses being discussed.

PNG, which was administered by Australia before its independence, has recorded more than 4,000 cases of the virus, according to figures released Thursday.

But Australia says the count vastly understates the scope of the crisis, as the Pacific country does not conduct massive testing.

PNG’s largest hospitals have reported that up to 80% are testing positive and Prime Minister James Marape has said the virus has been “unleashed.”

The only vaccines PNG has received are just over 8,000 doses that Australia sent to health workers.

“The Australian government is absolutely right to pressure the EU on this matter, but the situation is too urgent to wait,” said Marc Purcell, director general of the Australian Council for International Development, which represents aid agencies.

The Australian government is now faced with the politically sensitive question of whether to deliver doses of the AstraZeneca vaccine to PNG in the early stages of its own vaccination campaign.

Biotech company CSL is due to supply Australia with 50 million doses of the AstraZeneca vaccine that it has started producing in Australia to help inoculate the entire population of some 26 million by the end of the year.

Australia has largely succeeded in tackling the coronavirus through blockades, distancing, contact tracing and border controls. It has reported just over 29,200 cases and 909 deaths.