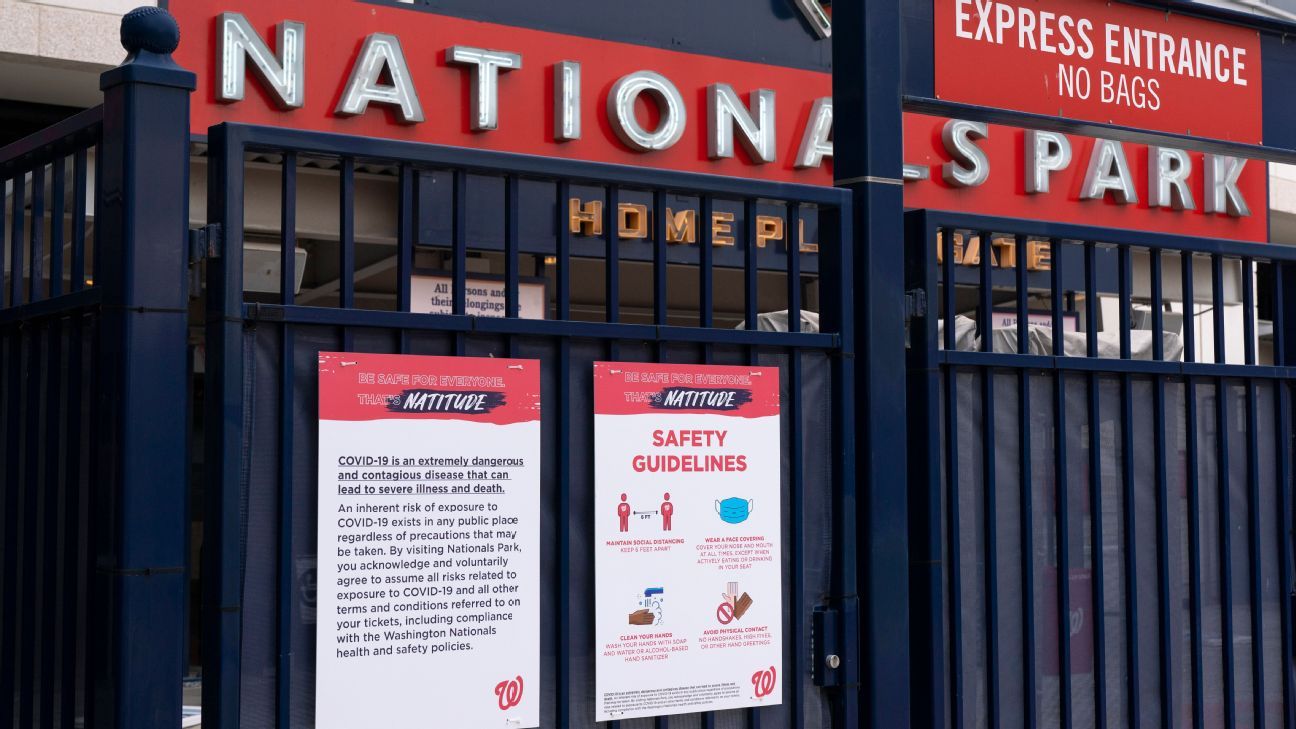 The first game of the series scheduled for Monday between the Atlanta Braves and the Nationals has been postponed as Washington continues to grapple with a coronavirus outbreak, sources told ESPN’s Buster Olney.

The hope is that teams will play at Nationals Park on Tuesday, sources said, if all goes well with the COVID-19 situation in Washington.

Four Nationals players tested positive for COVID-19 in the past week and are in isolation, while seven others are now in quarantine because contact tracing determined they may have been exposed to the disease.

General manager Mike Rizzo said early Sunday that none of those 11, most of which, though not all, were supposed to be on the Opening Day roster, would be available Monday. Rizzo has not publicly identified any of the players involved or the two staff members who have also been quarantined due to possible exposure.

Washington has yet to play a game this season; his first three-game series against the New York Mets on Thursday, Saturday and Sunday was postponed.