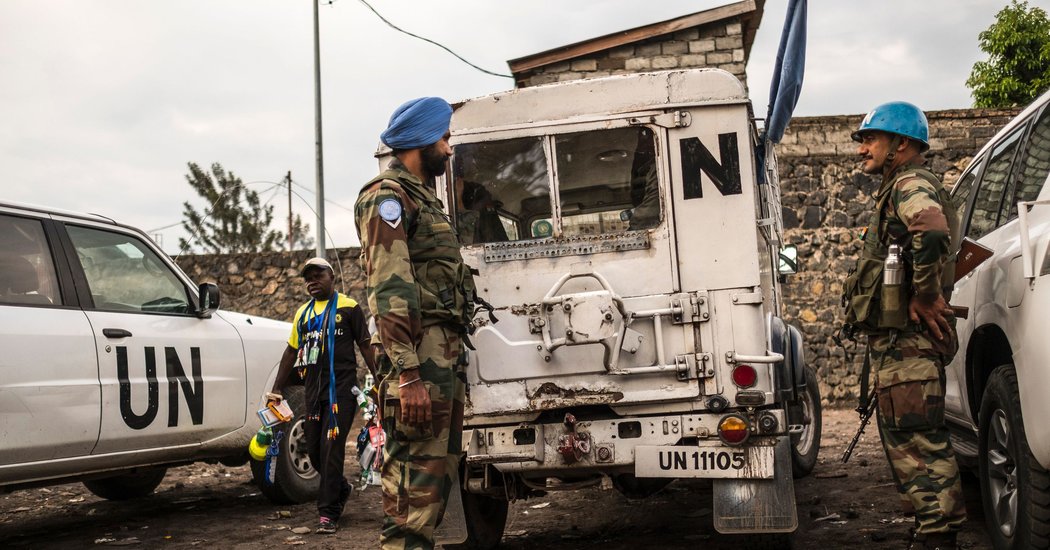 "I want to express my outrage and my total disappointment at last night's attack on United Nations peacekeepers in the Democratic Republic of the Congo," said Guterres. "It is another indication of the enormous sacrifices made by countries contributing troops to the service of global peace."

The United Nations declined to say how many militants were killed in the attack, but a spokesman for the Congolese army in North Kivu, Capt. Mak Hazukay, said 72 rebels were killed.

The mission statement provided few details on how the attack developed, but said that the United Nations and Congolese forces had been coordinating a joint response and the agency conducted evacuations and badessed the situation of security in the area .

The Stabilization Mission of the United Nations Organization for the Democratic Republic of the Congo, known by its acronym Monusco, is the largest United Nations peacekeeping operation in the world, with more than 16,000 soldiers .

Jean-Pierre Lacroix, the undersecretary of peacekeeping operations, said at a press conference at the United Nations that the peacekee People had been part of what is known as the Force Intervention Brigade, whose members have the authority to shoot first and not wait to shoot in self-defense.

The Allied Democratic Forces was one of the many armed groups that Monusco has been fighting under his mandate to protect civilians, he said. "We are bothering them, and they do not like it," said Lacroix. "They are attacking the population."

He said he would travel to Congo in the coming days and that the United Nations was "determined to get to the bottom" of what had happened.

In October, the Allied Democratic Forces killed 22 people, many of them state officials, in the Beni region when they ambushed a convoy of motorcycles with machetes and pistols, according to the authorities.