June 5, 2020 Science Comments Off on Astronomers have found an Earth-like exoplanet orbiting a sun-like star 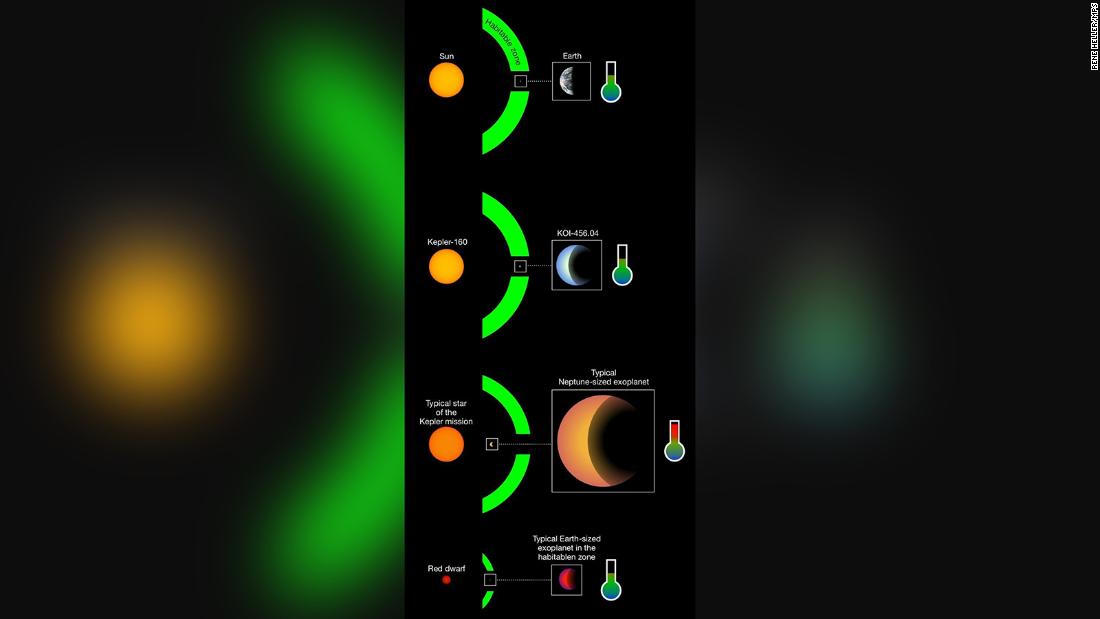 The star is known as Kepler-160, and was observed during the NASA exoplanet-hunting Kepler mission, between 2009 and 2013. It is similar in size and the temperature of the sun.

Previous observations in the last six years have revealed that Kepler-160 is orbited by two extrasolar planets, Kepler-160b and the Kepler-160c. But these are much larger than Earth and close to the orbit of the star, so that its surface temperature very hot and inhospitable to life.

Few variations in the time it takes Kepler-160c to orbit the star, however, suggests that could be a third planet in the system. Instead, astronomers found not one more, but two or more planets.

“Our analysis suggests that Kepler-160 is orbited, not by two, but by a total of four planets,” said René Heller, the lead author of the study and the Max Planck Institute for Solar System Research scientist, in a press release.

The detailed study of their findings, published this week in the journal Astronomy & Astrophysics.

The third planet, Kepler-160d, which is responsible for the distortion of the orbit of Kepler-160c. But the other possible planet discovered is even more clear and exciting.

The planet candidate has been named as KOI-456.04. It is less than two times the size of Earth and receives a similar amount and type of light of your sun-like star.

The planet candidate is also in orbit at a distance that places it within the habitable zone of the star, where the temperature of the surface of the planet could support liquid water and the potential for life. This is similar to when the Earth is located in relationship with the sun.

And has an orbital period around the star of 378 days, similar to the year of the Earth that it takes to complete one orbit around the sun.

“KOI-456.01 is relatively large in comparison with many other planets that are considered potentially habitable. But it is the combination of this less than twice the size of planet Earth and its solar-type host star that make it so special and familiar,” Heller said.

All the factors of the way in which this potential planet interacts with its star means that the conditions at the surface might be similar to Earth but that all depends on if you have an atmosphere. The researchers said that if the planet had an atmosphere stable with a slight warming from a greenhouse effect similar to what the experiences in the Earth, the average temperature would be similar to that of our planet, the average global temperature.

The researchers discovered that in the two other possible planets, Kepler-160 system when looking through Kepler data using a detailed model of the variations of the star brightness. Until now, they have found 18 exoplanets passing by the file of the data collected during the nine years of the Kepler mission.

“The planetarium of the signal is so weak that it is almost totally hidden in the noise of the data. Our new search mask is slightly better in the separation of a real exoplanetary signal from the noise in the critical cases,” Heller said.

The researchers warned, however, that they have not confirmed that this is a planet, and did not rule out that it could be a measurement error. Based on your information, is an 85% chance of being a planet — but 99% is required to be considered a planet.

Future observations of the system use of ground or space telescopes could confirm if it is a planet. This includes the European Space Agency’s PLATO mission, which will be launched in the year 2026, and the search for Earth-size planets around stars similar to the sun, among other objectives.

Many Earth-size exoplanets discovered in recent years orbiting small red dwarf stars, instead of stars similar to the sun. These stars are much smaller and cooler than our sun and extra-solar planets around them are more close to the orbit of the Earth is to the sun, but which probably have similar moderate surface temperatures because the stars are cooler.

These red dwarf stars, however, emit infrared radiation as opposed to that of the visible light that we receive from the sun. Also lash their planets with flares of high energy radiation, which is the reason why these planets are discussed as potential hubs of life outside our solar system.

“The complete picture of occupancy, however, involves a look at the qualities of the star, too,” Heller said.