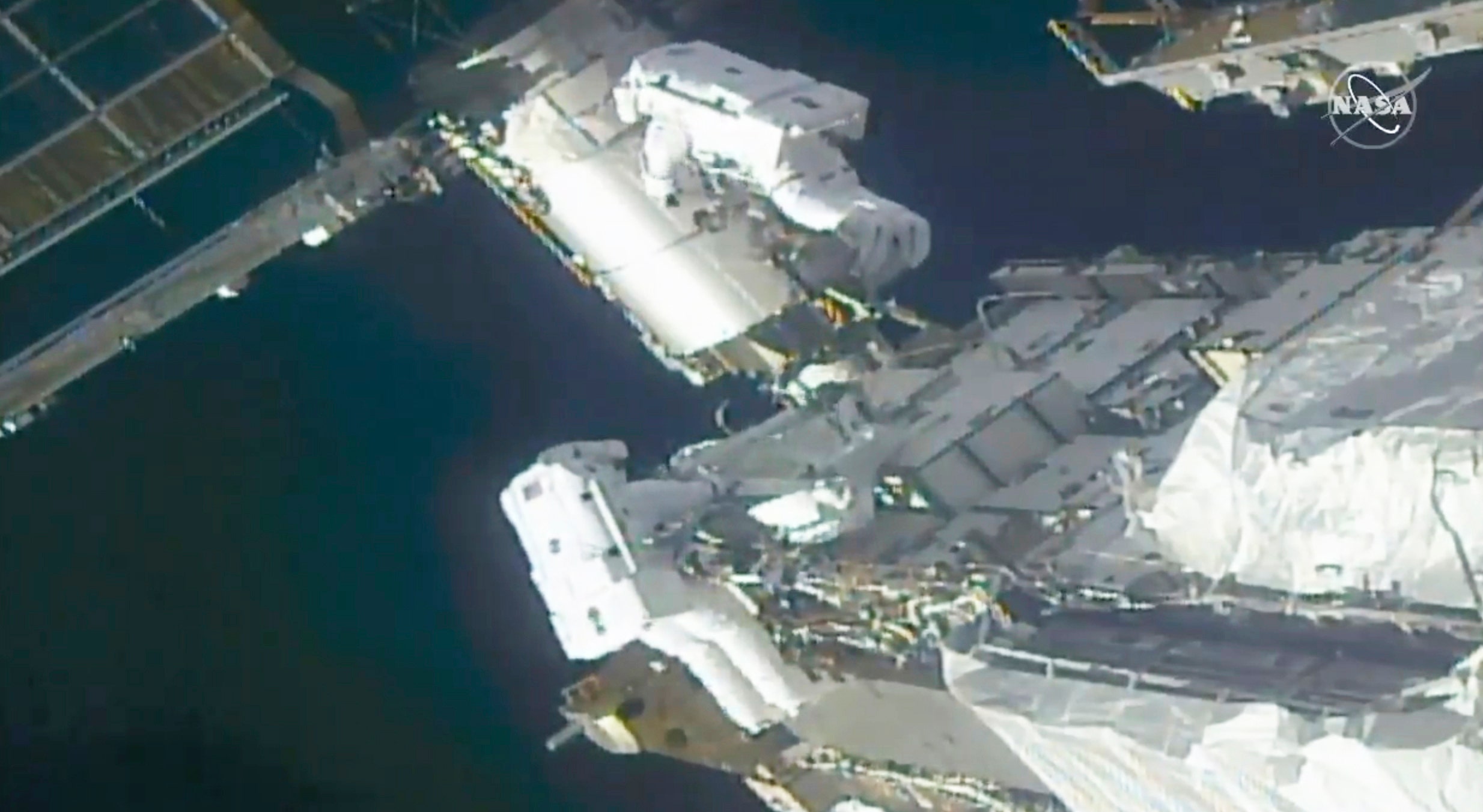 NASA’s Kate Rubins and Victor Glover left the lab in orbit carrying 8-foot (2.5-meter) duffel bags filled with hundreds of pounds of mounting brackets and struts. The equipment was so large and uncomfortable that it had to be taken apart like furniture, just to get through the hatch.

The astronauts headed their unusually large payload to the far port side of the station, careful not to collide with anything. That’s where the station’s oldest and most degraded solar wings are located.

Glover quickly began putting the struts together in a triangle shape, using a cordless electric drill, and Rubins bolted the entire piece to the space station.

With more people and experiments flying the space station, it will take more power to keep everything running, according to NASA. The six new solar panels, which SpaceX will deliver in pairs over the next year, should increase the station’s electrical capacity by as much as 30%.

Rubins and Glover had to assemble and bolt the struts for the first two solar panels, which will be launched in June.

The eight solar panels there are now between 12 and 20 years old, most of them past their design lifespan and deteriorating. Each panel is 112 feet (34 meters) long by 39 feet (12 meters) wide. End to end counting the center frame, each pair extends 240 feet (73 meters), longer than the wingspan of a Boeing 777.

Boeing is supplying the new roll-up panels, about half the size of the old ones, but just as powerful thanks to the latest solar cell technology. They will be placed at an angle above the old ones, which will continue to work.

A prototype was tested on the space station in 2017.

Sunday’s spacewalk was the third for infectious disease specialist Rubins and Navy pilot Glover, who could end up flying to the moon.

They are among 18 astronauts newly assigned to NASA’s Artemis lunar landing program. The next moonwalkers will come from this group.

Last week, Vice President Kamala Harris made a congratulatory call to Glover, the first African-American astronaut to live full-time on the space station. NASA launched the video sharing on Saturday.

“We are very proud of the history that he is making,” Harris said. Like other news, Glover replied, it won’t be the last. “We want to make sure that we can keep doing new things,” he said.

Glover and Noguchi were among the four astronauts who arrived via SpaceX in November. Rubins launched from Kazakhstan in October alongside two Russians. They are all scheduled to return to Earth this spring.