Home / U.S. / As the flu season ends, another viral infection could reach Wisconsin.

As the flu season ends, another viral infection could reach Wisconsin. 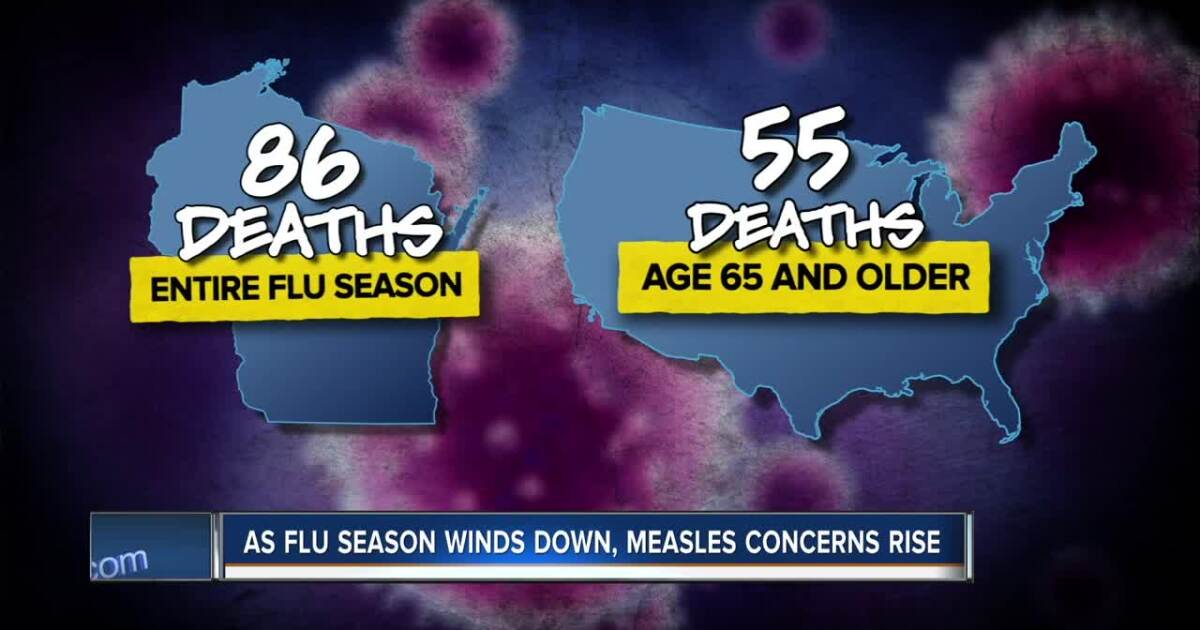 As reports show fewer cases of a viral infection in our area, there is another that could soon affect southeastern Wisconsin.

On Friday morning, the Children's Hospital of Wisconsin officially lifted the restrictions of the flu season to young visitors. It is a clear signal that the flu season is ending, but Dr. Lyn Ranta said that we are not out of danger yet.

"Last year was a particularly busy year, in 2018. We had 100 last season. Therefore, we have almost reached last season, "said Ranta.

This year's flu season in southeastern Wisconsin began slowly, but since the first part of the year, Ranta said that nearly 90 patients were hospitalized due to the flu. When looking at the numbers in the state, there were two reported child deaths since October 1, and there were 86 child deaths across the country. Eighty-six people from Wisconsin died during the entire flu season, but the most affected age group was those over 65, with 55 deaths.

"Our flu season in this part of the state has peaked and is declining. We are certainly not out of danger yet. There is still a lot of influenza in the community, "said Ranta.

As flu season declines, outbreaks of measles throughout the Midwest are on the rise.

Ranta said there is almost a 100% chance that Wisconsin will begin to see measles outbreaks sooner rather than later. This week, the CDC reported 555 cases of measles across the country.