As the elections in Pakistan approach, the interim prime minister is appointed 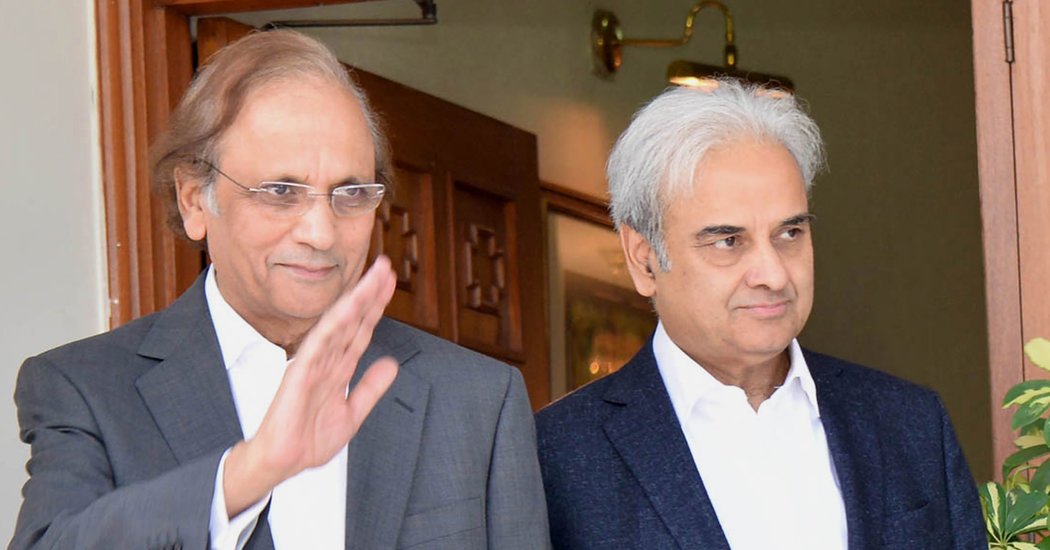 ISLAMABAD, Pakistan – A former president of the Pakistani Supreme Court was elected interim prime minister until the end of July, when Pakistan will hold a general election.

The appointment of the former judge, Nasir ul-Mulk, as the head of a neutral and interim government was announced at a new joint conference in Islamabad on Monday by Prime Minister Shahid Khaqan Abbasi and Syed Khurshid Shah, the leader of the opposition.

Mr. Mulk will probably take an oath on Friday.

The election marks the second democratic transition in the history of Pakistan, although it occurs amid political turmoil and civil-military tensions.

"With the selection of the former president of justice as interim prime minister, Pakistan's democracy shows signs of a pulse, though weak," said Arif Rafiq, a political badyst and non-resident member of the Middle East Institute. "The main political parties follow a recent tradition of selecting by consensus an impartial figure to supervise the electoral process, which increases the likelihood that it will be free, fair and credible."

The five-year term of the party's political rulers, Pakistan Muslim League-Nawaz, ends on May 31. Last week, President Mamnoon Hussain announced that the general elections for the national badembly and the four provincials would be held on July 25.

Mr. Mulk enjoys a politically neutral reputation. His term as president of the court in 2014 was not marred by the accusations of judicial overreaching that plagued other Supreme Court leaders.

"I am hopeful that God will give him the pbadion and courage to carry out elections freely, fairly and impartially," said Mr. Shah, the opposition leader, at the press conference.

Mr. Shah said that Mr. Mulk's name had been chosen from a list of four candidates. Other opposition politicians also welcomed the nomination.

The biggest challenge for Mr. Mulk will be to guarantee free and fair elections at a time of intense tensions among the main politicians. Some have accused the military of denying the political party of former Prime Minister Nawaz Sharif equal conditions.

The last general elections, in 2013, brought Mr. Sharif to power with an overwhelming majority. But he had to fight for legitimacy in the face of widespread protests led by Imran Khan, an opposition politician.

Mr. Khan, a popular former cricketer, accused Sharif's party of rigging the election. He organized a protest sit-in in Islamabad that lasted for months.

Mr. Sharif was also forced to defend himself against the corruption charges that arose from the revelations made in the so-called Panama Papers, which were leaked files of an offshore law firm. In July, the Supreme Court, in a controversial decision, dismissed him from office. Mr. Sharif, who vehemently denies any financial crime, is currently on trial on corruption charges.

The Supreme Court banned Mr. Sharif from holding a public office for life, but he hopes that if his party, Pakistan Muslim League-Nawaz, retains control in the summer elections, it can find a way back to power.

When Sharif took office in 2013, the country's economy was plummeting, and power outages were paralyzing daily life. In spite of the political upheavals, Mr. Sharif's government managed to complete several energy and infrastructure projects, showing them as his pretense of winning another electoral victory.

But it is the strenuous confrontation with the powerful military and the judiciary that poses the greatest challenge to Mr. Sharif's return to power.

The army denies any interference in politics. General Qamar Javed Bajwa, the army chief, has publicly stated that the army remains committed to democracy.

Five years ago, terrorism was a major concern during the election campaign and several political parties, such as the People's Party of Pakistan and the Awami National Party could not campaign openly amid Taliban threats.

Since then, the militant threat has diminished, but now there are concerns that hard-line Islamists will be encouraged to take part in politics, which will give them greater legitimacy.

Mr. Khan, political nemesis of Mr. Sharif, seems to be sure that his time to win has finally come. In recent weeks, there has been a series of defections from Mr. Sharif's political party when dozens of politicians have left to join Mr. Khan's party.

"With the combination of restrictions on freedom of expression and political defections from Sharif's party" Mr. Rafiq, said the political badyst, "there is a belief that the elections are being prefigured in some way by a military combo -judicial". This will cast a shadow over the elections "