As daily deaths approach 4,000, the worst may be yet to come for Brazil 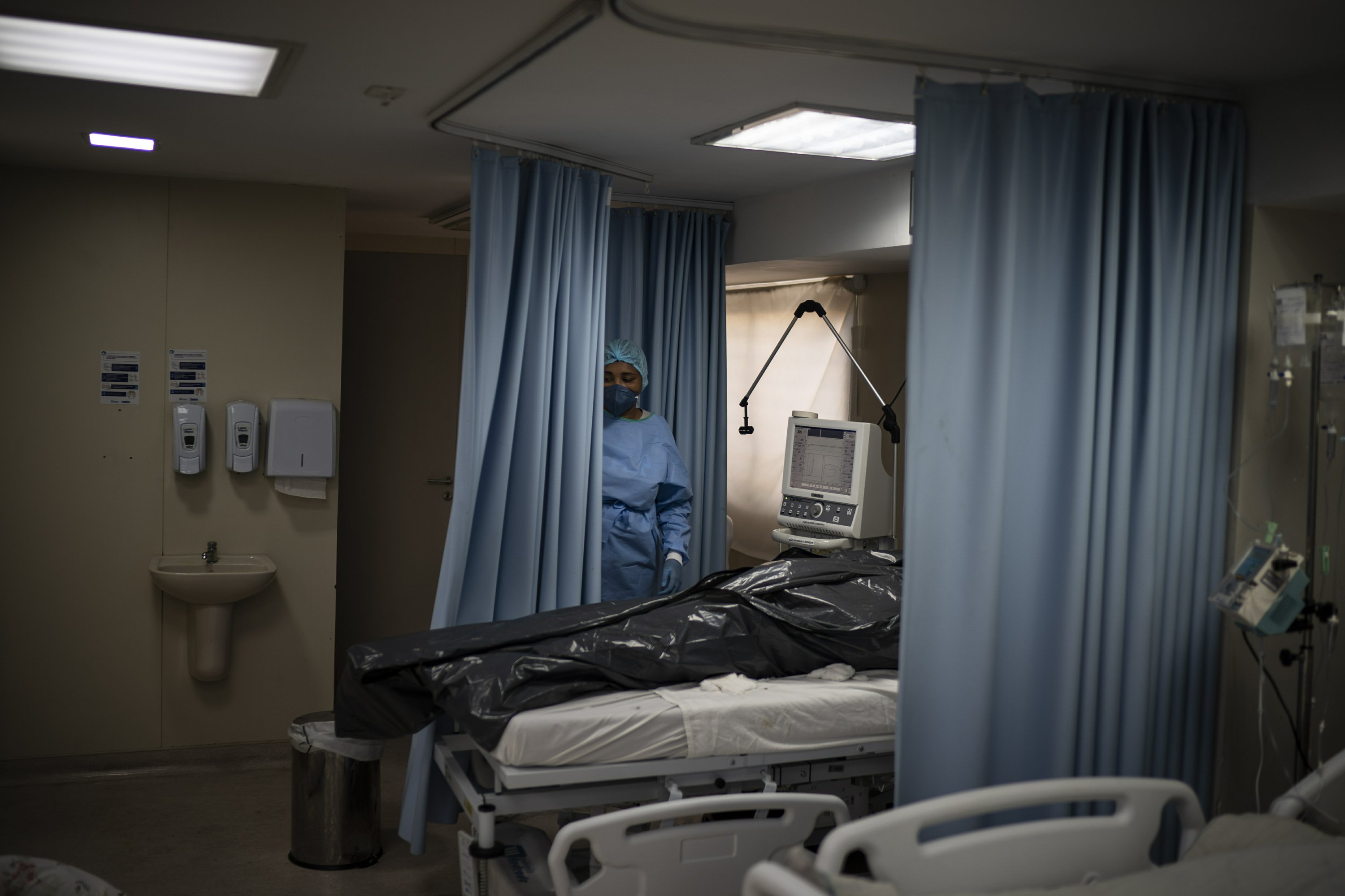 RIO DE JANEIRO (AP) – Brazil currently accounts for a quarter of daily COVID-19 deaths worldwide, far more than any other nation, and health experts warn the nation is on the brink of even greater calamity. .

The national average of 2,400 deaths in seven days it can reach 3,000 in weeks, six experts told the Associated Press. That is almost the worst level seen by the United States, although Brazil has two-thirds of its population. Daily death peaks could soon reach 4,000; on Friday it was 3,650.

Having glimpsed the abyss, there is growing recognition that shutdowns are no longer avoidable, not just among experts, but also among many mayors and governors. The activity restrictions they implemented last year were half-hearted and constantly sabotaged by President Jair Bolsonaro, who tried to avoid economic ruin. He remains unconvinced of the need for drastic action., leaving local leaders searching for a patchwork of measures to prevent the death toll from rising further.

It may be too late, with a more contagious variant sweeping Brazil. For the first time, new daily cases surpassed 100,000 on March 25, and many more went uncounted. Miguel Nicolelis, a professor of neurobiology at Duke University who advised several Brazilian governors and mayors on controlling the pandemic, anticipates that the total death toll will reach 500,000 in July and exceed that of the United States by the end of the year.

“We have exceeded levels never imagined for a country with a public health system, a history of efficient immunization campaigns and health workers that are second to none in the world,” said Nicolelis. “The next stage is the collapse of the health system.”

The system is already doubling, with nearly every state intensive care unit close to or at capacity. Dr. José Antônio Curiati, supervisor of the Hospital das Clínicas de Sao Paulo, the largest hospital complex in Latin America, said its beds are full, but patients keep coming. The city’s oxygen supply is not guaranteed and the reserves of sedatives required for intubation in intensive care units will soon be depleted.

“Four thousand deaths a day seem to be around the corner,” Curiati said.

On March 17 in the northeast of the state of Piauí, nurse Polyena Silveira cried with a COVID-19 patient who died on the floor due to lack of beds in her public hospital. A photo capturing the moment went viral and served as a national wake-up call.

“When he left, I had two minutes to feel sorry before moving on to the next patient,” Silveira, 33, told the AP. “In eight years as a nurse, I have never felt so much pain as that night. I’m close to my limit, physically and mentally. “

Brazil’s state science and technology institute Fiocruz on Tuesday called for a 14-day shutdown to reduce transmission by 40%. Natalia Pasternak, a microbiologist who chairs the Cuestion de la Ciencia Institute, pointed to a local example of success: the medium-sized city of Araraquara, in the state of São Paulo, implemented the closure last month and has seen its cases and deaths recede.

Pasternak declined to estimate the impending daily death toll in Brazil, but said the trend is one of continued growth if nothing is done.

“We need coordinated action, and that probably won’t happen because the federal government has no real interest in taking preventive action,” Pasternak said. “(Mayors and governors) are trying to implement preventive measures, but separately and in their own way. This is not the best approach, but it is better than nothing. “

Minas Gerais, the second most populous state in Brazil, has closed non-essential stores. The state of Espírito Santo will enter a blockade on Sunday. Brazil’s two largest cities, Rio and Sao Paulo, have imposed extensive restrictions on non-essential activities. State authorities brought the holidays forward to create a 10-day rest period, which began on Friday.

Restrictive measures, however, are only as strong as citizen compliance. And Bolsonaro continues to undermine their will by painting even the partial shutdown as an assault on one’s right to earn an honest salary. He has lashed out at local leaders, particularly governors, who dare to challenge him.

“We need to open our eyes and understand that this is not a joke,” Rio Mayor Eduardo Paes said in a message recorded on the eve of the 10-day shutdown, emphasizing that no mayor wants to cause unemployment. “People are dying and, if everything continues as it is, nothing is done, only God knows what could happen. Nobody knows the limit of this disease. No one knows how many variants could emerge. “

Hundreds of protesters marched along Rio’s Copacabana beach the next morning. Most wore green and yellow T-shirts that are a hallmark of pro-Bolsonaro rallies and many refused to wear masks. They chanted “We want to work!” and directed vitriol in Paes.

The director of the World Health Organization, Tedros Adhanom Ghebreyesus, asked on Monday that everyone in Brazil gather a serious response, “be it the government or the people.”

“It is a concerted effort by all players that will really reverse this upward trend. In fact, it’s very fast and accelerates very, very fast, ”he said. “We are especially concerned about the (weekly) death rate, which doubled in just one month from 7,000 to 15,000.”

The spread of the virus has been accelerated by the more contagious P.1 variant, which has become a cause for concern beyond the borders of Brazil, not just in South America. It has already been identified in the US, this week in New York.. Dr. Anthony Fauci, America’s leading infectious disease expert, said Wednesday that his team will meet with Brazilian authorities and is “quite concerned” about the situation in Brazil.

The United States has seen its death toll drop since late January amid a massive vaccine launch, and its seven-day average has dropped below 1,000. On the contrary, the launch of the vaccine in Brazil has tightened, at best. The government bet heavily on a single vaccine supplier, AstraZeneca, while rejecting purchase offers from others for months. Only after AstraZeneca’s delivery delays put implementation in jeopardy, the Brazilian Ministry of Health started buying, but it was too late for most of the deliveries to arrive in the first half of this year.

The nation has fully vaccinated less than 2% of its citizens., widely viewed by experts as an embarrassment to a country long considered a global model for vaccination programs.

More than 500 of the country’s most influential economists and executives wrote an open letter this week calling for a mass vaccination and denouncing the situation. They said that the controversy over the economic impacts of social distancing is a false dilemma and that all levels of government must be prepared to implement the emergency lockdown.

While Brazil’s economy did not contract as much as its regional peers last year, the worsening health crisis casts a shadow over 2021, according to William Jackson, chief emerging markets economist at Capital Economics. GDP will return to pre-crisis levels by the end of this year at the earliest, marking a rather weak recovery relative to other emerging markets.

Monica de Bolle, a Brazilian senior researcher at the Peterson Institute for International Economics in Washington, is more pessimistic and expects another recession in 2021. Exactly how bad things get in the coming months depends on whether the P.1 variant is already dominant in the whole country. and has been shown to cause reinfections or is more serious.

Either way, there is no time to delay decisive action, he said.

“Overall, it’s a huge disaster,” said de Bolle, who has done graduate school in immunology and genetics. “It could have been avoided; It was not. Very difficult to fix now. The only real solution is a very severe blockade with the population that really respects it, which can be difficult to sell. “