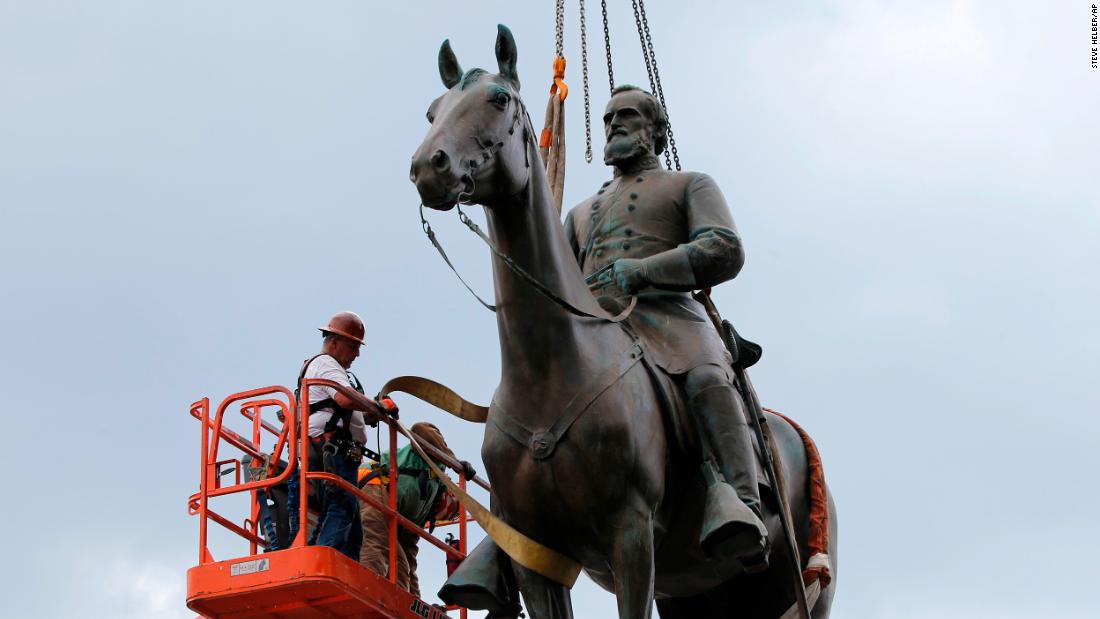 Growing up in Florence, Alabama, a city in the northwest corner of the state, Confederate images were everywhere: stickers, a memorial in front of the county courthouse, scarves, and most of all, flag-shaped.

As my mother and I were on our way home from the grocery store, a group of white men in a truck with a large Confederate flag hoisted in the back, stopped next to us at a red light and shouted “n – — rs “. When they left, I asked my mother why these men called us that. I will never forget the puzzled look on her face or the pain in her voice as she explained what it meant.

Unfortunately, that would not be the last time that my mother or I would be called that racist term. And for me, and for many other blacks, the term is inextricably linked to the Confederate symbol and those who glorify the racist and slave history of the South.

Eventually, I became insensitive to the word and the painful meaning of the Confederate images, so much so that I was able to roll my eyes as I passed the huge Confederate flag flying over I-65 between Birmingham and Montgomery. After viewing the images for so long, I was insensitive to pain during my undergraduate years at Virginia Commonwealth University in Richmond, a city I called my second home. I wouldn’t mind the Confederate statues that lined the city’s historic Monument Avenue.

Lately, I have been optimistic and also jaded, because the debate has gone on for so long without action, about its removal. Mississippi Governor Tate Reeves, a Republican, signs a law that removes the Confederate emblem from the state flag, NASCAR bans Confederate flags from its events, and Richmond Mayor Levar Stoney uses his emergency powers to remove monuments and Confederate statues, including those on the Avenue Monument (except for a state-owned General Robert E. Lee statue), are actions I never expected.
Watching videos of Confederate statues in places across the country, especially in Richmond, has been an emotional moment that gives me the chills and has personal meaning.

In April, I took an AncestryDNA test to delve into my African roots. As expected, I found the heritage of my ancestors from Nigeria, Cameroon, Mali, Ghana, Benin, Togo, Senegal and even European ties to England, Ireland, Scotland and Sweden embedded in my genes. As I searched further, I reviewed Census documents, death records, slave schedules, and spoke with family members, my DNA fingerprints from Alabama to Virginia, where my ancestors came to their shores on slave ships more than 400 years ago. years and they were sold.

I wonder what my ancestors, who worked the land on the plantations and clamored for freedom through songs and chants, would say if they were here today about the initial creation and eventual removal of the ghostly props of those who had racist ideals. If you could speak from your graves, what words would you pronounce? Many of them were not alive when the statues were erected. How would you feel about them going up in the first place?

The emotional pain caused by Confederate symbols and images is an extension of the centuries-old trauma of slavery that has been passed down from generation to generation and has been exacerbated by police killings of black people. The removal of these statues and symbols reflects a changing of the guard over who tells the history of America that has been festering for some time. It is no coincidence that Virginia is again at the center of the discussion, as it is one of the first chapters of America’s dark history.

As the daughter of the first black firefighter and the first black female deputy director of the Emergency Management Agency in my hometown, I have always heard of egregious experiences each of them faced in childhood and in their careers. My father told me that the night of his first shift as a firefighter in 1981 he burned a wooden cross in a field across the street from the fire station (an act of intimidation used by the Ku Klux Klan that was corroborated by her former colleagues to me later) My mother told me of an incident in which a white director again called her a racist term at a meeting in front of white colleagues from across the state.

I am amazed at my parents’ resilience and outlook on life after all the racism they have suffered. My parents never returned hatred with hate, but chose to act with love. They both taught me to treat everyone with love, compassion, and respect, even when others treat me differently because of the color of my skin. Inspired by the Christian scripture Proverbs 11:17, my father tells me, “Do not harden your heart,” and it is the title of his memoirs about his painful experience as a black firefighter. He grew up poor in Florence on the west side of the city. He always wanted to be a firefighter since he was very young. Before becoming a firefighter, he served in the US Navy as a member of the Corps.

Our country still has a long way to go on its path to healing and reconciliation, but actions speak louder than words, and removing Confederate symbols is a start.