Artemi Panarin is the target of ‘villains’: former KHL teammate 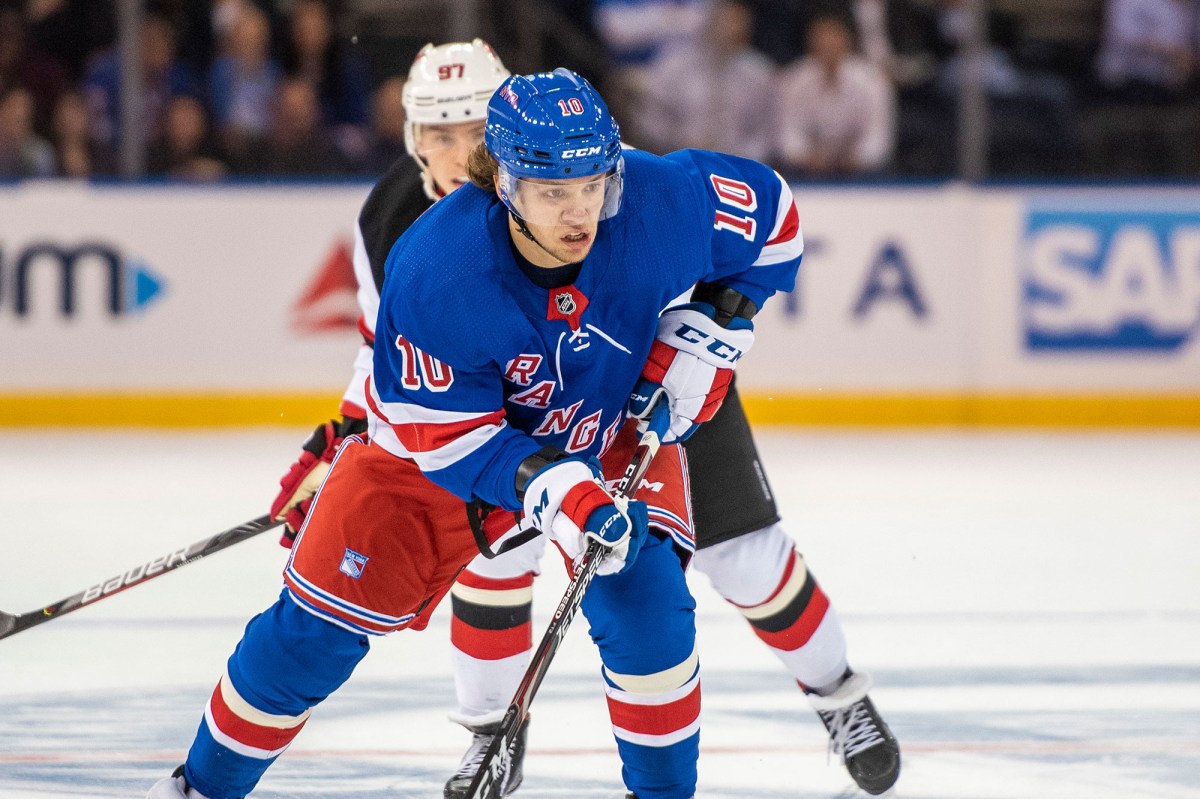 Five former teammates of Artemi Panarin have told The Post they have never heard of the assault allegations leveled against the Rangers star winger by his former KHL coach.

Andrei Nazarov, who coached the 2011-12 Vityaz team, recently told a Russian tabloid that Panarin hit an 18-year-old Latvian girl after a away loss in December 2011.

Maxim Sitnikov, who played only two games with Vityaz in 2011-12 but said he practiced frequently with the active roster during that season, told The Post that he had never heard of a physical altercation between his teammate and a woman in a hotel bar in Riga, Latvia.

“There was no such thing!” Sitnikov, who now trains 12-year-olds in Yaroslavl, Russia, said after The Post contacted him via Facebook Messenger.

“[Artemi] Panarin is a good person, friend, and teammate! [Artemi] He’s now a full-scale star and the brighter he plays, the more villains will put sticks in his wheels and say all sorts of nonsense. “

The former Russian forward also played alongside Panarin in the MKHL’s Russian Knights, which appears to be the Vityaz farm team.

Sitnikov, who retired from hockey due to a shoulder injury, said people like Panarin “can be counted on one hand.”

“The New York Rangers are very lucky to have such a player,” he said.

The 28-year-old Sitnikov is Panarin’s last former teammate during KHL’s 2011-12 season, when Nazarov claims the alleged altercation occurred, to tell The Post that he had not heard of such an incident.

Another teammate, Mikhail Ansin, told Russian outlet Sports-Express on Wednesday that there was an incident in Riga, Latvia, in 2011 that involved Panarin, but it did not turn out as Nazarov described.

Ansin also said police arrived at the team’s hotel, but left after determining that the incident did not warrant charges. He also disputed Nazarov’s claim that the police were paid, noting that the players did not have that kind of money at the time.

Contacted by phone on Tuesday, Jon Mirasty called his former coach’s allegations “suspect” in the wake of Panarin’s outspokenness against the regime of Russian President Vladimir Putin. Panarin has also publicly shown its support for Russian opposition Alexei Navalny as recently as last month.

Nazarov, who made the accusation in an interview with Russian publication Komsomolskaya Pravda, is a Putin loyalist and has called for Russian players to be jailed if they speak out against the country.

“I’m pretty sure I would have heard something like that, you know, being one of the oldest veteran players there,” Mirasty, a former Canadian winger, told The Post. “I never heard of any of that, so I was in awe. I’m obviously not saying it didn’t happen, but if I had to guess, [it didn’t happen]. And why does it come out 10 years later? “

In a statement to ESPN, the KHL said it “has not been aware of or received a complaint regarding any incident involving Panarin in December 2011.”

The league also said that if it had received any complaints, it would have investigated them “as we take allegations of misconduct very seriously,” according to ESPN.

Kip Brennan, a Canadian winger who spent part of five NHL seasons and played three games for the Islanders in 2007-08, told The Post via Facebook Messenger that he “did not know or hear that something like this happened.”

“He was a great guy, he was really fun in the locker room,” Brennan said. “He always worked in his English with the Americans and was a very talented young player.”

Two other former Vityaz teammates, who requested to remain anonymous, agreed with Mirasty and Brennan’s positions on the situation.