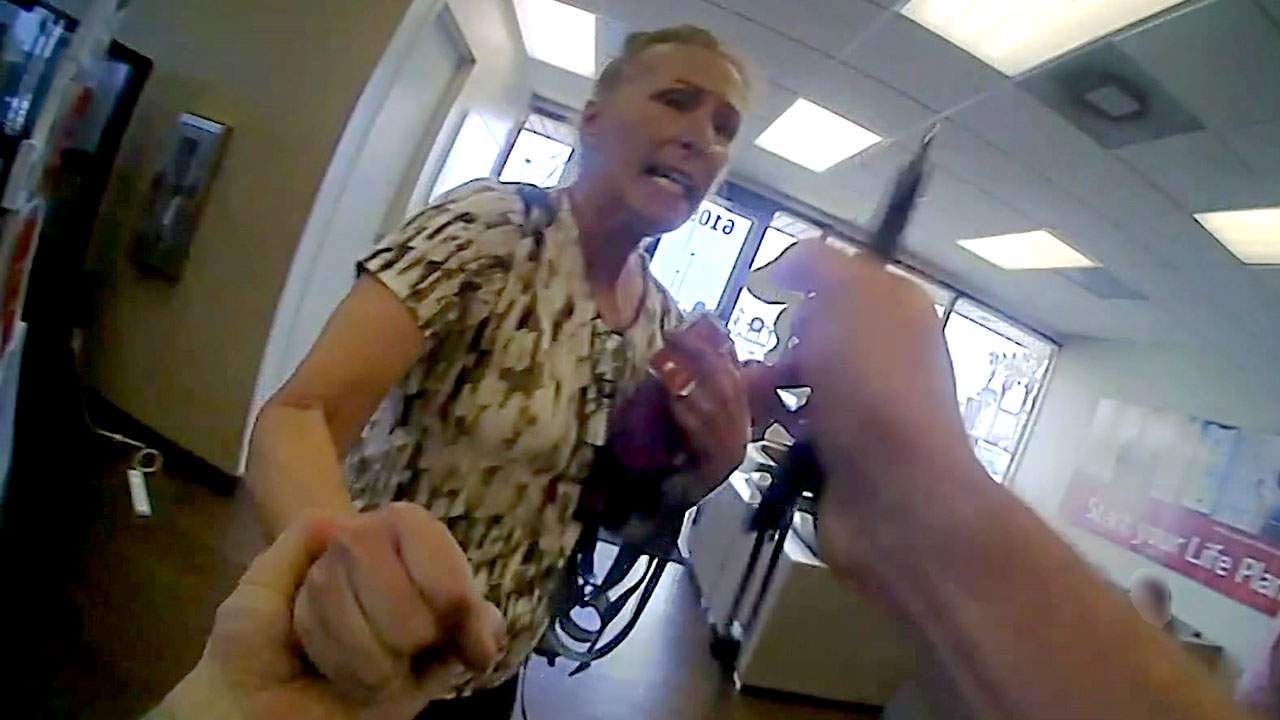 GALVESTON, Texas – An arrest warrant was issued for a woman who refused to wear a mask at a Texas bank and told a police officer, “What are you going to do, arrest me?”

Police issued an arrest warrant for Terry Wright, 65, of Grants Pass, Oregon. Thursday’s incident at a Bank of America in Galveston was captured by the officer’s body camera, The Galveston County Daily News reports.

Police say they obtained an arrest warrant for resisting arrest and burglary charges.

Texas Gov. Greg Abbott ended state orders requiring people to wear face masks in public places on Wednesday, stating that businesses must decide for themselves what COVID-19 precautions to take on their property. Many companies have kept their own rules about masks.

The police department released the video footage from the officer’s body camera on Friday. In the video, Wright can be seen standing in the middle of the bank’s lobby, surrounded by other customers, all wearing masks.

He replied, “Yes, for intruding on the premises.” And then he said, “That’s very funny.”

Wright later told the officer that the law said that he did not have to wear a mask. When the officer removed the handcuffs, she pulled away and started walking toward the door. The officer stopped her and forced her to the ground. After she was handcuffed, she complained that her foot was injured.

“The police brutality here, people,” he told the bank’s other clients. Answers of “no” and “no, it is not” were heard.

Police said she suffered minor injuries during the fighting and was taken to a hospital for treatment.

Wright told The Washington Post that he has never covered his face inside stores, even when the state mandate was in effect. He said he was in an RV park across Galveston Bay in Hitchcock, Texas.

She told the newspaper she was “attacked” and compared the requirements for the masks to the way Nazi Germany forced Jews to identify with a Star of David. He also said he believed in “plandemism” in a reference to a documentary-style video in which an anti-vaccine activist promotes a series of questionable, false and potentially dangerous coronavirus theories.

Copyright 2021 The Associated Press. All rights reserved. This material may not be published, broadcast, rewritten or redistributed without permission.