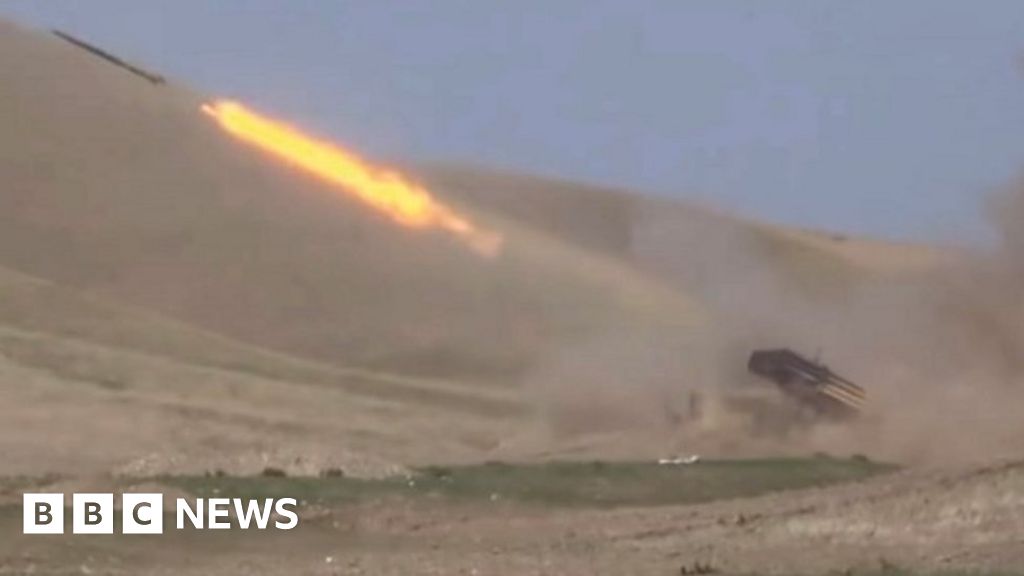 Nearly 100 people, including civilians, have been killed as fighting rages between Armenian and Azerbaijani forces over the disputed Nagorno-Karbakh region.

The mountain enclave is recognized as part of Azerbaijan, but was run by the Armenians after the end of a war in 1994.

The self-proclaimed republic has since Sunday reported 84 military deaths, as well as civilian victims.

Azerbaijan has not disclosed its military losses, but has confirmed the deaths of seven civilians.

The battle, which began three days ago, is now seen coming out of Nagorno-Karabakh.

On Tuesday, Armenia’s Ministry of Defense said a passenger bus collided with an Azerbaijani drone in the eastern Armenian city of Vorden. No casualties were reported.

Azerbaijan said that two Azerbaijan civilians died in Azerbaijan on Monday after the death of five people of the same family a day earlier.

The fight appears to be the heaviest in the conflict since 2016, and is due to hold emergency talks on the UN Security Council issue later on Tuesday.

Both Armenia and Azerbaijan – who have already mobilized more troops and declared martial law in some areas – blame each other for starting the fight.

There are growing concerns that other countries may be directly involved in the conflict in the strategic Caucasus region.

Turkey has already openly supported Azerbaijan, while Russia – which has a military base in Armenia – has called for an immediate ceasefire.