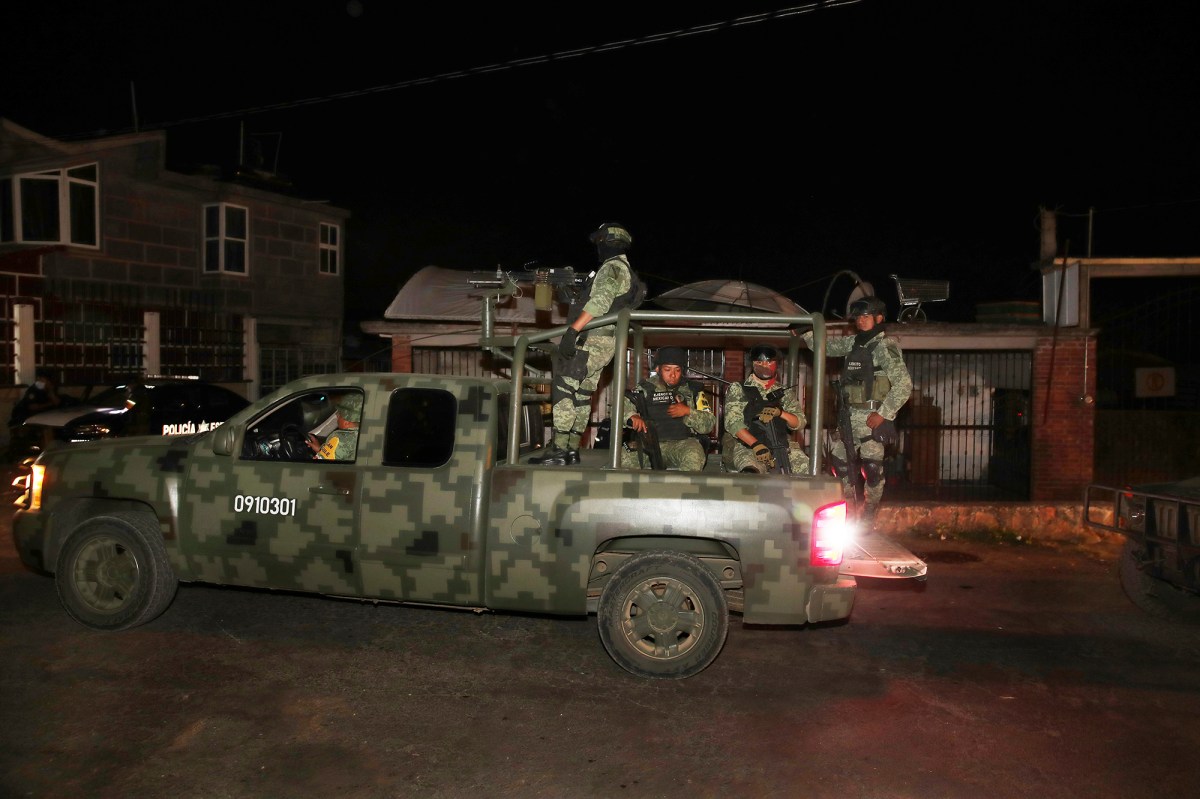 Heavily armed soldiers enter the area where more than a dozen law enforcement officers were killed after their convoy was ambushed by suspected drug traffickers, prompting a massive manhunt by police, soldiers, Marines and the National Guard in Coatepec Harinas, state of Mexico, on Thursday. , March 18, 2021.
AP

Thursday’s ambush sparked a massive hunt for the killers in a gang-ridden rural area southwest of Mexico City, which is bordered on three sides by the State of Mexico. The dead law enforcement officers worked for the state.

While the State of Mexico contains suburbs of the capital, it also includes mountains and lawless scrub like the one in which the attack occurred.

Rodrigo Martínez Celis, head of the state’s Department of Public Safety, said soldiers, marines and National Guard troops were combing the area on the ground and from the air in search of the killers.

“The convoy was conducting patrols in the region, precisely to combat criminal groups that operate in the area,” said Martínez Celis. “This aggression is an attack on the Mexican government.

“We will respond with full force,” he added.

There was no immediate indication of which gang or cartel the gunmen might have belonged to. Several operate in the surroundings of Coatepec Harinas, where the attack occurred.

The city is near a hot spring resort known as Ixtapan de la Sal, which is popular with Mexico City residents as a weekend getaway. But it is also relatively close to cities like Taxco, where authorities have reported activities by the Guerreros Unidos gang apparently allied with the Jalisco cartel and the Arcelia gang, dominated by the criminal organization Familia Michoacán.

The attack appears to present a challenge to President Andrés Manuel López Obrador, who has followed a strategy of not directly confronting the drug cartels in an effort to avoid violence.