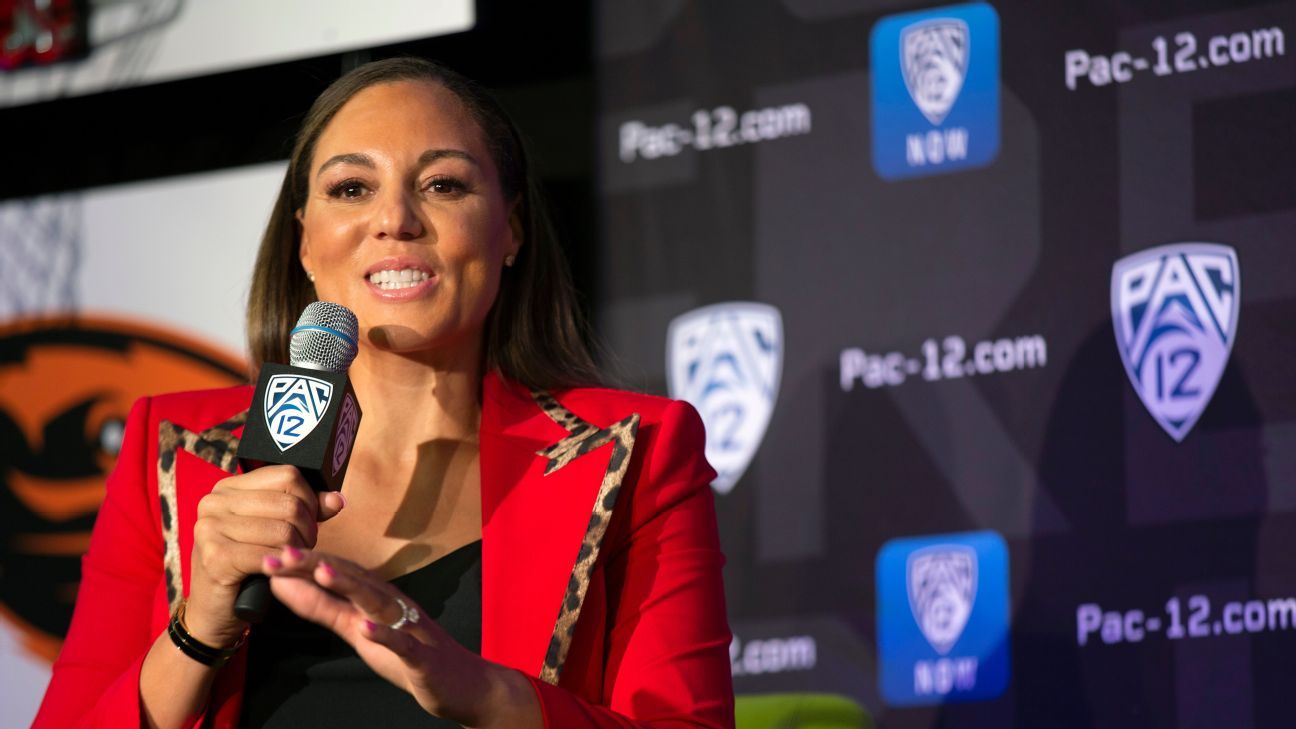 SAN ANTONIO – Arizona Wildcats women’s basketball coach Adia Barnes said Saturday she has nothing to apologize for after using a middle finger and an expletive in a post-game meeting with her team in the happy moments after a 69-59 victory over UConn in the last four.

The moment, captured on ESPN cameras, went viral immediately after Friday night’s victory secured the Wildcats a spot in the national championship game for the first time in school history. At his postgame press conference, Barnes admitted: “I swore. The swear word is basically, ‘Forget everyone … Forget everyone if you don’t believe in us, because we believe in us.’

During a call from Zoom on Saturday to preview the national championship game against Stanford on Sunday, Barnes said he thought he was sharing a private moment with his team after causing the surprise.

“Honestly, I had a moment with my team and I thought it was a more intimate meeting,” he said. “I told my team something that I really felt and I know they felt, and it just seemed different on TV, but I don’t apologize because I don’t feel like I should apologize. It’s what I felt with my team at this point. We’ve gone to war together. We believe in each other. So I’m in those moments, and that’s the way I am, so I don’t apologize for doing that. It’s just me, and it has to be just me. “

Barnes and his players have said they felt disrespected multiple times during the tournament, culminating in the NCAA shutting them out of a promotional video showing a preview of the women’s Final Four earlier this week.

“After going round by round, winning more, getting more love and then thinking we finally got some respect, and obviously the video, other things that happened, it was like a dagger,” said Arizona forward Sam Thomas. “So I think now we are alone, we are in this for ourselves. If people want to support us, we love it. If people want to hate us, I mean, we are in the national championship, then what else?” you can say?”