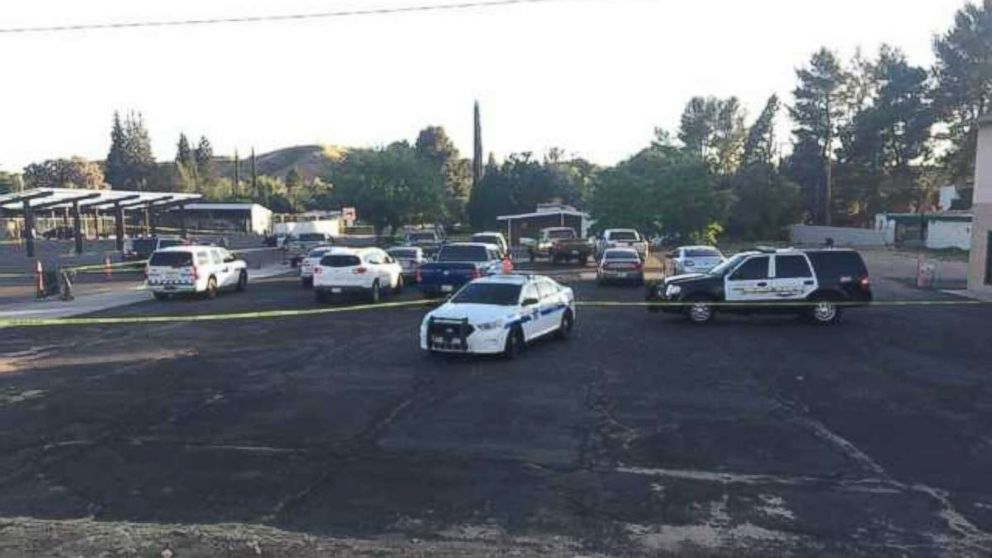 A police officer in Arizona is dead and a suspect is in custody after stealing three cars in a violent series of incidents on Friday in Tucson.

According to Nogales police, agent Jesús Córdova was shot several times and killed after arresting a driver after an armed car robbery around 2:40 p.m.

The suspect got out of the car and shot Cordoba after being arrested, police said. He allegedly stole two more cars during a police chase, authorities said.

The suspect was identified by police as David Ernesto Murillo, 28, who was later arrested in a trailer park after police located the stolen car.

Cordova, 44, was hired and father of three children. His girlfriend is 5 months pregnant with her fourth child.

The Arizona Department of Public Safety will take over the investigation, Bermudez said. The investigation will be complicated, with seven scenes of different crimes, due to car thefts, gunfire and final capture, police said.

Bermúdez refused to give any information about Murillo during the press conference and said: "I'm not going to give him the time of day to talk about him on television."

Arizona Gov. Doug Ducey said the flags would fly to half the staff on Monday to honor Cordoba.

"My prayers and my condolences go to the family of Officer Cordova, his loved ones and the entire community of Nogales," Ducey said in a statement. "This tragedy is a solemn reminder of the sacrifices made by police officers on a daily basis to keep our communities safe."

Cordova had worked for the Nogales Police Department for only one year after joining the department of the Santa Cruz County Sheriff's Office in California.

"He was an exemplary police officer, sir," Bermudez said. "I was glad to take him to the reputation he had"