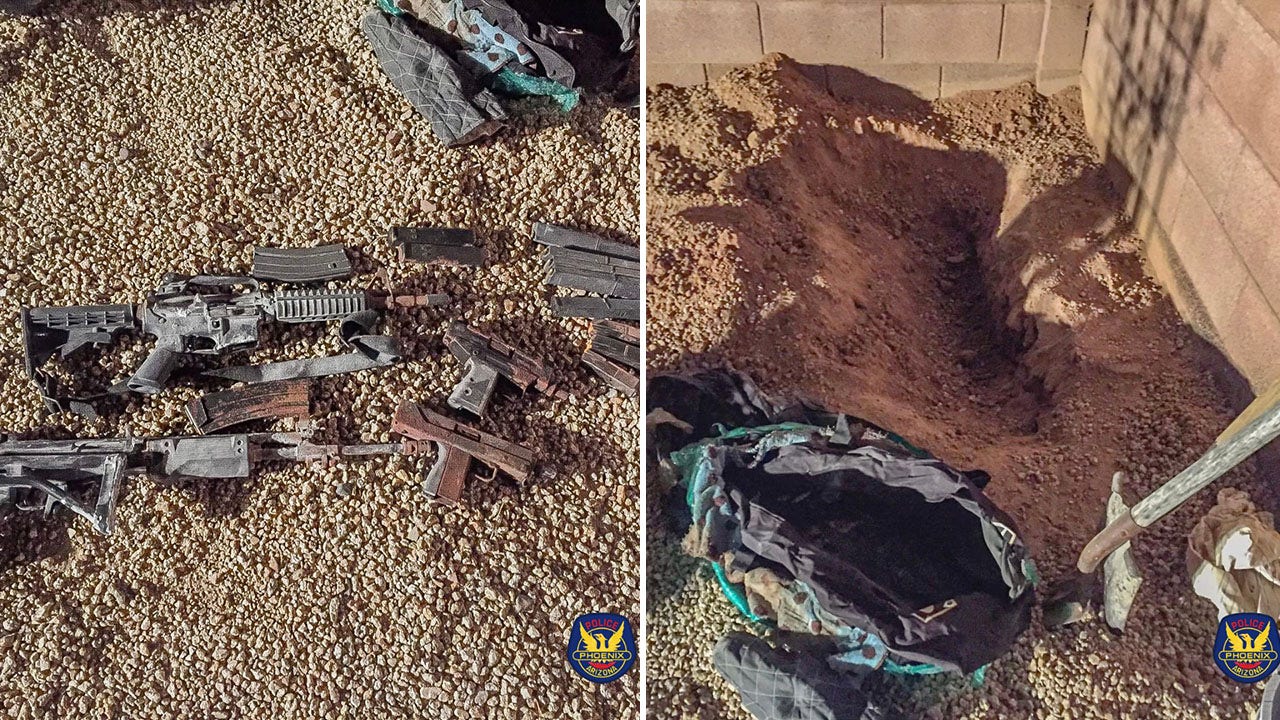 Homeowners in Arizona were gardening in their backyard Sunday when they unearthed a disturbing find: a buried duffel bag full of guns, authorities said.

Homeowners discovered the bag full of rusty rifles and pistols while digging a hole near the fence in their yard to plant a tree. The Phoenix Police Department said. After realizing what the bag contained, they immediately called the police.

SEATTLE WOMAN FINDS 1 KILO OF COCAINE IN HOOK KIT THAT SHE PURCHASED AT A SECURITY STORE: POLICE

The owners turned the weapons over to detectives, who will investigate whether the firearms were used in any crime, the department said.

Neighbor Yajaira Enríquez told FOX10 Phoenix that the discovery was “stressful,” but it also left many questions unanswered.

“Why did you bury them there?” Enriquez said. “There must be a reason”.

The family has lived in the home for the past four years, AZFamily reported. Before that, it had been rented out to a number of individuals.