Are the 49ers signaling the Patriots about a Jimmy Garoppolo trade? 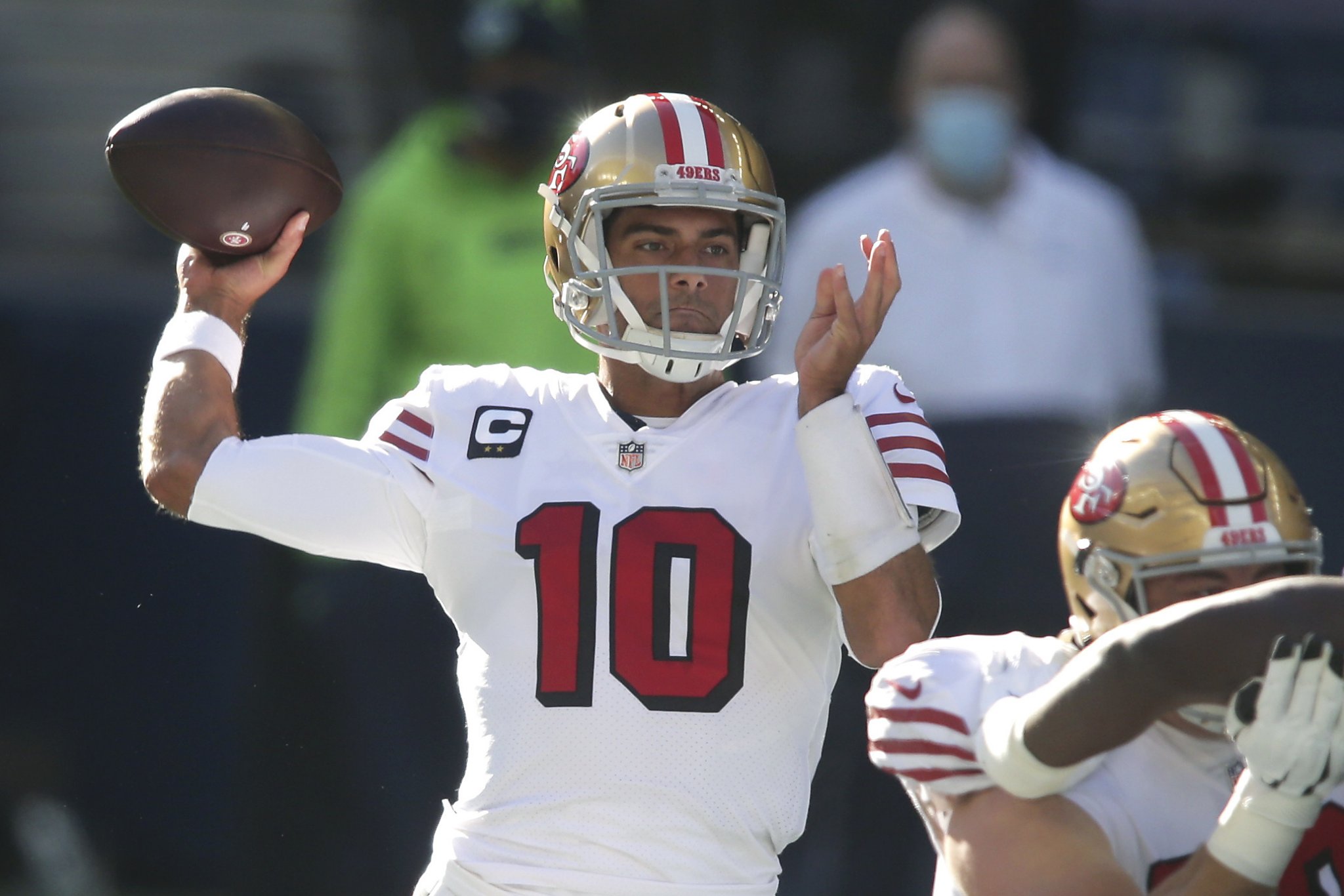 Bill Belichick and the New England Patriots are reportedly still interested in re-acquiring Jimmy Garoppolo from the San Francisco 49ers, and their search may be aided by the successful San Francisco trade on Friday.

Following the trade, both ESPN’s Adam Schefter and NFL Network’s Ian Rapoport repeatedly and emphatically reported that 49ers sources indicated they have no plans to trade Garoppolo this year, and will instead use him as a bridge to a rookie.

Theoretically, the 49ers could find a much cheaper bridge (Alex Smith, anyone?), So the team is most likely signaling to a certain team that resides in Foxborough, Massachusetts that they need to increase their offer.

Garoppolo was first sent to the 49ers from New England in 2017 for a second-round draft pick, and ESPN’s Dianna Russini reported that even though the Patriots re-signed last year’s starter Cam Newton, he still is. possible a Garoppolo change.

“I was just talking to someone in the league that I really trust … He said, ‘Don’t take the Jimmy Garoppolo trade off the table,'” Russini said during an ESPN “Get Up” broadcast on Thursday. “That’s something New England is still sniffing about. Bill doesn’t like putting his cards on the table, so most of them think, ‘Well, if we all know about that, it probably won’t happen.’ But there is definitely a tone in the league that could still go down. “

Russini shed no light on what Garoppolo could cost, although it would be surprising if he had more than the second-round pick he picked in 2017. In the time since that trade, two of his three seasons as a starter have been marred by injuries, and had a shaky performance in Super Bowl LIV.

The 49ers would certainly love to win back one of the future first-round picks that traded to the Dolphins, but that price seems a bit high for a quarterback the 49ers are apparently eager to replace.