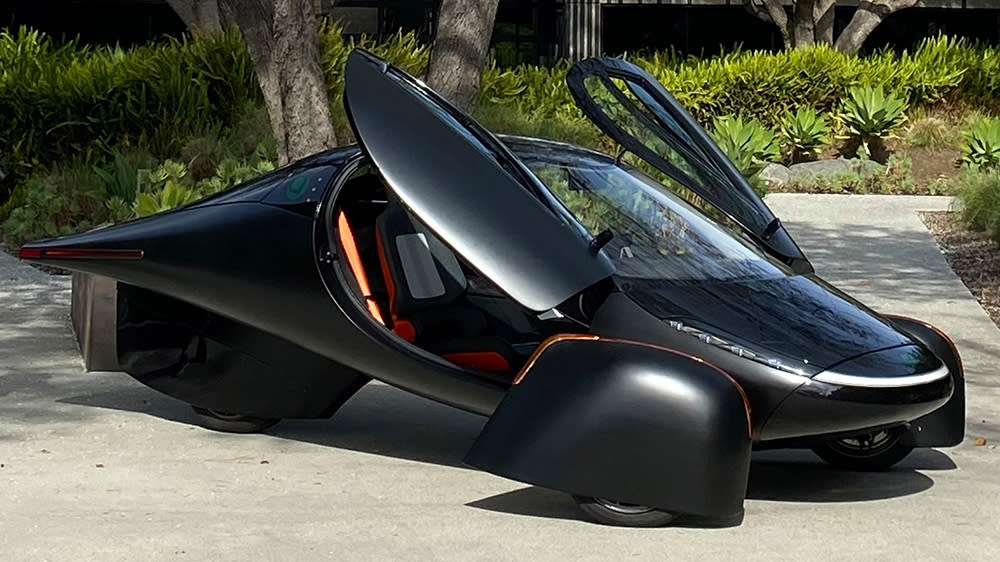 Aptera’s 1,000-mile solar EV is closer to reality than ever thanks to the interest of investors and drivers.

The San Diego-based startup behind the intriguing battery-powered three-wheeler, the Paradigm, recently announced that it accepted $ 4 million during its Series A funding round. While that may not be a lot of money for some automakers , brings the company closer to production, which is scheduled to begin later this year.

Following the funding round, Aptera says it now has the backing of collective donors, private investors and automotive leaders, including Sandy Munro of Munro & Associates, Inc. “The industry needs more creative engineering like this to move forward,” said the expert. in automotive engineering said in a statement. “I am happy to help Aptera as they move into production and beyond.”

But the company is not just seeing interest from investors. The same press release reveals that the company has secured more than 7,000 pre-orders for the standard Paradigm (starting at $ 29,900) and the top-of-the-line Paradigm Plus ($ 46,900) since the EV made its official public debut in December. Although a breakdown of the models was not disclosed, the company said that pre-orders total more than $ 250,000,000.

It’s easy to see why people are so intrigued by the futuristic trike. Although it only has room for two, the EV looks like something from the Jetsons and it runs on a battery setup that makes the Tesla Model S Long Range Plus and Lucid Air seem inefficient. A combination of a 100 kWh battery and integrated solar panels will allow Paradigm Plus to travel up to 1,000 miles on a single charge. Even better, the vehicle can travel up to 45 miles per day (and 11,000 miles per year) on solar power alone, so you won’t even have to worry about charging it a few days.

Aptera also announced that it has moved into a new production facility in San Diego’s Sorrento Valley neighborhood. This is where production of Paradigm and Paradigm Plus is scheduled to begin later this year. The startup hopes to have 10,000 examples on the road by next year. You can reserve yours now through the Aptera website.