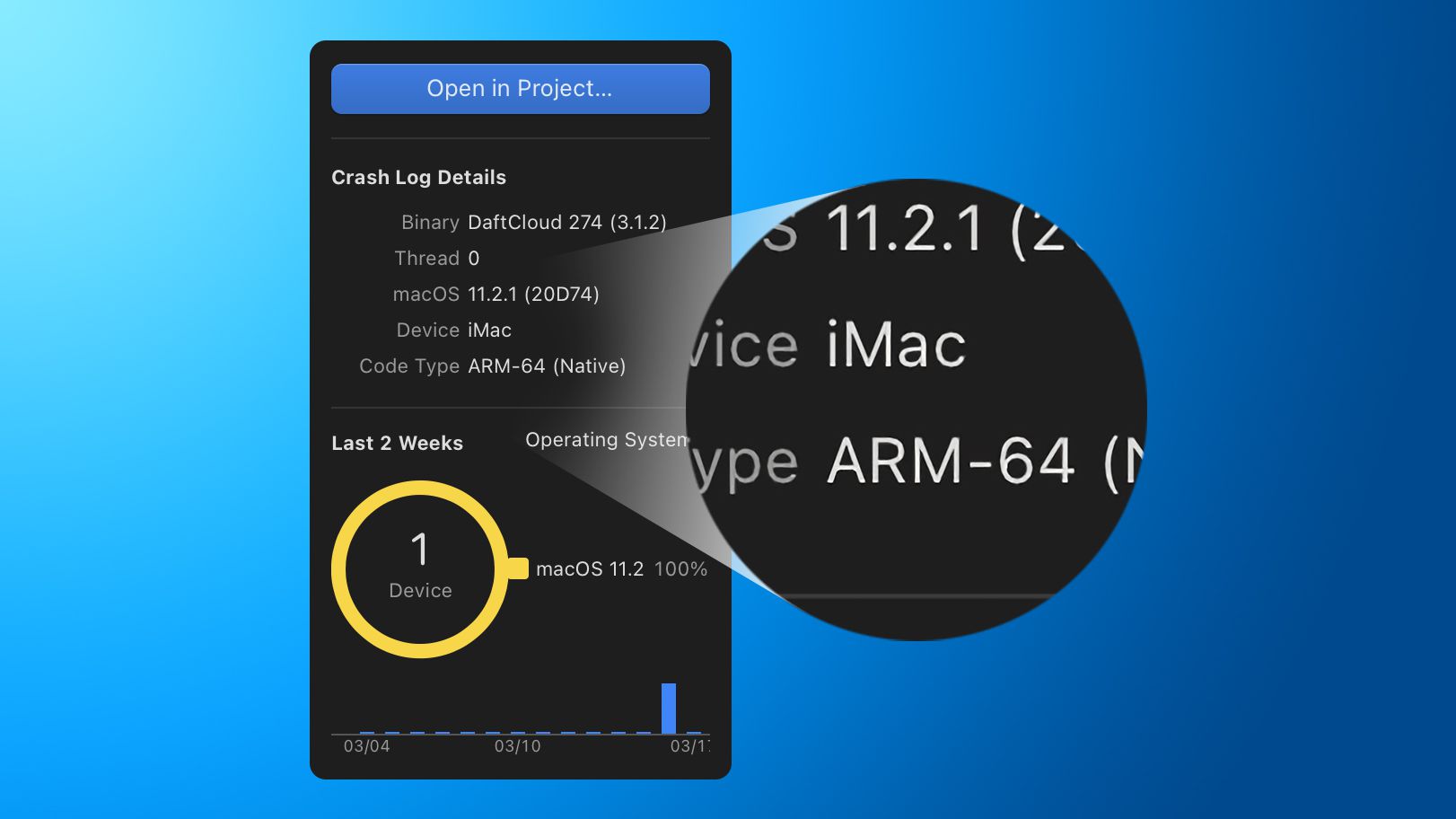 Apple is expected to release a redesigned iMac powered by Apple later this year, and early on, developer Dennis Oberhoff has discovered an unreleased ARM-based iMac in an Xcode crash log for his DaftCloud Mac app.

Oberhoff shared the Xcode crash log On twitter and with 9to5Mac, who took a closer look at the record and thinks it’s legit.

DaftCloud is a third-party macOS desktop app for the SoundCloud music sharing website, and it’s possible that an Apple engineer was using the app on an Apple silicone iMac prototype, but this is merely speculation. The log indicates that the iMac is running macOS 11.2.1, released in early February, but no further details can be discerned.

BloombergMark Gurman has previously reported that a redesigned iMac with a silicon chip from Apple will launch later this year. Gurman said the design of the new iMac will be inspired by Apple’s high-end Pro Display XDR, with slimmer bezels around the screen, no metal chin under the screen, and a flat back.

Earlier this month, Apple announced that the iMac Pro will be discontinued, while the 512GB and 1TB SSD upgrade options are not currently available for the 21.5-inch iMac.