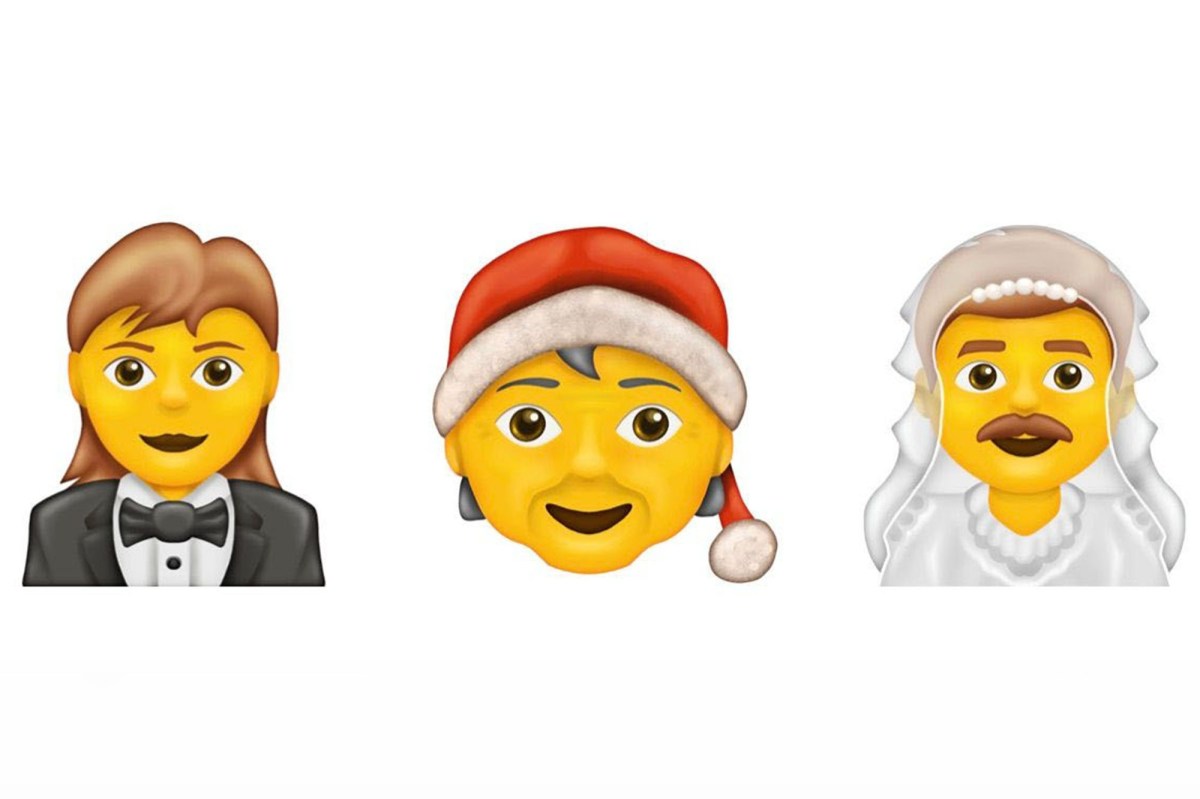 A gender-neutral Santa Claus is coming to town.

In a clear continuation of its digital-diversity campaign, Apple debuted the new Santa emoji with the release of iOS 14.2 beta, Emojipedia reported Wednesday. The non-binary St. Nick, part of a batch, has been approved by the Unicode Consortium of 117 emoticons, many of which aim to make online discourse more inclusive.

Virtual Father Christmas will swap his signature beard to look clean-shaven, more attractive and attractive. The make-up logo maker of the X-mas mascot comes in the wake of a poll by GraphicSprings, which revealed that 19% of Americans believe that the big man in red should actually be neither male nor female.

However, some see Santa’s new identity as part of the so-called war on Christmas, along with other battles like shaming people for saying “Merry Christmas” and the Yuletide classic “PC reboot of Baby It’s Cold Outside”.

In a 2019 event, holiday conservatives protected a woman who was bent on calling her “Father Christmas” instead of just Santa.

“This gender-neutral stuff gets out of hand,” fumed a Yule die-hard.

Along with the Santa option, the Apple Emoji lineup also features new skin tone variations, a multi-hypnotized transgender flag for both men and women, and tuxedo and bridal gown options.

The inclusive images attracted many positive reactions on Twitter.

Controversial add-on aside, users can enjoy new pictograms of a beaver, bubble tee, a rider, feeding bottles, a ninja, a physical heart and more.

The collection will be available on iPhone, iPad and watchOS. According to the Daily Mail, they could be part of the launch next month.

If this was not enough, the Unicode Consortium also announced the launch of the recent emoji version 13.1, which will range from “fire on the heart” to a clear tribute to “cope with spiral eyes” by 2020. The prospect will not start until 2021.