Apple today released iOS 11.1, the first major update to the iOS 11 operating system available on the iPhone, iPad, and iPod touch. iOS 11.1 comes more than a month after iOS 11 was first released to the public and its launch comes after several rounds of beta testing. 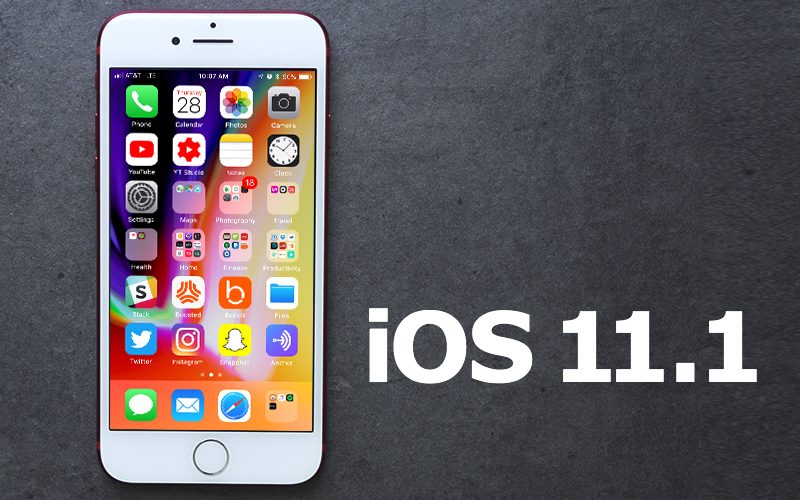 Several emoji also feature some small design changes in iOS 11.1, including the dolphin, octopus, bee, snail, and whale characters, among others. The new designs are more detailed and realistic than existing designs.

Along with these major features, iOS 11 introduces a fix for a Reachability bug that’s been present since the release of iOS 11 and it brings back the popular 3D Touch App Switcher gesture that lets iPhone users perform a 3D Touch gesture at the left edge of the display to bring up the multitasking App Switcher interface.

The built-in keyboard in iOS 11.1 now offers up multiple emoji symbols when using an emoji-related word, there’s a new camera icon under Restrictions, a new animation when tapping the status bar to scroll upwards, and a faster unlock animation.

There are also many bug fixes and security improvements in iOS 11.1. Most notably, the update addresses a major vulnerability in the WPA2 Wi-Fi standard that is used to protect many modern Wi-Fi networks. The exploit, which is now fixed, let attackers use a key reinstallation attack or “KRACK” to decrypt network traffic to sniff out sensitive information. Full release notes for the update, including all of the bug fixes, are available below:

For more on what’s included in iOS 11.1 and the iOS 11 operating system in general, make sure to check out our iOS 11 roundup.