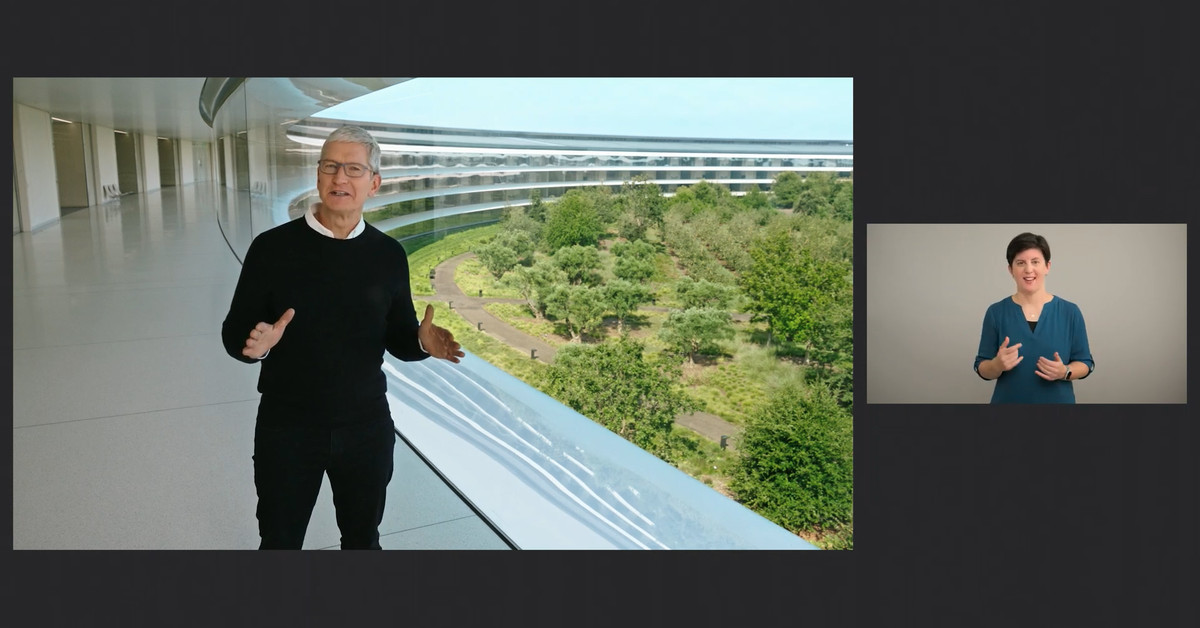 Apple provided an American sign language translation of its “Time Flys” event on Tuesday (via the website) Appleinsider). The ASL-translated event replay has two screens – the event video on the left shows the translation, while the one on the right shows someone the translation being told in ASL.

Apple is already known for accessibility features in its products. The company’s next major iPhone update, iOS 14, gives users some significant improvements. It can notify you when your iPhone, for example, emits some sounds like a dog bark. Another new feature can let you double-or triple-tap the back of your phone to do custom tasks. And if you’re using sign language on group FaceTime calls, iOS 14 can detect this and make your window more prominent for others on the call.

Adding an ASL translation to its “Time Flies” event shows that Apple has continued to think through ways to serve customers who may have disabilities. The repetition of the event also gives captions in various languages, including English, Spanish and Japanese.