Apple HomeHub: what a fusion of iPad and HomePod should offer 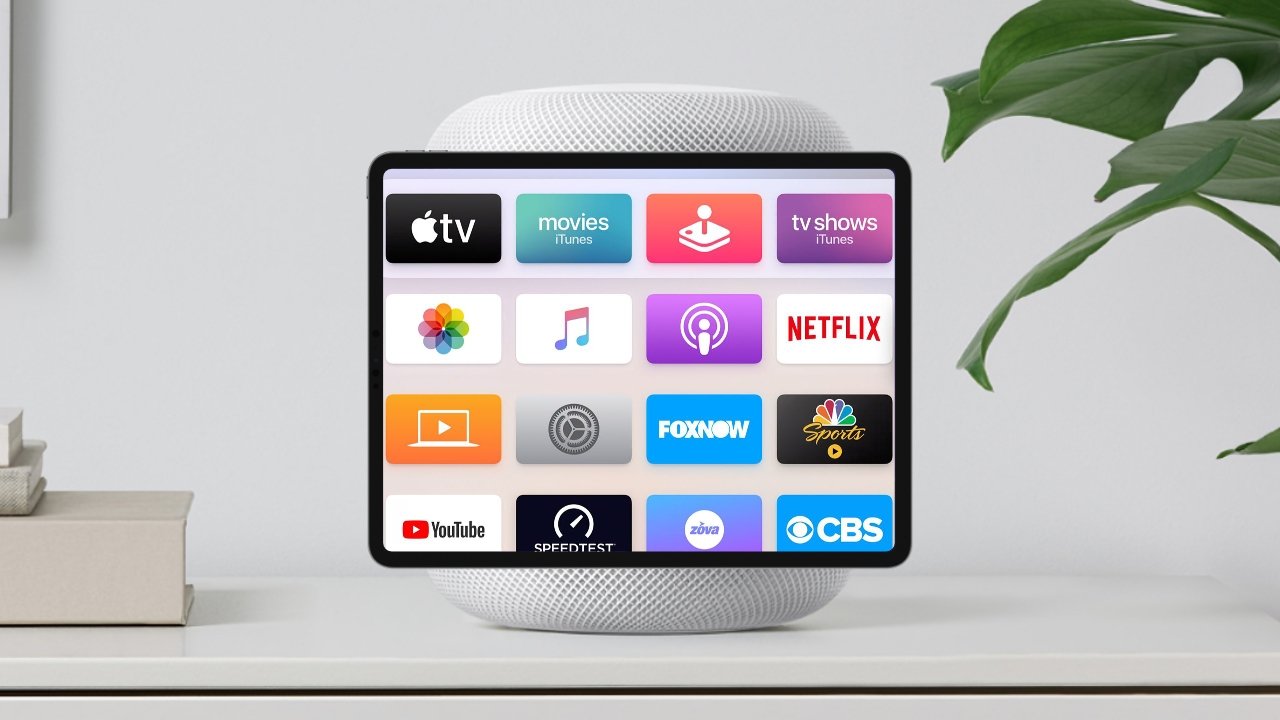 If Apple is going to release a HomePod-like product with a display, it needs to do more than sound good and look good. We examine some long-standing rumors and the features that Apple should incorporate to make a truly outstanding device.

A report from Bloomberg Monday morning suggested that Apple has been working on different home devices in various form factors, specifically with screens and cameras. Apple iterates through several potential product versions in secret before choosing a version to launch.

The report also mentioned that an updated HomePod was expected in 2022, but may have been canned due to the HomePod’s cancellation.

Ever since Apple entered the smart speaker market after its competitors Amazon, Facebook and Google, there has been speculation about a possible HomePod with a screen. Monday’s report has sparked renewed interest in such a device, so let’s examine what this device could ultimately be and what features it should incorporate to reach as wide an audience as possible.

While we’ll talk more about HomeKit in a moment, in short, to get the most out of Apple’s home automation HomeKit, you need a Home Hub. In short, this is a dedicated device, in the home, which is the central spoke on the wheel that is the smart home. Without a Home Hub, you can’t control HomeKit peripherals outside the home.

Apple sells three categories of devices that can act as a Home Hub: the Apple TV, the HomePod, and the iPad. Each of these devices offers a set of overlapping features that would be useful in a single product.

Users can command the HomePod to play music, control their home, send messages, or provide information by voice. There is no dedicated screen for the HomePod, but some functions can be controlled through devices such as an iPhone, iPad, or Mac.

The benefits of owning a HomePod include great room-filling voice and audio commands for HomeKit actions. Apple hoped this would be enough to justify the $ 350 price, but it was eventually deemed too expensive and saw a price cut to $ 299 before its final discontinuation in March 2021.

The limitations of the HomePod are related to its form factor. It does not have a screen nor can it launch content to other screens. In most situations, it would be better for users to get information from Siri on their iPhone, where the data is displayed and can be referenced.

Using an iPad is often a suggestion to fix the limitations with HomePod, but this presents a new set of problems. For example, which family member would log in with their Apple ID, leave it unlocked, or share the passcode? This concern alone leads to a number of privacy and security related issues. Creating a fake Apple ID is not always an option, as some families may already have six members.

Like the HomePod, the iPad is excellent as a Home Hub, as it can be placed anywhere. However, due to the portable and personal nature of the iPad, users may not want to have a dedicated iPad restricted to a wall or countertop.

The iPad also doesn’t have as many microphones as the full-size HomePod, and you won’t hear alternate voices. There is also the problem of internal battery drain or screen wear. An “Apple HomeHub” desktop device would take care of an always-on display in software where the iPad doesn’t have those considerations.

Apple could solve the iPad problem by adding multi-user support. This would allow authentication systems such as Touch ID or Face ID to work between users of the device. The option to add Apple Watch unlock to iPad for family members would require each member to have their watch connected to the iPad.

Apple TV: you need a screen, a good media interface, no microphones that always listen

Apple TV 4K and Apple TV HD can function as Home Hubs. They need a television to display information and can be placed anywhere you want a screen.

TvOS software enables multi-user compatibility and simplifies media search. HomeKit also has a presence here with the integration of the HomeKit camera and scene controls.

Apple TV cannot hear voice commands on its own and can only receive voice or touch commands through the Siri Remote. There are no microphones on the Apple TV hardware.

Users cannot access sensitive data or login information when browsing Apple TV. Only relevant apps are available and purchases can be hidden behind a password.

Apple could borrow from other products for the ‘HomeHub’ design, such as the Pro Display XDR

Each of Apple’s Home Hubs has strengths and weaknesses based on its form factors. Apple could benefit from offering a new product within the Home Hub category that combines the best of each.

The hybrid “HomeHub” would be similar to the HomePod in being a dedicated speaker with great sound, having an iPad-like screen, and displaying apps and data via tvOS.

The current HomePod and HomePod mini run tvOS. This means that they already have the necessary frames to display the tvOS interface, apps, and features.

Apple could add features like iMessage and FaceTime to the “HomeHub.” The code was discovered by MacRumors on tvOS showing that Apple has added FaceTime and iMessage frames, along with a new AVFCapture frame related to image capture.

After authenticating a specific user using biometrics, passcode or Apple Watch, the “HomeHub” would allow access to features such as FaceTime or iMessage for a particular user. Otherwise the hub would only display the HomeKit controls and a screen saver.

All of these things add up to a cool new device that would compete with similar offerings from Amazon and Google.

Apple’s HomeKit is available on all of its devices, but it lacks a central hub

A recent report cites home automation control as one of the most important drivers for smart home displays, and it is expected to continue to grow by more than 30 percent in the next few years.

Google markets its own smart display under its Nest brand, calling it the Nest Hub. The latest version of the device was launched in March 2021, with even more smart home improvements.

Amazon has its own smart display and an army of third-party Alexa-enabled smart displays that work similarly with Alexa-approved smart home devices.

As is, there is no smart display available that can control HomeKit devices. Some devices, like Hue bulbs, work with Alexa and Google Assistant and Amazon and Google smart displays by extension. Still, devices that are only compatible with HomeKit, such as Eve and Logitech devices, are left in the cold.

This creates a hole for HomeKit users who then have to choose between jumping to Amazon Alexa or Google Assistant and ditching HomeKit and Siri or creating their own from an iPad on a stand. But as we discussed, the entry-level iPad has sub-par speakers and doesn’t have an on-dash UI suitable for a central command center at home.

A proper Apple smart display could encompass controlling HomeKit devices, act as a Home Hub, and possibly even open up a new category for third-party HomeKit devices.

Like the HomeKit Home Hub, it could work similar to a HomePod or Apple TV. It would be responsible for controlling your HomeKit Secure Video cameras, providing remote access to your devices, and acting as an edge router for your Thread devices.

As it stands, third-party devices do not have access to HomeKit camera power and cannot control HomeKit devices outside of limited button support. Ring and August users can have their Brilliant smart wall panel display right at their doorstep. Brilliant can control your Hue bulbs, your shade, your Sonos speakers, and it can even show up in the Home app as a switch, but it can’t control specific HomeKit devices.

If Apple explored this route, it could unlock this ability for third-party products like Brilliant and allow them to view their cameras and control their HomeKit devices.

This route would give us a real Apple smart display with full support and control for your HomeKit devices, a live view of your camera signals, as well as unlocking new features for third-party HomeKit devices.

The Apple Home used to demonstrate the HomePod mini

Apple has not yet given up on the smart home. HomeKit devices are becoming more widely available and the addition of Thread makes things work even better.

In 2019 it was reported that Apple was hiring more staff for the HomeKit team. Apple’s product schedules typically span around two years, so expect announcements of this revamped initiative soon.

Apple needs to launch new products to compete at home. Whether it’s an “Apple TV 6” or a “HomeHub,” something must change the customer’s perspective to gain traction in the space.