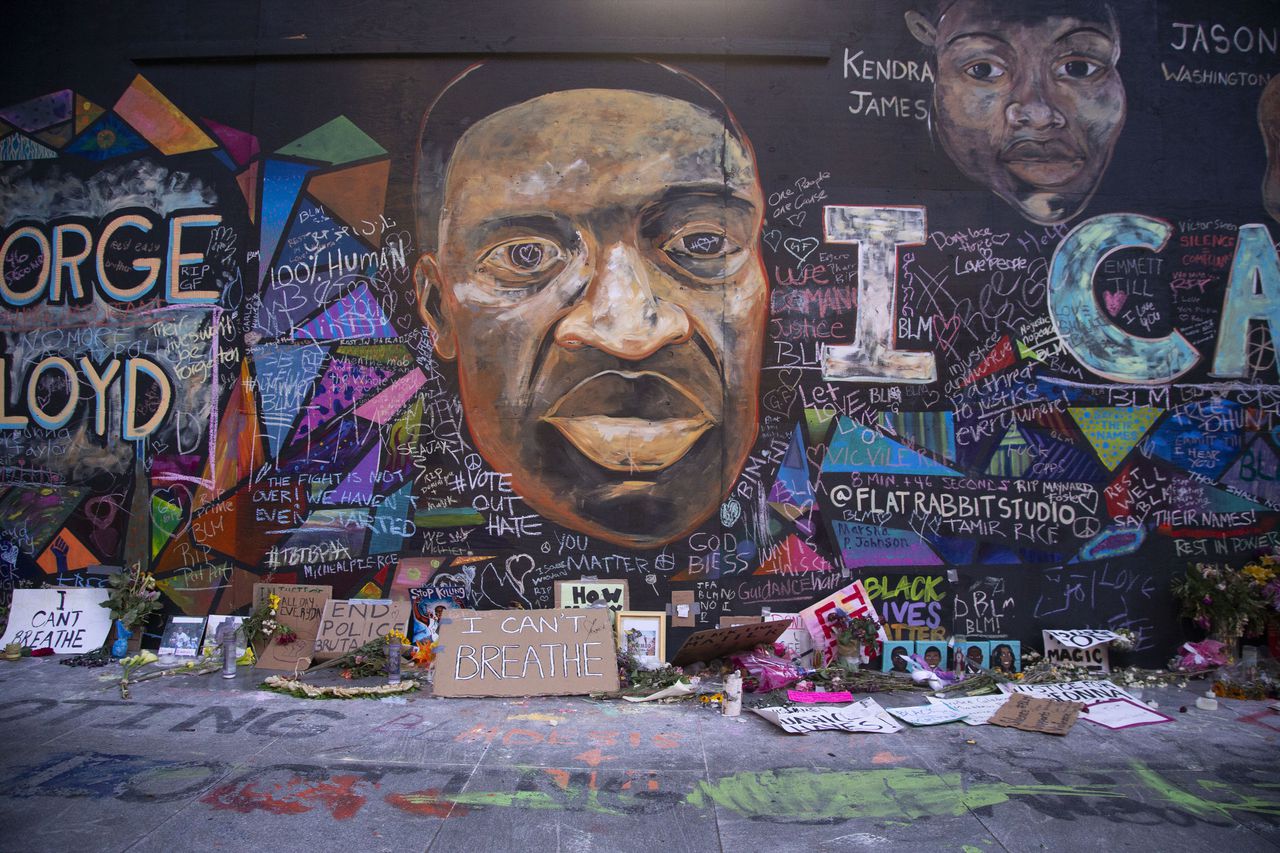 This week’s newspaper PDX has not written in its newspaper, “The panels were witness to the ups and downs of this summer and calls for action against institutional violence and white nationalism that so reflect the reactions.”

Apple’s downtown Portland location is surrounded on three sides by floor-to-ceiling windows. Like many downtown merchants, the store has been up since June amid nighttime civil rights protests that went through the summer and sporadic acts of vandalism that continued through the fall.

Portland artist Emma Berger started a mural on 1 June on Apple’s Black Plywood with a painting by George Floyd and the phrase “can’t breathe.” It was soon joined by other artists who added pictures and names of other African Americans killed by police violence.

“Artists in the Portland community reunited the empty canvases around our Pioneer Place Apple Store and created a monumental art work honoring the ongoing battle for justice and the lives of George Floyd, Bryo Taylor and Ahmed Erbe. Apple stands in support of artists and all those fighting for social and racial justice, ”Apple said in a statement on Friday.

The company said, “We are honored to host the murals and are very happy to hand over the artwork to Not Shoot Shoot Portland in support of their advocacy for social change.”

The Portland mural took on historical significance last summer as it became a national symbol of protests and unrest over police violence.

Apple’s downtown store has closed since May 31 due to Portland protests. Several other downtown merchants have also closed, as offices and pedestrians with coronovirus epidemics evacuated the downtown core.

Don’t Kill PDX features an image of the mural on its webpage. The organization, which opposes racism and police violence, did not immediately say how it plans to use the mural or if it is suppose to display it publicly.