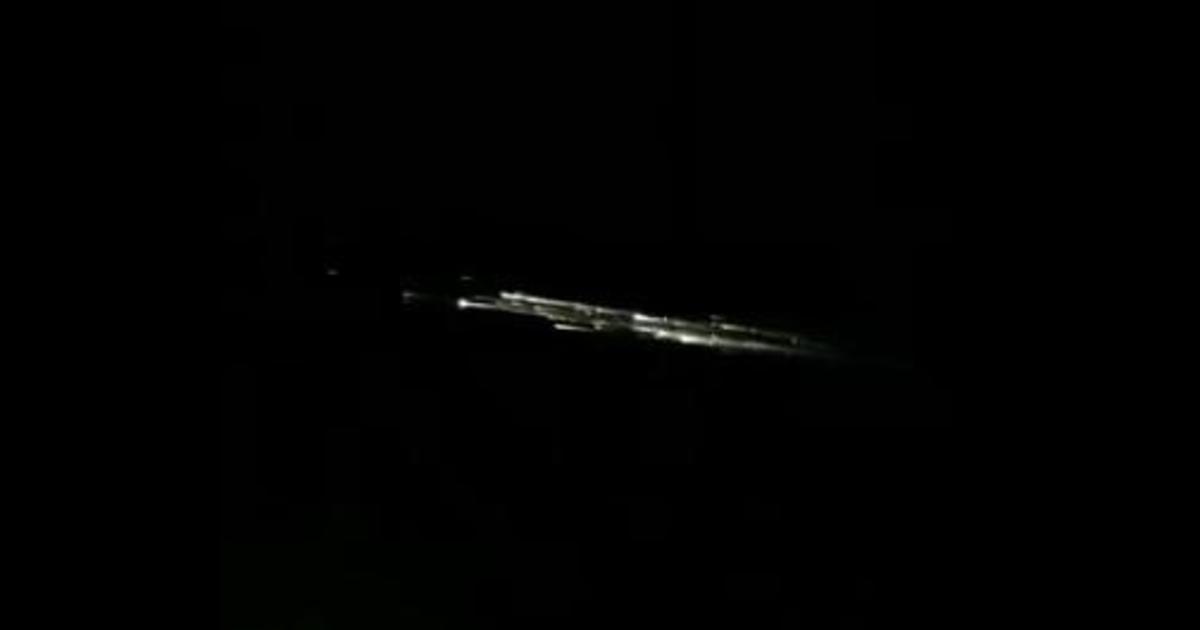 A streak of light in the night sky over much of the Pacific Northwest on Thursday sparked much speculation among Earthlings. It turns out that its origin was apparently very earthly: space debris re-entering the atmosphere.

As CBS Portland, Oregon affiliate KOIN-TV put it, “Was it a meteor? Space junk? Aliens? Probably not. … Whatever it is, it lit up the Oregon night sky just after 9pm. .. publications on social networks.

“The view was summarized by @kaallori:” Meteor? I don’t know what that was, but it was spectacular. ‘

CBS Seattle affiliate KIRO-TV said that for the first time it appeared to be a meteor shower.

But KIRO chief meteorologist Morgan Palmer said: “The relatively slow rupture speed seems to me to be probably a satellite, a piece of rocket, space junk, something like that broke on reentry. Something that was in orbit. from Earth. Meteorites would generally be moving much faster as they burn up. But we’ll see! “

Viewers called KIRO to report what they were seeing. They also called the National Weather Service.

The service bureau in Seattle then tweeted the likely explanation, saying: “While we await further confirmation of the details, here is the unofficial information we have so far. The widely reported bright objects in the sky were debris from a Falcon rocket. Second stage 9 who was unsuccessful in a desorbitation burn. “

Astronomer Jonathan McDowell tweeted that it was from a March 4 SpaceX launch of Starlink satellites.

Jim Todd of the Oregon Museum of Science and Industry in Portland told KOIN that it was very exciting that so many people saw it. “Everyone in the Pacific Northwest could see it,” he said.

He is not sure if any of the debris reached the ground. “Could there be debris? Certainly. But it was burning.”

KIRO reported that weather service officials said they had not heard of any impacts in western Washington.